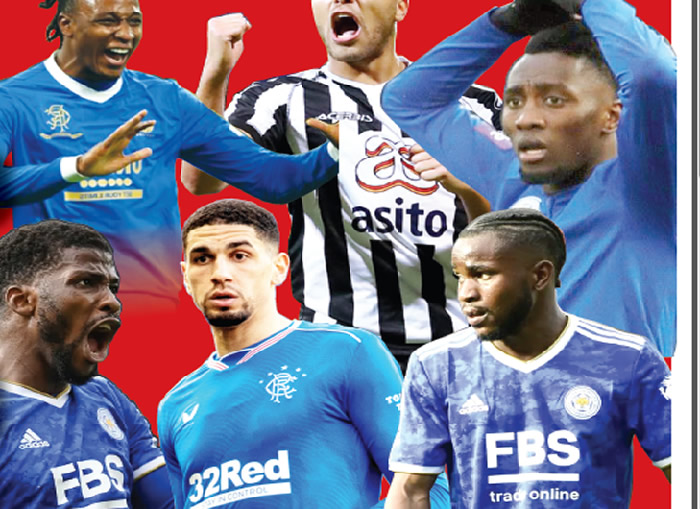 With the decisive UEFA Europa and Conference League semi-finals set to take place on Thursday (today), a number of Nigerian players will be in action in the hope of helping their teams qualify for the final at the Ramón. Sánchez Pizjuán in Seville (Europe) and the Arena Kombëtare in Tirana (Conference).

Below are some of the country’s stars battling it out for places in Europe’s second tier football finals:

Ademola Lookman was Leicester City’s savior by forcing Roma’s Gianluca Mancini into an own goal to help his side win a 1-1 draw at the King Power Stadium last Thursday.

As well as Lookman, who has been impressive in the league, fellow countryman Kelechi Iheanacho also found his feet in the Foxes’ 3-1 loss to Tottenham Hotspur on Sunday in the Premier League.

The two Nigerian players are hoping to score their first goals in the competition, while also hoping to book a place in the final against the fanciest Roma.

Dessers was Feyenoord’s hero in their 3-2 semi-final first leg win over Olympique Marseille in Holland last week and the club will be banking on his incredible performance this campaign to progress to the final.

The one-capped Super Eagles striker is the competition’s top scorer with 10 goals in 11 games and has been a nightmare for defenders in the competition.

Dessers hopes to help his team become the first team to beat Marseille at the Orange Velodrome in European competition this season.

Nigerian trio Joe Aribo, Calvin Bassey and Leon Balogun are on the back foot for this draw, as Glasgow Rangers trail 1-0 from the first leg in Leipzig.

Gers thought the game was heading for a goalless draw but Angelino struck in the 85th minute to help the German side take the lead heading into the second leg.

Aribo and Bassey have established themselves as key players in the Rangers squad.