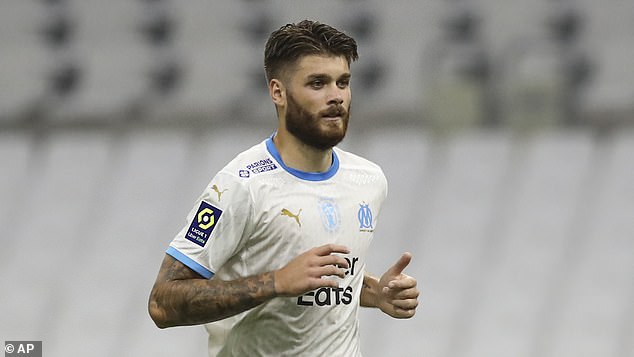 West Ham had an offer to sign Marseille defender Duje Caleta-Car on loan rejected by the French club.

The Hammers also offered an option to buy as part of the arrangement, but the offer was rejected by club chairman Pablo Longoria.

Marseille are ready to let centre-back Caleta-Car leave this month, but only on a permanent deal.

The Croatian has also been linked with Newcastle, Wolves and almost joined Liverpool a year ago.

He has 18 months left on his contract and is valued at around £15million by his French club.

Caleta-Car went from last season on the bench under Jorge Sampaoli to this season as a regular starter.

Caleta-Car has been on West Ham’s radar for some time, including last summer, before securing the signing of Kurt Zouma from Chelsea.

The possibility of a move for Caleta-Car has resurfaced with manager David Moyes keen to bring in another centre-back, as well as the striker, and Angelo Ogbonna out for the rest of the season.