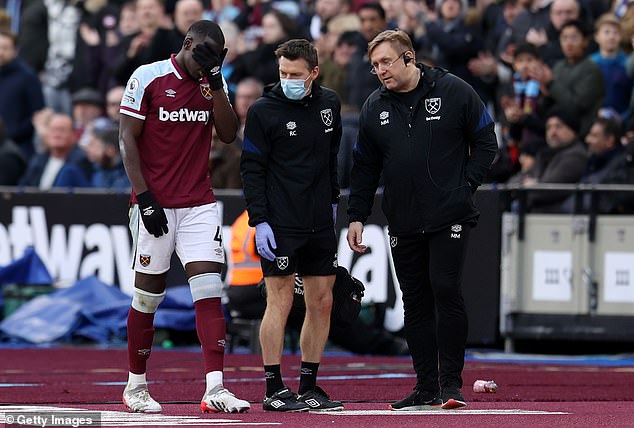 By Adrian Kajumba for the Daily Mail

West Ham have stepped up their search for a new center-back after confirming Kurt Zouma suffered a serious hamstring injury.

Zouma’s summer signing faces months of absence after scans confirmed he damaged a hamstring tendon in Saturday’s 3-2 win over Chelsea.

And with Zouma’s setback barely a month after Angelo Ogbonna suffered a season-ending cruciate ligament injury, West Ham’s need for reinforcements next month has increased further.

But Ogbonna and Zouma’s injuries should push him forward with new investigations made this week as they weigh their options to strengthen their backline.

Moyes is a longtime admirer of Duje Caleta-Car from Marseille and James Tarkowski from Burnley.

Niklas Stark of Hertha Berlin also appeared as an option. Both Tarkowski and Stark are heading towards the final six months of their contracts.

Without first-choice pair Ogbonna and Zouma, Moyes has Craig Dawson and Issa Diop as his last fit center-backs.