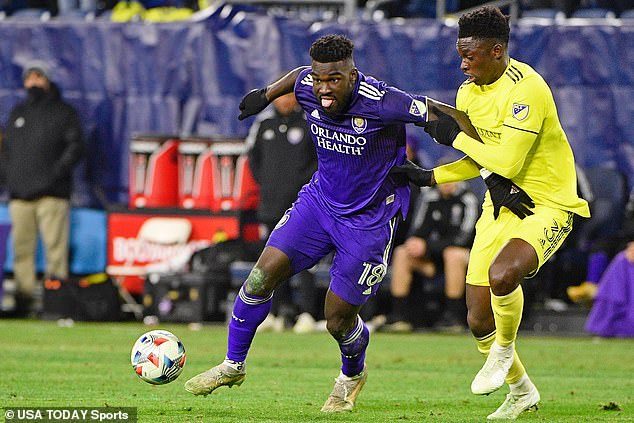 West Bromwich Albion are in talks on a loan deal for Orlando City striker Daryl Dike.

The 21-year-old United States international has previously worked under manager Valerien Ismael at Barnsley, scoring nine goals in 14 starts on the way to the play-offs and is now set to help his former boss in Albion’s promotion bid.

A number of clubs have followed Dike’s form over the last MLS season, where he scored a further 11 goals, with Crystal Palace, Leeds United and Newcastle all linked.

Albion have been lacking in goals compared to their promotion rivals this season and Ismael has been looking for a solution.

Aston Villa’s Keinan Davis, Arsenal’s Folarin Balogun and Toulouse’s Rhys Healey are among the names that have been discussed but Ismael knows what Dike can provide and wants the American to strengthen his attack.

Talks are ongoing with Albion set to make the move permanent this summer.

Albion have also made a new contract offer to their highly rated teenage prospect Reyes Cleary, but are wary of competition from Bayern Munich for the 17-year-old centre-forward.