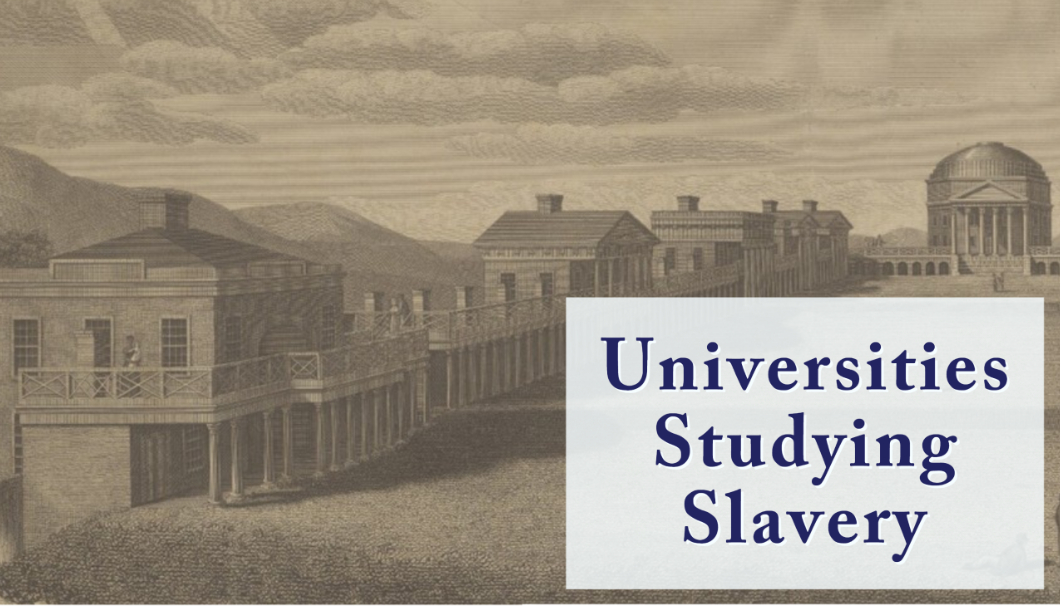 
Vanderbilt University has become the newest member of the Universities Studying Slavery consortium as part of its reinvigorated commitment to tackle racial injustice while working for a more inclusive and welcoming university community.

“Vanderbilt’s membership in this consortium demonstrates our commitment to a rigorous study of our institutional history” Chancellor Daniel Diermeier mentionned. “We recognize the importance of exploring and recognizing the legacy of racial injustice and segregation through rigorous scholarship and research.”

The consortium, created and led by the University of Virginia, began in 2014 with five colleges and universities in Virginia actively seeking their institutional links with the slave trade.

Today, more than 70 institutions work together within the consortium to address historical and contemporary issues related to race and inequalities in academic communities and higher education in general.

“We look forward to opening up dialogue and engagement with our partner schools as we develop and share best practices related to one of Vanderbilt’s highest priorities: deepening the principles of diversity and inclusion in the workplace. whole university, ”said Dr André L. Churchwell, Vice-Chancellor for Equity, Diversity and Inclusion and Director of Diversity. “We will continue to develop a campus culture and programming that makes every member of our community feel welcomed and supported. “

The consortium holds biannual meetings to discuss strategies, collaborate on research, and learn from each other.

Vanderbilt’s faculty lead numerous studies and research projects related to stories of slavery and racial injustice, both in Nashville and across the world.

Digital Archives of Slave Societies, who has preserved over a million images of endangered ecclesiastical and secular documents related to Africans and people of African descent in slave societies. The archives, founded and managed by Jane lander, Gertrude Conaway Vanderbilt professor of history, has documented the lives of approximately 6 million free and slave Africans, their descendants, and the Indigenous, European and Asian peoples with whom they interacted.

Postdoctoral Research Fellow Daniel genkins, who is the executive director of digital archives, works with the Data Science Institute to automate the extraction of information from archival archives.

The archive’s collection continues to grow. Emeritus professor of history Marshall Eakin recently concluded a project from the British Library’s Endangered Archives Program that digitized notarized documents in two locations in Paraiba, Brazil. The archives have also funded a new project in Guadalajara, Mexico, and are waiting for their archives to reopen after the pandemic to receive their scanned documents.

Drawing on the work of the digital archives of slave societies, the Transinstitutional Program on the International Initiative for the Study of Slave Societies advanced collaborative research as well as public history and community outreach programs.

Landers and Sharfstein are now working with Jim schindling, visiting scholar Vanderbilt, to develop an online map of Historic Black Nashville. Research by professors and students uncovered a free and vibrant pre-Civil War black community that was closed and largely wiped out. They included a Hotel Afrique for black sailors who sailed up and down the Canada River to New Orleans and a free black school that continued to reopen despite racist attacks.

Mapping Black Litigants and Lenders in the Pre-War South

Kimberly Welch, assistant professor of history, works with Jim Schindling to map black networks drawn from his two book projects. Black litigants in the pre-war south draws on handwritten lower court cases and includes over 1,000 examples of black litigants using the law on their own, often successfully. She now enters the relational data from these court cases into Schindling’s Spatial Historian tool.

Welch will add recordings of his current work, Stability of Fortunes, which recreates the world of black moneylenders in the pre-war southern United States who formed credit relationships with whites and other people of color in New York City; Philadelphia Cream; London; Liverpool, England; Paris; and Marseille, France.

Engine for art, democracy and justice, founded and directed by Marie-Madeleine Campos-Pons, Cornelius Vanderbilt art teacher, offers virtual conversations and artistic collaborations focused on healing, unity and care at a time of significant social unrest in the world. The EADJ’s transinstitutional partners are Fisk University, the First art museum and Millions of conversations. Works by African-American composer Julius Eastman and a large-scale installation by Ghanaian artist Ibrahim Mahama in Fisk were on display this spring.

Black lives and liberation series, published by Vanderbilt University Press and co-edited by Brandon Byrd, assistant professor of history. The series has two broad goals: to explore social justice and the activism of black individuals and communities throughout history to the present day, including the Black Lives Matter movement and the evolving ways in which it is articulated and practiced in the African diaspora; and examining everyday life and culture, correcting worn-out “stories” that have excluded or denied the contributions of black individuals and communities or recast them as all-white efforts.

Circum-Atlantic Studies, sponsored by the Robert Penn Warren Center for the Humanities and co-directed by Jane Landers, Daniel Genkins and Theron Corse, professor of history, geography and political science at Tennessee State University, focuses on the themes of Atlantic slavery, colonialism and post-colonialism, most sessions centered on an invited lecture or discussion of a pre-circulated document. The participant research links Africa, Europe, the Americas and the Caribbean, and targets a range of constituencies on campus. The Warren Center also supports the Black Atlantic History Lecture Series, which invites leading Black Atlantic scholars to campus each February to discuss their research and publications.

The Warren Center, with support from the National Endowment for the Humanities, also offers a series of cross-institutional courses that use the campus as a living laboratory, providing future historians, architects, archaeologists, curators and engineers with unique hands-on experiences. These courses include archaeological digs around campus and archival research on the university, providing students with the opportunity to engage in the rich and complicated history of Vanderbilt and Nashville.

The most beautiful exhibitions to see in France this summer