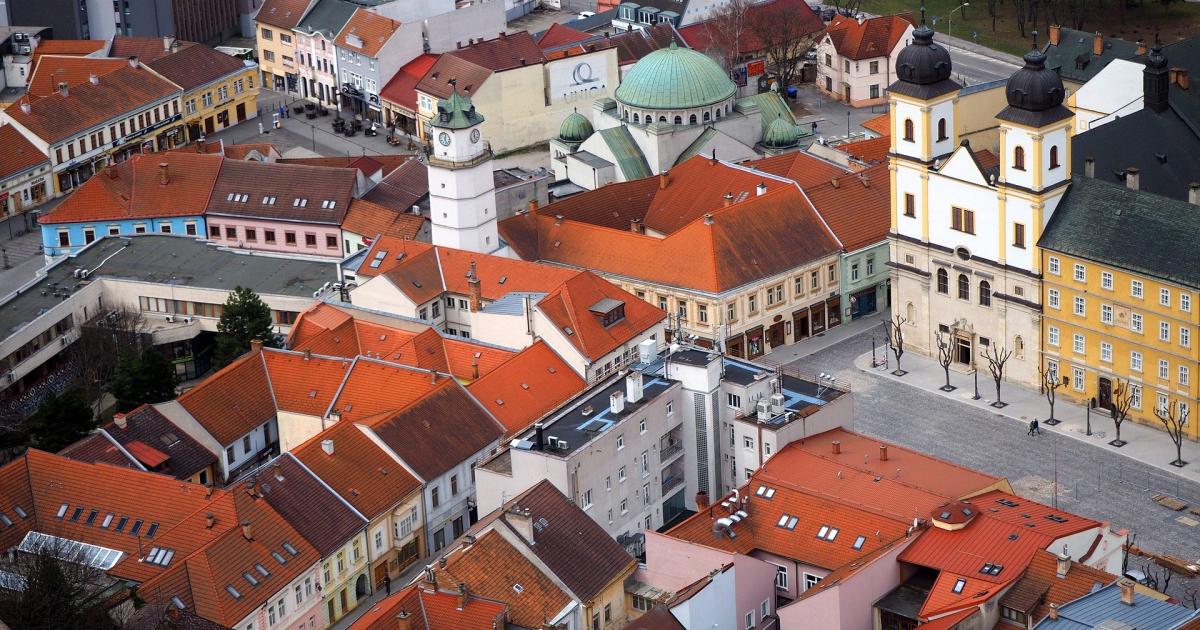 Trenčín joined the Finnish city of Oulu by becoming the European Capital of Culture 2026, after beating seven Slovak competitors for the title. Last week, the international jury chose the western Slovak city from the trio of finalists, which also included Nitra and Žilina.

Opportunity to accelerate the change of the city

“The European Capital of Culture project is another link in the mosaic of the transformation of our city that we started eleven years ago. The title gives us the opportunity to accelerate the planned change and to prove that our city and our region have enormous potential to become modern, open, European “, say it Mayor of Trenčín Richard Rybníček, as cited by the municipal website.

The mayor underlined that the candidacy was successful thanks to the support of the partner cities – the Autonomous Region of Trenčín with its cities, the Zlín region, the Ministries of Culture, Defense and Foreign Affairs, the University A. Dubček de Trenčín, volunteers and the business sector. He also expected the title to convince the young locals who had left the city in search of better opportunities to return.

2026 may seem like a distant reality, but the city has already rolled up its sleeves. Among the first movements is the establishment of the Trenčín Institute of Creativity, a non-profit organization that will oversee the Trenčín 2026 project.

Work has started on a number of Cultivating Curiosity events, including City reimaging, a project dealing with visual smog and public space, and Bridge of the Festival, which will transform a disused railway bridge into a new center of contemporary culture.

Thanks to an innovative sound installation, the old bridge practically sings under the feet of passers-by, whose footsteps unlock a song made up of 16 unique musical layers. The music for this interactive work of art was composed by young performer Tomáš Trník, alias Toello, from Trenčianske Teplice. Behind the project assisted by the Trenčín 2026 team is the Civic association TRAKT with partners from the cultural and technological sectors.

To support his candidacy for ECOC, Trenčín borrowed the Garage stage from the organizers of the Pohoda festival to provide local youth with a temporary venue for concerts and events during the fall months of 2021.

Trenčín is the second Slovak municipality to win the ECOC title after Košice, who held it in 2013 with Marseille in France. Once the city has completed its program of cultural activities in 2026, it could obtain the Mélina Mercouri Award worth 1.5 million paid by the European Commission, as was the case with previous holders of securities.

The European Capital of Culture initiative was proposed in 1983 by Melina Mercouri, famous Greek actress and former Minister of Culture, with the aim of promoting Europe’s cultural diversity. Naturally, the Greek capital Athens became the first to hold the title.

Unfortunately, the Covid-19 pandemic and the resulting restrictions torpedoed the programs of the three ECOC 2021 winners: Novi Sad (Serbia), Timisoara (Romania) and Elefsina (Greece). This has required a reshuffle, with Serbia joining Lithuania and Luxembourg in 2022, and Greece and Romania moving to 2023, when the Hungarian town of Veszprém will keep them company.