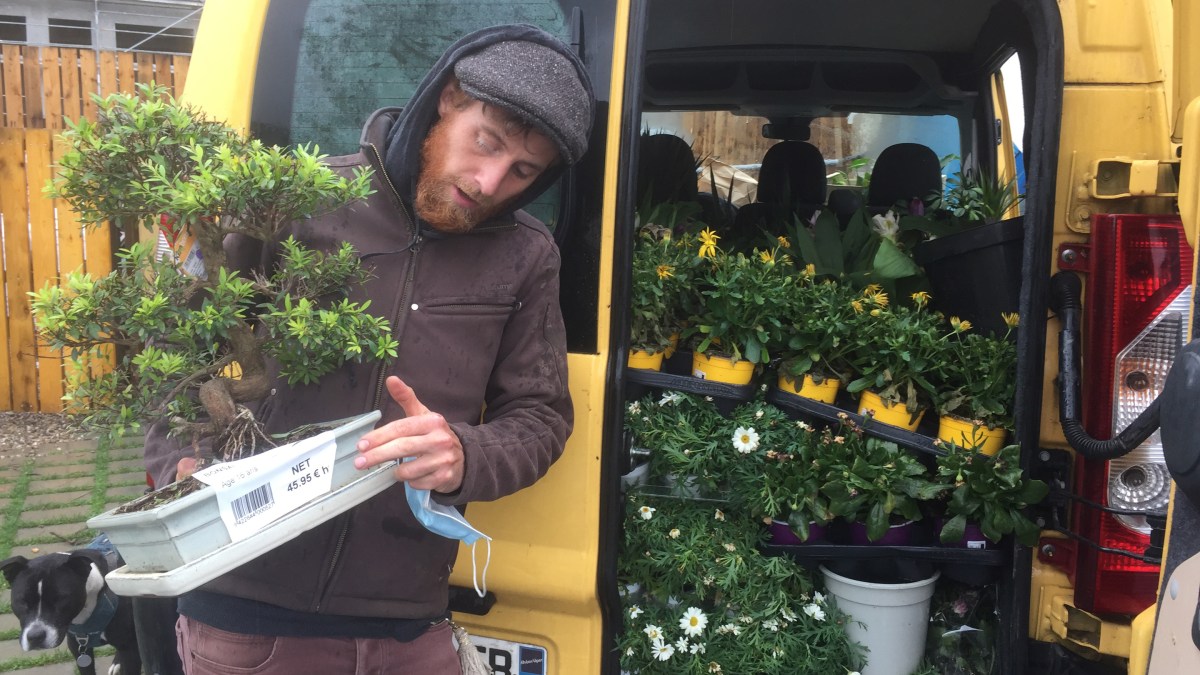 In a Lyon greenhouse, customers can observe germinating and flowering plants for sale – all of which were once intended for the trash.

The Plant Protection Society was founded by Nicolas Talliu, trained in landscaping. Talliu collects healthy unwanted plants and sells them.

Some plants are donated, such as a thigh-high orange tree that the previous owner no longer wanted to take care of. Most are plants that are no longer quite suitable for sale bought – at greatly reduced prices – from nurseries and wholesalers who would throw them away.

One recent morning, Talliu opened the back door of a van to show what he had just picked up. The van was full of plants. â€œThere is a 16-year-old bonsai tree that has lost a few leaves, for example. 16 years old, â€said Talliu, speaking in French.

He said he only has the capacity to save a fraction of the plants on the garbage path in his area. â€œPeople ask me if I know how many plants are destroyed. I do not. But I know I only have room for about a tenth of the plants they throw in the nurseries, on their own, â€Talliu said.

The houseplants and plants that people buy for their gardens have a large carbon footprint, Talliu said. â€œFor example, a cactus grown in Zaragoza, Spain, will typically be airlifted to a distribution hub in the Netherlands before being flown back south to Marseille for sale. Your cactus may have traveled two thousand miles before you bought it.

The city of Lyon has started to take notice. Deputy Mayor Nicolas Husson said he hopes the city can team up with Talliu.