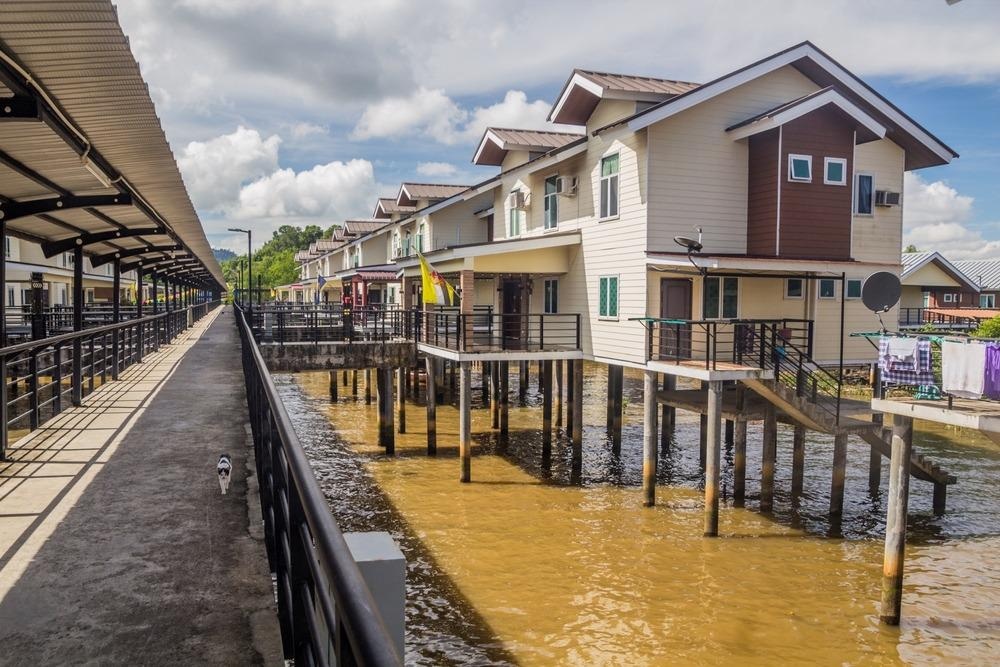 Stilts have been used since ancient times to raise buildings above ground level. They are commonly used in flood plains and on unstable ground to protect structures from damage caused by waves, rising water, and shifting sand and soil. This article will discuss their history, modern use, and perspectives on the subject.

History of stilts in architecture

Stilts have been a common architectural feature in the tropical regions and dense forests of Southeast Asia and South America and the coastal regions of Oceania and Europe for millennia. They have been used as functional regional architecture or a symbol of traditional spiritual and religious beliefs.

Stilt architecture has traditionally been used for many reasons, depending on the region where it is located. In coastal areas and near large rivers it is used to provide flood protection, and in other areas it is used to deter large animals, thieves and to provide additional ventilation.

Architecture on stilts experienced a revival in the 20and century, beyond a traditional functional and regional form. A hundred years ago, Le Corbusier breathed new life into architecture on stilts in his architectural concepts of the Five Points (the five elements of modern architecture) and La Ville Radieuse (his urban plan which aimed to create a happy life for the citizens.)

Pilotis by Le Corbusier: a modernist version of stilts

While many of Le Corbusier’s concepts were too absolutist and idealistic to be widely adopted, one of his methods has become one of the most representative examples of modern architecture. By raising the structure, the spaces can be used for purposes such as parking, social areas, green spaces and public roads.

Notable examples of Le Corbusier’s work include the Villa Savoye near Paris. By raising the building on stilts, he created continuity with the green space surrounding the structure. He found an even wider application of his method in the brutalist Unite d’Habitation in Marseille. In this structure, 337 apartments are elevated on a series of concrete columns.

Ever since Le Corbusier’s vision of modern life was first introduced, pilings have never really gone out of fashion, with new materials and aesthetic ideals driving the idea forward in the 21st century. While his intentions to provide city dwellers with a happier and more aesthetically pleasing built environment may have gone unheeded in his day, the growing interest of 21st century society in sustainable architecture has facilitated a revival of form.

How can architecture on stilts meet the requirements of the 21st Century?

The demands of society in the 21st century are different from those of previous centuries. The growing urgency to fight climate change has crystallized efforts to develop new production and construction paradigms.

Increased flooding and the threat of sea level rise due to human activity and rising global temperatures have made coastal areas more vulnerable to damage. Raising structures on stilts above expected levels of flooding and sea level rise increases the safety of people living in coastal areas and on floodplains. It also helps to limit the costs of repairing damage to structures, which can run into billions of dollars.

Additionally, by marrying the concepts of stilt housing and modular architecture by attaching stilts and then installing prefabricated building units in factory environments, construction cost and time can be significantly reduced. Yard space can be increased without sacrificing interior space which can be used to create larger living spaces. The great adaptability of the architectural form can be used in areas that are traditionally difficult to build, such as hillsides.

Moreover, with increasingly dense urban populations and urban sprawl, it is possible to envision a more sustainable concept of future cities. Smarter use of available space can become the norm, reducing the need for parking space and improving residents’ quality of life.

Examples of modern architecture on stilts

Today, there are many examples of stilt architecture around the world. Examples include residential housing, commercial buildings and educational centers. Examples are found all over the world, from the United States and the Americas to Europe, Asia, Africa and Oceania.

In countries like the UK and the Netherlands, pilings have been used in the construction of restaurants to provide panoramic views and improve the use of space. Residential buildings such as the Farnsworth House in Illinois, the stilt houses on the Bolivar Peninsula in Texas, and the Tacna Hill Beach House in Chile are prime examples.

In Takaoka, Japan, housing was designed with 70 centimeter concrete pilings to protect it from flooding and heavy snow. In Madrid, stilts have been used as interior design elements. Overwater architecture has been used in Japan to provide Tsunami refuge towers, improving the safety of coastal residents.

The use of stilts for modern buildings offers practical and aesthetic benefits to people around the world, and the history of this architectural idea has its origins in antiquity. However, a major drawback of these structures is their accessibility, making them extremely difficult to provide for people with reduced mobility.

Despite this design challenge, overwater and elevated architecture is undergoing a revolution around the world. Indeed, the interest in stilted architecture is exemplified by Matthew Pratt winning joint third place in Dezeen’s Redesign the World 2021 competition for his proposal to use elevated cities for future human activities. It is not difficult to conclude that stilt architecture may be one of the most enduring architectural ideas in human history.

Disclaimer: The views expressed herein are those of the author expressed privately and do not necessarily represent the views of AZoM.com Limited T/A AZoNetwork, the owner and operator of this website. This disclaimer forms part of the terms of use of this website.