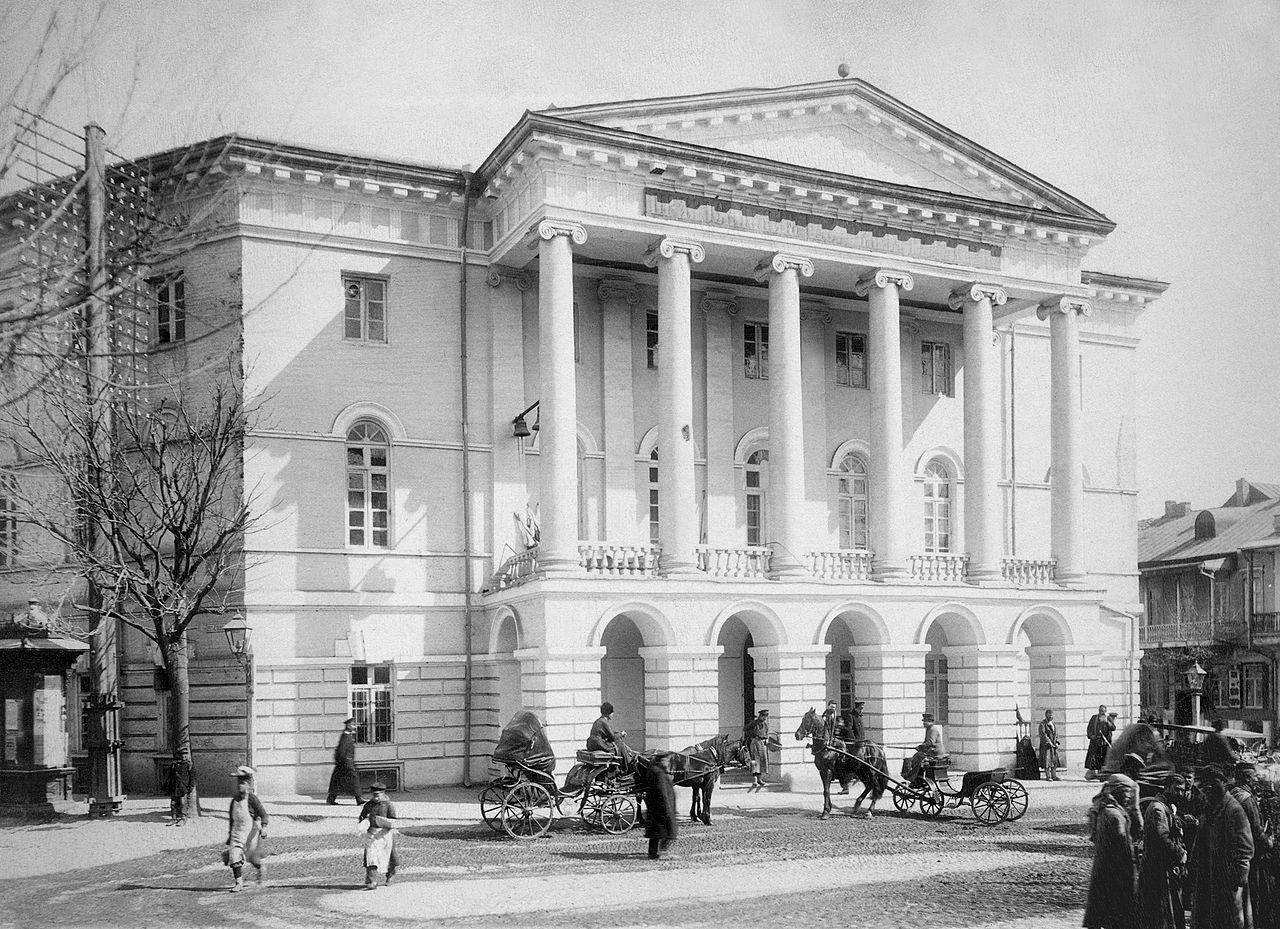 Few people in Georgia doubt that the Museum of Fine Arts in this country is in need of urgent renovation. But civil society is increasingly concerned that it will be completely demolished.

The Shalva Amiranashvili Fine Arts Museum in Tbilisi is home to over 90% of Georgia’s tangible cultural heritage.

For how long is less and less clear.

The museum’s collection focuses on around 40,000 pieces, from medieval icons to avant-garde paintings, which were rescued by Georgian historian Ekvtime Takaishvili, who during the occupation of Georgia by the Red Army in 1921, took the precious works of art to France.

This treasure, filling 39 huge boxes, was shipped to Marseille and placed in a bank deposit, then transferred to Paris. It was not returned to Georgia until after the end of World War II.

The museum building, which dates from 1835, is one of the oldest neoclassical constructions in Tbilisi. It previously served as a hotel and even housed a theological academy, where Joseph Stalin himself was enrolled to become a priest.

However, the nearly 200-year-old building now needs to be restored as some parts are badly damaged.

For several years, the curators have been developing a collection storage plan before renovations begin.

But since July, the fate of the entire building has been called into question.

On July 4, a newly created Ministry of Culture, Sports and Youth announced that since March it has been “looking after” the museum and having carried out a first expert study to assess the state of the museum and its collections.

The expert study, which was conducted by a company named Caryatide, said the exhibits had to be moved because the building needed immediate rehabilitation.

While the ministry did not include plans for the restoration of the building in its announcement, it has nevertheless started to clear the museum.

This seemed to confirm some fears that the state was unwilling to save the building, seeing its restoration as technologically unsustainable and far from financially “profitable”.

Earlier, rumors had circulated in the media that the museum’s new director, Nikoloz Akhalbedashvili, had announced an emergency meeting of staff who were told the collections had to be moved because the current building could not be repaired.

In the meantime, the newly created ministry demoted museum director Eka Kiknadze, who had been working on the evacuation plan for years with her team of experts.

His team was left out of the relocation process, now led by a lawyer, journalist and art critic.

The ambiguous announcements from the ministry and the new museum management created new public fears about the fate of the museum building and provoked public outrage.

Civilian activists, cultural experts and even museum employees have formed a human chain to “physically protect the museum” and demand the restoration of the building and the return of the museum collection upon completion.

According to Sophia Kilasonia, a cultural policy researcher, the ministry’s announcement indirectly hinted at the possibility of demolishing the historic building.

“Twenty years have passed since the start of discussions on rebuilding the museum. Several international companies were working on a rehabilitation project, and it was not news that the museum needed to be rebuilt. It just needed financial support and intellectual resources to evacuate the exhibits, ”she says.

The politicization of culture

Some civil society representatives believe the building may be of interest to Georgia’s richest man, Bidzina Ivanishvili, founder and former chair of the ruling Georgian Dream party.

In recent years, Ivanishvili has funded the construction of the Panorama Tbilisi multifunctional project in the heart of the city. The modern glass building is located right next to the art museum, and for many, an unsympathetic contrast to the architecture of the old town.

“Panorama Tbilisi lacks sufficient space for infrastructure development,” explains Kilasonia. “This project was approved by the Ministry and the Tbilisi City Council due to a violation of the law and regulations on the city’s protected areas. They rewrote the regulation and adapted it to the Ivanishvili project. That is why Georgian society fears that the government will sacrifice [the art museum] to the project ”, she said Emerging europe.

Amid the protests, the ministry released a new statement, which completely contradicts its previous comments.

He pledged to renovate the building in its entirety and stressed that it would remain the property of the museum.

Despite this positive turn, the Patriarchate of the Georgian Orthodox Church asked the ministry to move the Ancha icon of the Savior, known in Georgia as the Anchiskhati, to the city cathedral.

Experts fear the religious artefact may be damaged in the cathedral, which lacks the conditions to display or store an icon dated to the 6th century.

With local elections slated for October, however, some believe that despite this, the government might be happy to let the Patriarchate move the icon in order to appease religious voters.

“We should expect a traditional pre-election agreement between government and church,” says Kilasonia. “The Ministry [of culture] – rather than defending democratic cultural values ​​- speaks populist language and with quasi-nationalist narratives tries to appease the parish to get votes.

The appeasement of the Patriarchate could be beneficial for the ruling party, as the Georgian Orthodox Church enjoys immense support in Georgian society. The institution remains one of the main opinion makers in the country.

Culture, Sports and Youth Minister Thea Tsulukiani made the fate of the museum even more political by accusing the previous government of allowing the museum to “deteriorate” and by calling civil society protests “Provocations of the opposition”.

She also questioned the professionalism of the protesting museum employees.

This is not the first time that Tsulukiani has tried to politicize the Georgian cultural scene.

In July, Tsulukiani appointed Ioseb Tchumburidze, a publicist known for his anti-Western attitudes, as a jury member for a prestigious writing competition, Litera.

Other jury members and participants viewed the government’s appointment of its “representative” as a tool to take control of an independent cultural project and boycotted the competition.

“These developments are alarming because they demonstrate that the ruling party is trying to politicize the cultural sphere and use it to propagate its political ideology in society,” Kilasonia concludes.

Unlike many news and information platforms, Emerging europe is free to read, and always will be. There is no paywall here. We are independent, we are not affiliated with or represent any political party or business organization. We want the best for emerging Europe, no more and no less. Your support will help us continue to spread awareness of this incredible region.

You can contribute here. Thank you.