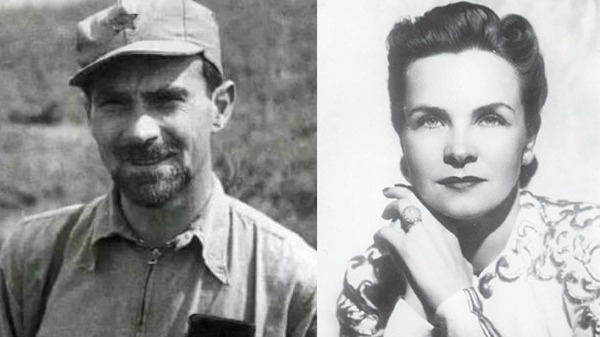 The Foundation is committed to perpetuating the Snow spirit

Adam Foster, a great-nephew of pioneering American journalist Helen Foster Snow, has long believed in the value of bridging nations through bringing people together.

Her great-aunt, along with Edgar Snow, whom she met and married in China, had championed the practice by bringing the Chinese Communist Party to the world through their writings on the Party and the Chinese Revolution.

If ever Adam Foster needed reinforcement on the need for people-to-people exchanges, he came in late January in the form of a letter from President Xi Jinping. Xi told Foster in the letter that he highly appreciates his family’s positive contributions to the development of China-US relations over the years.

The president highlighted the work of the Helen Foster Snow Foundation, an organization named after the accomplished journalist and writer who helped convey a more accurate picture of China to the world.

Xi said he hopes Foster and the Utah-based foundation will continue to follow the example of Edgar and Helen Snow.

Foster, chairman of the foundation, told China Daily’s Edgar Snow Newsroom, “I am grateful that the leaders of our countries understand the importance of people-to-people relationships, building bridges and working together. Our work has also received tremendous support from people across the United States and China, so for me, this is truly international friendship in action.

Foster said he was “very happy” when he received Xi’s letter, a precious delivery ahead of the Spring Festival. The president’s words of encouragement came in response to a letter Foster had sent him.

Foster decided to write to Xi as he took stock of the foundation’s achievements over the past four years to “highlight the spirit of international friendship, embodied by Helen Foster Snow.”

Last year marked the 90th anniversary of Helen Foster’s arrival in China, and Adam Foster said he wanted to thank the Chinese people for honoring his great-aunt’s work over the years.

Adam Foster has let slip that there is also a connection between Helen Foster Snow and Xi Zhongxun, father of President Xi. Helen Foster Snow encouraged her friend Rewi Alley to establish the Bailey School in Shandan, Gansu Province, in 1940 to help underprivileged children obtain an education.

“Later I learned that Rewi Alley had invited President Xi’s father to become an honorary principal of the Bailey school,” he said.

“Thus, the spirit of international friendship, which Helen started so long ago, continues today. And I think that spirit was really echoed in President Xi’s letter.”

With his great-aunt’s charity work in mind, Foster said China’s feat of lifting millions out of poverty counts as the most remarkable change he has witnessed over the years.

Foster said the foundation is committed to creating a platform for dialogue, engagement and practical cooperation focused on exchanges in the fields of education, culture and business, as well as in the sphere subnational.

To achieve this goal, the foundation works with universities, museums and other institutions to promote language learning, education and cultural exchange.

“For example, we are working with partners in Jiangxi Province to create a Utah-based Ceramics Cultural Center to share this incredible cultural tradition of ceramic art with Americans; with the University of Northwestern Xi’an, we are working to promote the Helen Foster Snow Translation Award will be a world-class translation competition,” he said.

The foundation also plans to establish a high-level award in the name of Helen Foster Snow to recognize those who have helped build bridges between the peoples of China and other nations.

Foster said that despite the COVID-19 pandemic, the foundation has held several events in Chinese provinces to share her great-aunt’s work as a photojournalist in 1930s China. “Events like these create a chance for subnational governments to engage and dialogue with each other on non-sensitive topics,” he said.

Last year, his daughter Makenna Foster was chosen as the Youth Ambassador to represent the United States at the Silk Road Children’s Envoy for Chinese New Year.

“We believe the best way to honor Helen is to continue the work she is engaged in, adapted to current conditions,” Foster said.

Adam Foster’s first connection to China came when he met a Chinese student in the south of France when he was 19. He was a volunteer for The Church of Jesus Christ of Latter-day Saints, a religion whose adherents are known as Mormons.

“When I was there, I met a young student named Ge Yi from Beijing who was studying art at the University of Marseille,” Foster said. “He was the first person from China I met. I told him I was related to Helen Foster Snow and he said, ‘Wow, your family is very famous!’ I didn’t really know what that meant at the time since I had never been to China.”

Of course, he heard about his great-aunt’s trip to China when the United States and China reconnected in the early 1970s.

However, he had no idea of ​​the impact she had on China and US-China relations. He remembered her mostly as a generous member of the family who, although not wealthy herself, helped pay for his father’s college education.

Helen Foster went to China in 1931 and reported on China for several American publications. There she met Edgar Snow and married him. In 1937, she traveled to Yan’an, befriended Red Army leader Mao Zedong, and gained full access to other Communist leaders and the military. His photos gave a big boost to Edgar Snow’s famous book Red Star Over China, which amplified Mao’s thought on the world stage.

The Snows also helped develop Chinese industrial cooperatives – the Gung Ho movement – ​​to create jobs and income for the Chinese to gain economic power against the Japanese invaders. She returned to the United States in 1940 and reconnected with China after President Richard Nixon’s visit to China in 1972. Little known in the United States, Helen Foster Snow is a household name in China.

Adam Foster has befriended Ge and calls him his very first Chinese friend.

“The most amazing thing was how much we looked alike. His sense of humor was similar to mine. He was honest, hardworking and very hospitable,” Foster recalled. “These are values ​​I was taught at a young age growing up in Utah culture, and I marveled at how someone who lived halfway around the world could be so similar to the people I grew up with.”

This encounter prompted Foster to read Helen Foster’s Snow My China Years after returning to Utah to attend college.

“I was fascinated by 1930s China, the courtship of Helen and Edgar Snow, the December 9 movement, the Xi’an incident, Helen’s escape from her hotel window to visit Yan’an and the Chinese Industrial Cooperative Movement (Gung Ho) had romance, adventure and intrigue. I remember thinking, this should be a movie!”

In 2016, Adam Foster was invited to China by Northwestern University in Xi’an and spent several days traveling to sites associated with Helen and Edgar Snow’s past.

In 2018, Foster traveled again to attend the groundbreaking ceremony of the Gung Ho Museum in Baoji, Shaanxi Province. There, he realizes how the model of industrial cooperatives of Utah promoted by Brigham Young, the first governor of Utah, was promoted by Snow in China and then in India.

Inspired by his great-aunt, Foster established the Helen Foster Snow Foundation in 2018 to continue his remarkable legacy of building bridges, and he has never looked back.

Get Easy Tribal Loans for Bad Credit at Heart