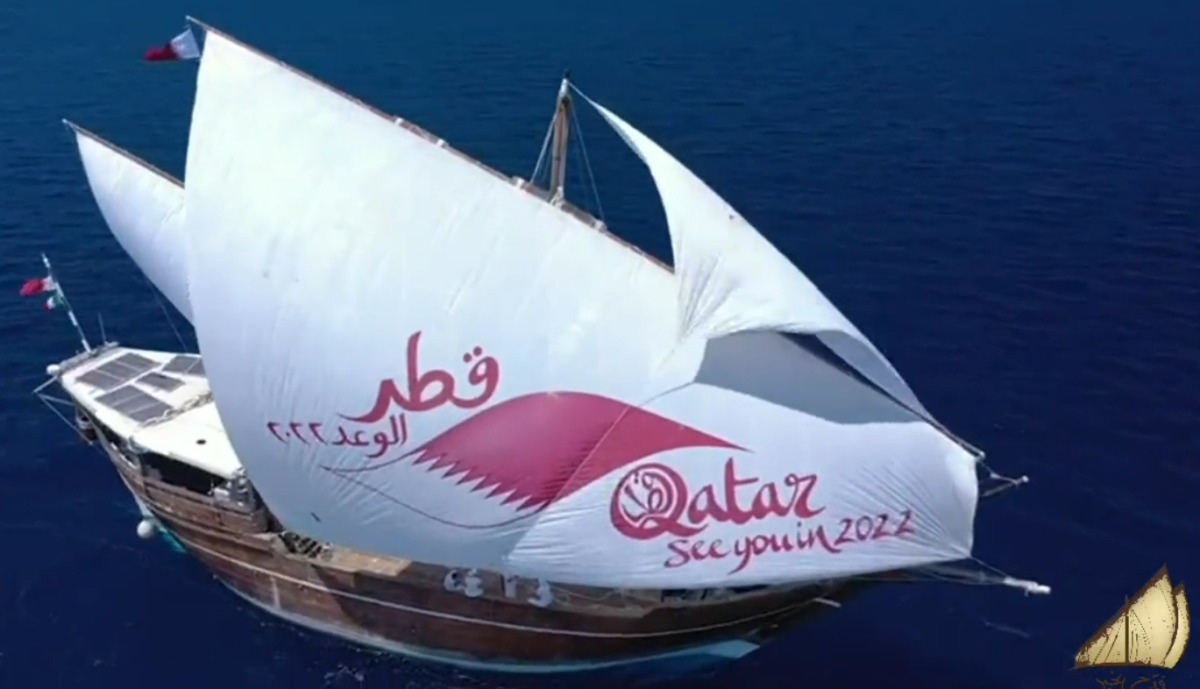 Fath Al Khair 5 after a launch ceremony at the Grand Hyper Marine Port of Valletta in Malta on July 4.

The Fath Al Khair 5 cruise is now heading to Italy, a week after starting its journey from Malta.

On July 4, she set sail after a launch ceremony at the Grand Hyper Marine Port of Valletta in Malta. Fath Al Khair must cross the ports of Sicily, Naples, Rome and Genoa in Italy.

After Italy, she will set sail for Monaco, Cannes and Marseille in France, and will end her journey at the port of Barcelona in Spain. The cruise route is approximately 5,700 km.

The trip will end in mid-August and will last about a month and a half. It will welcome travelers and publicize the FIFA World Cup Qatar 2022 while docking at European ports. Brochures and gifts organized by the Supreme Committee for Delivery and Legacy will also be distributed.

In 2019, the fourth edition of the cruise also handed out brochures and gifts to the public to promote the hosting and preparations for the sporting event in Qatar.

The crew, made up of 19 men, is led by Captain Mohammed Al Sada. In an earlier statement, he said the Fath Al Khair 5 trip will play an important role in promoting Qatar as a destination for major sporting and cultural events.

This will be accomplished by showcasing football fans and audiences from various countries as the journey travels to the FIFA World Cup Qatar 2022 and Qatar’s huge World Cup plans.

Cultural Village Foundation, Katara is the main organizer of Fath Al Khair. It aims to raise awareness in particular of the country’s maritime culture, which is an important part of Qatari identity.

The cruise is part of Katara’s ongoing efforts to promote cultural exchanges between Qatar and the Arabian Gulf region on the one hand and Mediterranean countries on the other. This is done with the aim of raising awareness of Qatari heritage, especially the maritime culture, as a means of cross-cultural communication.

Fath Al Khair’s fourth cruise had visited 11 different ports across Europe and North Africa. It started at Katara Beach and covered a number of countries including Turkey, Italy, Greece, France, Algeria, Spain and Tunisia. The third edition of the trip has meanwhile visited Kuwait and Oman.

The second edition, launched in 2015, traveled from Katara Beach to India. The cruise took seven days to reach India before returning to Doha.

It has a crew of 30 made up of experienced sailors, dhow repairers, cooks and technicians.

Her first edition sailed in 2013, with her first stop in Bahrain, followed by Saudi Arabia, Kuwait, Oman and the United Arab Emirates. He began his journey on November 22 before returning to Qatar on December 18, Qatar’s National Day.