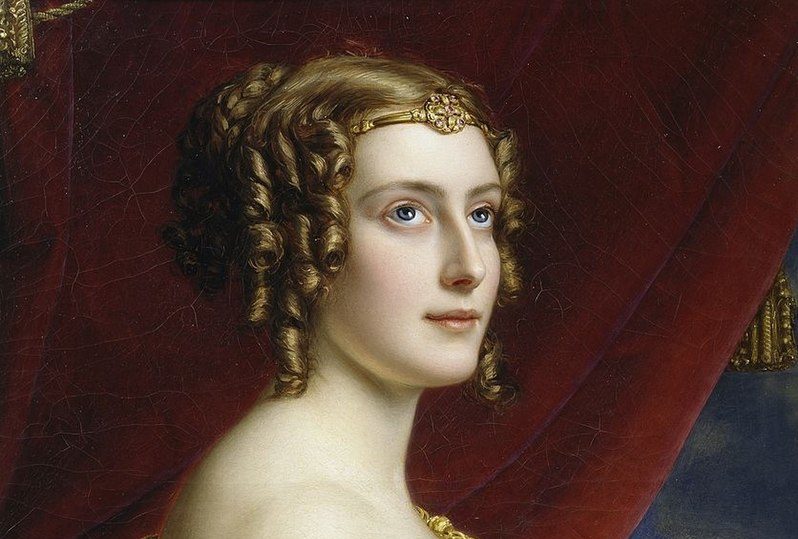 Jane Digby, who later became Lady Ellenborough, was one of the most famous adventurers of her time, even having an affair with King Otto of Greece – and his father – and then going to live in a cave with the Greek general Chatzipetros .

His exploits were so audacious for the time that they almost defy belief even today, to the point that reading any account of his life sounds like fiction.

Born in 1807 in Dorset, England, to an admiral whose spoils from his October 1799 raid on the Spanish galleon Santa Brigidia formed the basis of the family’s wealth, she may have been made for life of adventurer.

Marrying Edward Law, the Governor-General of India, in 1824 at just seventeen, she became Lady Ellenborough. But being married to a man several years her senior apparently wasn’t something Jane liked.

They had one son together, Arthur Dudley Law, who died aged two in February 1830.

This second scandal soon led to Lord Ellenborough divorcing her in 1830 – something extremely unusual at the time – by an extraordinary act of Parliament.

She then had two children by him, including Mathilde, “Didi”, born on November 12, 1829 in Basel, Switzerland, and Félix, born in December 1830 in Paris, who died only a few weeks after his birth. The affair with Felix ended shortly after their son’s death; Didi was then raised by Felix’s sister.

Digby meets Ludwig I, the father of King Otto of Greece

Turning a new leaf after leaving her daughter in the care of her aunt, Jane then left for Germany to become the lover of Ludwig I of Bavaria: and this is where the Greek connection comes in, for as we know, she was the father of the man who was to be called Otto, the king of the Greeks, the founder of this royal house.

However, her attention was then diverted to Baron Karl von Venningen, whom she met at the court of Ludwig, Munich, while out riding. Although it was well known that she was not in love with Venningen, he was head over heels in love with her and was willing to give her the social respectability of marriage. They married in November 1833 and had a son, Heribert, born January 27, 1833, and a daughter, Bertha, born September 4, 1834 in Mannheim, Germany.

An Englishwoman falls in love with Count Spyridon Theotokis

Digby may have met the Greek Count Spyridon Theotokis (b. 1805) at the court of the new King Otto of Greece – his lover’s son – who rose to power in the nascent modern Greek state in 1832. This time the attraction was mutual; by 1838 Digby and Theotokis had become lovers.

Jane’s husband, Baron Venningen, discovered the relationship between the two and soon challenged Theotokis to a duel, in which the Greek Count was injured, but survived. Having established his honor – at least by the standards of the time – the Baron then released Digby from their marriage and took care of their children for the rest of their formative years.

Incredibly, no doubt due to his many undeniable charms, Digby and the Baron remained friends for the rest of their lives.

Adventurer marries in Greece while still married in Venningen

Digby had a son, Leonidas, with Theotokis; he was born on March 21, 1840 in Paris. She later converted to the Greek Orthodox faith and married Theotokis in Marseilles, France in 1841 – although she was not legally divorced from Venningen until the following year.

The couple moved to Greece with their son and built a beautiful home there together. but tragedy was once again to visit Digby when six-year-old Leonidas fell from a balcony and died in 1846. Theotokis and Digby were divorced after this event, but Jane had already heard of Theotokis’s many affairs.

Digby soothed her grief by becoming a lover of King Otto of Greece, the dashing young man who was the second son of King Ludwig I of Bavaria. Otto ascended the newly created throne of Greece at just 17 years old. His government was initially led by a three-man regency council of Bavarian court officials, but he eventually removed them, ruling as an absolute monarch.

Digby on a date with King Otto, the dashing Revolutionary War hero Chatzipetros

As part of the social whirlwind of the court, Jane then met a hero of the Greek War of Independence, the Thessalian general Christodoulos Chatzipetros, the son of a wealthy Aromanian family. Born in the village of Neraidochori in western Thessaly, he first followed his family’s trade by working as a merchant. In 1819 he became a member of the Filiki Etaireia, rising rapidly through the ranks after the outbreak of the Greek War of Independence in 1821.

Chatzipetros remained in the army throughout the war, serving in central Greece and the Peloponnese under Kitsos Tzavellas and Georgios Karaiskakis, fighting with particular distinction in the battles of Neokastron and Arachova.

He was made chiilarch, meaning he had command of a thousand men, by Ioannis Kapodistrias, the first governor of the modern Greek state. King Otto of Greece then appointed him commander of the Royal Phalanx (a corps of veteran fighters from the War of Independence) of Eastern Greece.

Eventually, Chatzipetros rose to the rank of major general and was even appointed as Otto’s aide-de-camp, but his inveterate feminization led him to become involved in several sex scandals, including the affair with Digby. , as Queen Amalia of Greece demanded his dismissal from court.

Unwilling to sever their ties even after this very public slap in the face, amounting to expulsion from polite society, Digby became the equivalent of the “queen” of her band of fighters, as they lived together in caves. As part of his new life, Digby rode horses and hunted in the mountains with his newfound love.

Leaving behind his old life, Digby leaves for the Middle East

However, this exhilarating experience, like so many before, was not to last. She left Chatzipetros after discovering that he had been unfaithful to her with her maid, Eugenia. Taking the maid with her, she then set off on a new adventure – to the Middle East, where she said she had always wanted to visit.

Deciding to only be away for a month, Jane decided to make it a permanent trip, leaving everything and everyone she had known behind, for good.

By midlife, at the age of 46, having enjoyed the attentions of the King of Greece, a distinguished hero of the Greek War of Independence and a succession of princes, Digby was, incredibly, on about to embark on perhaps the greatest adventure of all. in his life.

Arriving in Beirut, en route to Jerusalem and Damascus, she raves about the new landscape she sees before her, writing in her diary “The world must be very rich in beauty if there are half a dozen places more beautiful than Beirut. Mountains, snow-capped peaks and rocks, and the city rising with spiers and domes.

Coming out of Jerusalem’s Damascus Gate towards Jericho, she met Sheikh Medjuel el Mezrab, a man 20 years her junior, on the road near Tiberias in what is now Israel.

Medjuel was a sheikh of the Mezrab section of the Sba’a, a sub-tribe of “the great Anizzah tribe of Syria”. The two married under Muslim law in 1853 and she took the name Jane Elizabeth Digby el Mezrab.

Jane had finally found marital happiness; their union was happy and lasted until his death 28 years later in 1881. Digby was nicknamed Shaikhah Umm al-Laban (literally “milk mother sheikha”) because of the pallor of her skin.

Digby wore Arabic dress and learned the Arabic language, adding it to the eight other languages ​​she was fluent in. Half of each year was spent by the couple in nomadic style, living in goat-hair tents in the desert, while the rest was enjoyed in a lavish villa she had built for them in Damascus.

She spent the rest of her life in the city, where she befriended Sir Richard Burton and Isobel, Lady Burton while the former was British consul.

Digby died of fever and dysentery in Damascus on August 11, 1881, aged 74, and was buried in the Protestant Cemetery. She was buried with her horse at the funeral.

On her foot, a block of pink limestone from Palmyra, a city she loved, bears her name, written in Arabic by Medjuel in charcoal and engraved in stone by a local mason. A small part of their lavish home still survives and is owned by the same family who bought it from Medjuel’s son in the 1930s.