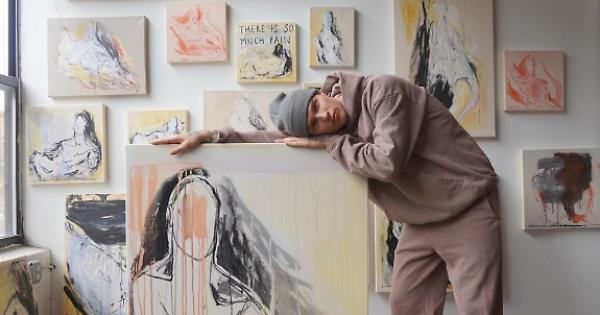 The art exhibition is the antidote to what happened before

AN art dealer known for his â€œBerlin Wallsâ€ exhibitions of 20th century German artists is diversifying with a new exhibition featuring contemporary works.

But he is making a quick comeback today (Friday) with his latest exhibition, under the name “Galerie Antidote”, which runs until Tuesday, June 16.

Simon said: â€œMy show at the Berlin Walls in May went very well. In fact, it was my most successful event.

â€œThe numbers were actually a little lower than I had hoped, given that I did a lot of marketing. I mean, we handed out leaflets all over the area.

â€œBut my sales were way above expectations and people who wouldn’t normally buy have come back.

â€œSo there’s definitely a bit of lockdown fever going on. You know, we’ve been looking at the walls for a year and we better fill this space with something.

â€œI think I was selling to people who would have watched it two years ago and been like, ‘Yeah, I like that but, no, I’m not going to spend that money.’ And now they’re kind of gone, ‘Oh yeah, we’ll have that.’

“It was a very positive vibe – there was kind of a buzz about it.”

With the government’s planned easing of the lockdown now underway, Simon literally wants his new exhibit to be the antidote to last year’s restrictions.

He says, â€œI managed to register the name Antidote Gallery, which is pretty cool.

â€œWe’ve all been locked up and, you know, part of the antidote is not just to jab yourself, but to get back to normal.

“An antidote is to go out and get involved in life again and see things and be in contact with people, buy things and enjoy the culture.”

With an emphasis on nudes and figurative works, Simon’s latest exhibition builds on his many travels through the art world as a collector, dealer and curator.

He said: â€œBasically some of the young artists that I have met on my travels helped me a bit and I said I will start trying to do exhibitions of their work. And it is rather contemporary. I don’t know if it’s going to be really good or if it’s going to be too much for Henley, but I have one artist in particular who is starting to really make waves.

The artist in question is Patrick Church, originally from Oxford, who now lives and works in Brooklyn.

Simon said: â€œI haven’t met him but he had an exhibition at the Saatchi Gallery last year between closings and he went from 20,000 Instagram followers to over 125,000 so he’s obviously causing a stir.

â€œIt’s a hell of a blow, I think, for Henley to have her work on display.

â€œI am delighted to be able to present striking figurative works of an artist with real potential.

â€œPatrick is a famous painter and multimedia artist whose works can generate a spirit of optimism in a spirit of permissiveness, encouraging admirers to move forward and claim the identity they might desire rather than the one they want. they’ve been conditioned to hang on.

â€œHe paints from a personal and provocative point of view and his works are often alternately riddled with humiliation and desire.

Art historian Sir Norman Rosenthal called Church a ‘true painter’, adding: ‘It is not easy to be in an age dominated by new media forms of self-expression in all its forms. positive and insidious.

â€œDeep down, Patrick never shies away from what he paints, from the melancholy and intrinsic sadness of reality. If on the surface he seems exuberant, below all, he plays very seriously.

A name well established with work in the show is veteran British pop artist Allen Jones. Born in 1937, he is best known for his paintings, sculptures and lithographs. Simon said: â€œFew artists ignite the debate like Allen Jones. Celebrating, satirical and daringly inventive, his work embraces popular culture and in turn has influenced everything from design to film and fashion.

Jones’ work on display at the Old Fire Station Gallery is an original artist proof of the ‘Paso Doble’ advertising poster Jones created for the 1983 Royal Academy of Arts Summer Exhibition.

Simon hangs between 50 and 60 works for this exhibition.

Admission is free and the exhibition is open every day from 11 a.m. to 5 p.m.

9 life lessons from a multigenerational road trip in the Midwest