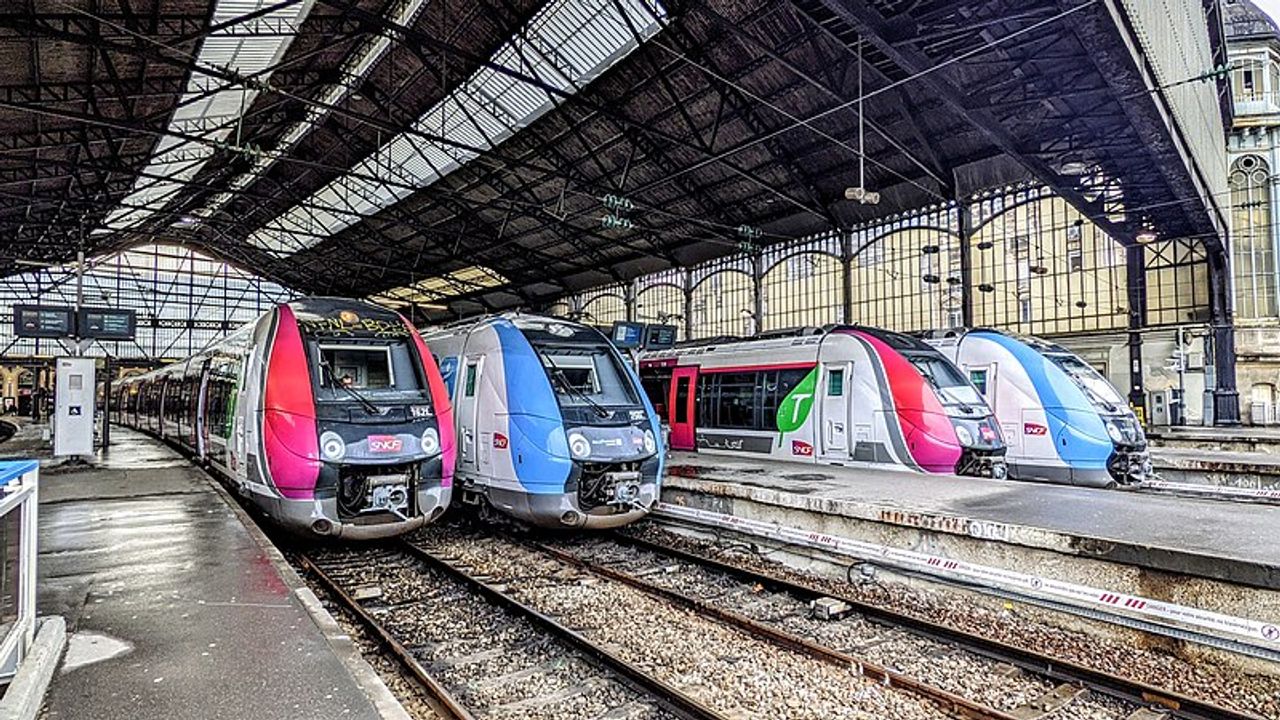 Strike of railway workers and airports in France for salary increases

National railways and airport security workers in France are on strike against deteriorating working conditions and for wage increases. These strikes are part of an international resurgence of the working class struggle against state and employer attacks during the COVID-19 pandemic.

A national action called by the General Confederation of Labor (CGT) and Sud Rail began on Wednesday, demanding that wage increases coincide with mandatory annual wage negotiations between unions and management. According to the unions, the railway management wants to impose a new wage freeze for the seventh consecutive year in 2021.

Several train lines are disrupted. Four out of five trains on the Paris-Region B line and three out of four trains on line D run and one in two on line N. In the provinces, disruptions are also expected. In Occitania, the strike began on November 16, and in the Alpes-CÃ´te d’Azur region, traffic will be disrupted from November 16 to 18.

After going on strike on October 11 and 26, railway agents in the ÃŽle-de-France region around Paris will be on strike on December 1 against a restructuring plan including layoffs and overwork, which must be implemented. implemented in April 2022.

For three days since November 16, airport security officers have been on strike against the renegotiation of local contracts that reduce annual premiums. The strike affects the airports of Roissy, Toulouse, Marseille, Mulhouse, Clermont-Ferrand, Lyon and Nice with strike participation rates of between 70 and 100%.

According to Nordine Kebbache, CGT delegate at Transdev in Roissy, the employees of the sub-contracting security agents of the airport are demanding “more than the maintenance of the annual bonus, a salary increase of 10%, improvements in working conditions. work â€, or an additional premium.

The international financial aristocracy is responding to the pandemic by restructuring the global economy to impose poverty wages and destroy jobs. Rising prices due to shortages of raw materials affect all aspects of workers’ lives as their real wages fall. At the same time, the collective wealth of billionaires has grown shockingly from $ 5,000 billion to $ 13 trillion in one year, while the pandemic has claimed millions of lives.

Strikes in transport and airport security are part of a growing working class struggle against ruling class attacks throughout the pandemic. Last summer German railway workers went on strike for weeks and private bus drivers in Britain were on strike last month. In the United States, auto workers have repeatedly rejected sales deals brokered by the UAW and Volvo Trucks and have gone on strike for weeks as part of a rebellion against the UAW at John Deere, the equipment manufacturer.

In France last month, Transdev bus drivers in Seine-et-Marne and Val d’Oise went on strike for weeks against a restructuring of work, threatening to cripple transport in the Ile-de-France region. France. The garbage collectors of the Aix-Marseille agglomeration went on strike for more than two weeks against the increase in working time. Fearing the combativeness of transport workers, the president of the ÃŽle-de-France region, ValÃ©rie PÃ©cresse, who is also a candidate for the Republican presidential primaries, threatened to break the strike of the bus drivers by sending the police against the pickets.

Discredited by decades of betrayal, unions are trying to gain credibility with workers, while negotiating lower working conditions and lower real wages. It is one element of the coronavirus policy advocated by European governments, to “learn to live with the virus”, involving the full functioning of workplaces and schools amid the spread of the pandemic. This exposes workers and their children to life-threatening danger, as Europe is once again the epicenter of the global pandemic.

The fight for the defense of workers’ social rights is closely linked to the fight against the pandemic. To stop the accelerated spread of the virus in March 2020, workers had to mobilize independently of unions and the political establishment, waging wildcat strikes in Italy and Spain to demand that workers be allowed to take refuge in their homes. Fearing a social explosion, governments have agreed to strict closures.

The strikes were started from below, and the capitalist class with the help of the unions was able to take advantage of this period to pass trillions of euros in bailouts, before forcing the reopening of workplaces and the reopening of schools, without adequate measures to prevent the accelerating spread of the virus. This produced a wave of deaths and an unprecedented transfer of wealth from the bottom to the top of society. The union’s collaboration with Macron has contributed to the resurgence of the pandemic, despite the impact of the initial lockdowns.

The fight for wage increases, to counter inflation and for a scientific policy of eliminating the coronavirus, raises the question of the creation of workers’ organizations independent of the old union apparatuses. These committees, organized within the International Workers Alliance of Rank-and-File Committees (IWA-RFC), will be able to fight against the pandemic and for the transfer of power to the workers to expropriate the financial aristocracy.