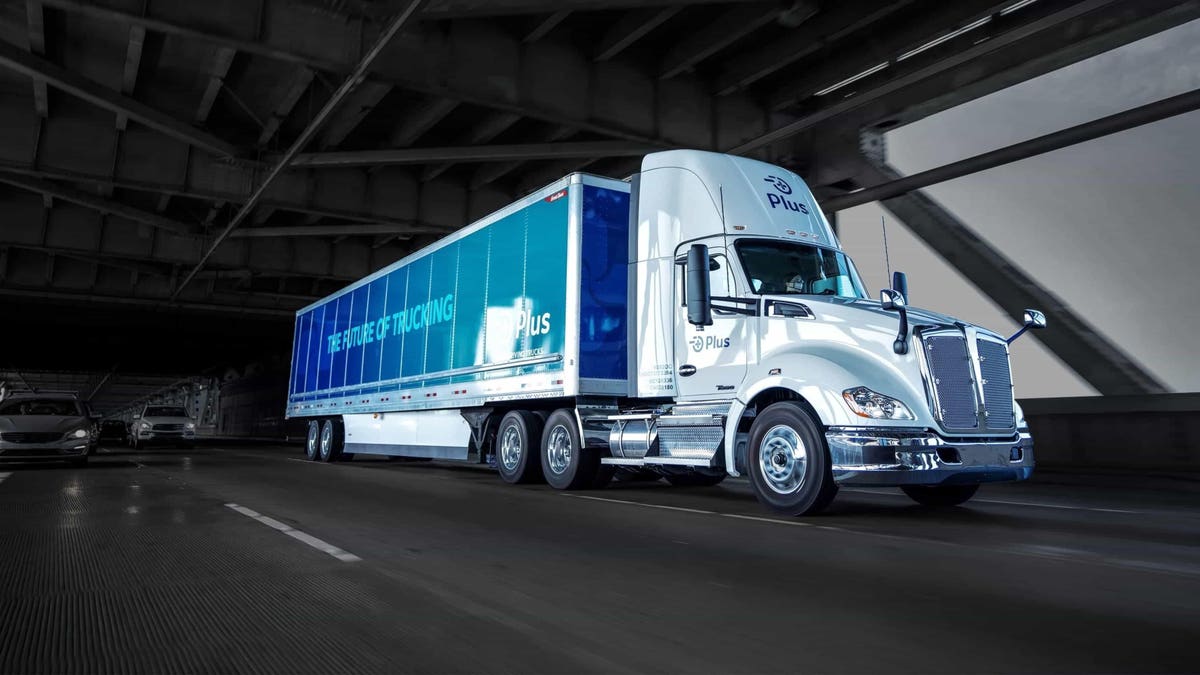 Last week, I wrote about autonomous trucking startup Plus (formerly Plus.ai), a relatively new name in the tech world. We learned that Plus is building the next generation of its PlusDrive platform on NVIDIA’s Orin SoC DRIVE. In addition, this announcement was followed by other news: two more collaborations and information on the company’s sustainability efforts. Let’s take a look at what Plus has shared.

First, Plus announced a new initiative with Cummins, a global engine maker, to co-develop an industry first: a supervised autonomous truck powered by natural gas. This collaboration comes as a â€œnatural extension,â€ in the words of Plus COO and co-founder Shawn Kerrigan, of an ongoing and long-standing partnership between the two companies. Together, they integrate Cummins’ natural gas powertrain and suite of features into the PlusDrive platform.

This revelation comes at the right time, with Earth Day and the White House’s announcement of the goal of reducing carbon emissions by 50 to 52% by 2030. Both companies demonstrate their commitment to sustainable transport and rightly seize the opportunity to telegraph it. Cummins compressed natural gas engines are certified to produce near zero emissions. Based on current EPA standards for air pollution by nitrogen oxides, these engines can reduce smog emissions by up to 90%. This is a big problem for automakers, who have to contend with regulations and emissions standards (requirements that could very well become more stringent in the years to come). In this way, automakers and fleet customers are preparing for the future with the Plus and Cummins solution for autonomous trucks. This is in addition to the optimized fuel efficiency enabled by PlusDrive’s AI algorithms. Better fuel efficiency equates to lower fuel costs for trucking companies.

A platform that benefits automakers, trucking companies and the environment? What not to like? More to the attention of the trucking industry; some of the world’s largest truck fleets are already testing PlusDrive. The company has announced that it will begin mass production of the new PlusDrive system this year, with supervised autonomous trucks powered by natural gas expected to hit the market in 2022.

On the way to IVECO

The other recent announcement is that Plus has signed a memorandum of understanding with IVECO, an Italian manufacturer of transport vehicles considered a leader in the marketing and manufacturing of vehicles powered by alternative fuels (and a subsidiary of CNH Industrial NV). Although the deal is not binding, the companies intend to integrate IVECO’s heavy-duty truck S-WAY into PlusDrive. In addition, the partners will explore the possibility of using IVECO’s liquefied natural gas (LNG) engine system to power these new jointly developed vehicles. Integrating LNG into the mix would bring several benefits, primarily a significant reduction in carbon emissions and greater payload capacity (due to the lighter weight of LNG systems).

It sounds like another smart partnership to me. IVECO has an impressive footprint spanning over 160 countries. According to Marco Liccardo, director of technology and digital at IVECO, the two companies also already share relationships and suppliers of critical components. Finally, the two companies clearly share a sustainable vision for the future of autonomous vehicle technology and commercial trucking.

If we want more sustainable energy sources to become the norm, companies like Plus, Cummins and IVECO need to show automakers, trucking companies and the business community that sustainable technology and practices don’t have to be. be heavy. In fact, they can be very profitable in the long run. On paper, these partnerships appear to be producing exactly the kind of efficient and eco-friendly autonomous trucking solutions to tip the scales in that direction.

Partnerships are a sure-fire strategy to accelerate emerging technologies like autonomous driving, which involve a lot (pardon the pun) of moving parts. Plus does a good job, in my opinion, in finding companies with full PlusDrive expertise in areas where Plus itself doesn’t play (and vice versa). As the old saying goes, two heads are better than one. I can’t wait to see the fruits of these collaborations.

Pastis de Provence: the revival of the anise aperitif