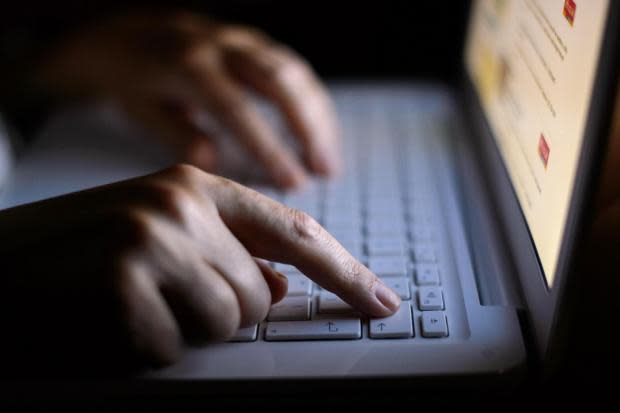 Scammers are taking advantage of the cost of living crisis as the number of people targeted increases, charities have warned.

Three in four UK adults have been targeted by a scammer this year, a 14% increase on the same period last year.

Around 40 million adults in the UK have been targeted by potential scams, according to figures from Citizens Advice and the Consumer Protection Partnership.

Many fraudsters are using the cost of living crisis to their advantage, with some pretending to work for Ofgem and asking for people’s bank details for a £400 energy discount.

Chancellor Rishi Sunak has promised every household in the UK a subsidy in the face of soaring energy prices.

The crooks have left some people with no money for food, including 65-year-old Sheree.

The woman who lives alone and receives around £800 a month from her private pension has lost nearly £1,000 after fraudsters gained access to her bank details.

READ MORE: How to spot scam calls and protect yourself from scammers

She said: “When I checked my balance, my heart literally dropped. I had no money, I couldn’t buy food.

“I went to Citizens Advice, I was so distraught and really upset. I really don’t know what I would have done without the food and fuel vouchers because I have no one to ask for help.

“My bank managed to get my money back, but it was all extremely stressful. My health really suffered during those few weeks, as I was just worrying about how I was going to eat and pay my bills.

David, an electrician from Elgin, recently lost over £1,400 in a sophisticated text message scam. He had received a text message allegedly from a well-known delivery company stating that a surcharge of £1.50 was required for the delivery of a parcel.

As he was waiting for a package, he clicked on the link and was redirected to a website which asked him to provide a delivery address, telephone number, card and bank details.

He then received a call allegedly from his bank’s fraud department, saying there had been suspicious activity on his account. He was then convinced to transfer £1,400 to a new “safe” account.

Derek Mitchell, chief executive of Citizens Advice Scotland, said scams are a ‘threat’, adding: ‘People here are just recovering from the Covid pandemic and have been battered by the cost of living crisis.

“Having scammers steal people’s money is horrible at any time, but it seems particularly bad right now. We urge people to stay alert and report any scams they come across. In Scotland, your Citizens Advice Local office can offer free, confidential and impartial advice.

The Scam Awareness Fortnight, organized in partnership by Citizens Advice and the Consumer Protection Partnership, runs from Monday to June 26.

She said: “Scammers are rapidly exploiting the changing and difficult circumstances that we are all currently facing.

“The Scams Awareness Fortnight campaign aims to draw consumers’ attention to these scams, ensuring that they feel empowered to stop the scammers if approached by phone, text or email.

“Anyone can be caught by scammers especially as the tactics used are more and more sophisticated. I urge consumers never to rush or feel pressured to respond if contacted and never give personal or bank details to a cold caller, even if they seem to already know some of your details.

20 years ago: The Bourne identity went against the grain