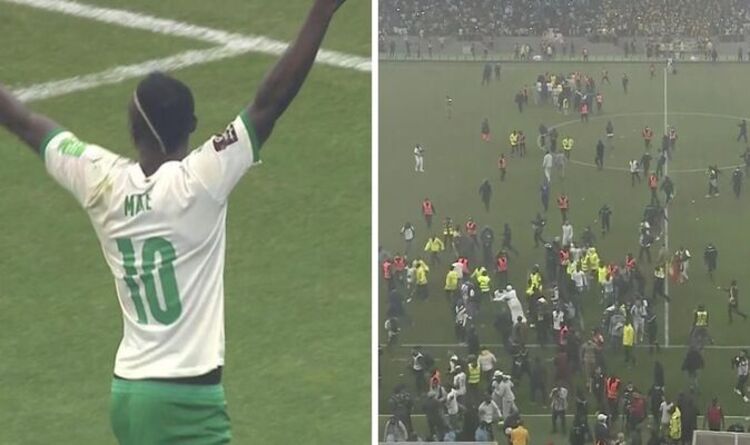 Sadio Mane was the hero again as he sent Senegal to the World Cup in Qatar after a dramatic 3-1 triumph on penalties against Egypt. It’s the second time in as many months that Alou Cissé’s side have beaten the Pharaohs from kicks on the big stage and this time around Mohamed Salah was at the center of the grief.

In the Africa Cup of Nations final, leaders Liverpool didn’t even have the chance to take a kick in the penalty shootout as they were fifth on the line. This time around, he went first to avoid an agonizing repeat, but collapsed under the pressure, as more than ten lasers flashed across his face.

Salah skied his penalty over the crossbar and could only watch helplessly as Senegal sent three of his five kicks through Ismaila Sarr, Bamba Dieng and fellow Reds Mane. It’s the second time Mane has been his country’s hero after firing the game-winning kick in Cameroon to claim Senegal’s first-ever international trophy.

Senegal got off to a perfect start as Villarreal leaders Boulaye Dia tied the hosts on aggregate in just four minutes. After left-back Saliou Ciss unleashed down the flank, the 32-year-old was brought down, resulting in a free-kick.

Idrissa Gana Gueye swung the ball deep towards the back post before it came back through the goal to Dia, who converted gratefully. Egyptian goalkeeper Mohammed El Shenawy was forced to face a number of lasers aimed at his face throughout the proceedings.

Senegalese fans also targeted Salah during the national anthems and it would soon prove to be a constant theme throughout the game. The Pharaohs spent the majority of the first 20 minutes interrupting play as their players went to the ground seeking treatment.

However, starters Rami Rabia and Omar Gaber were forced off the pitch when they picked up injuries following solid tackles from Senegal. Carlos Queiroz was forced into two changes as his side sought to recover from their first conceded goal.

In the second half, Zizo had two clear chances to put Egypt back in front but he missed his line, missing the target twice. Watford’s Sarr also had a golden opportunity to put Senegal ahead but the heeled winger failed to convert as the game headed into extra time.

Sarr quickly missed another glorious chance in extra time when Sadio Mane put the ball in front of goal and El Shenawy crossed his line to save brilliantly. Olympiacos defender Pape Abou Cissé then forced El Shenawy into another brilliant double save as Egypt continued to hold on.

Marseille’s Dieng also had a crack from distance in the second half of extra time which flew just wide. After a grueling 210 minutes of action, the play-offs would be decided on penalties, just like the Africa Cup of Nations final. Napoli centre-back Kalidou Koulibaly was the first for Senegal and he shook the crossbar with his kick.

Salah also skied his penalty after opting to take the first this time around for Egypt as he choked on the pressure. Thankfully, the duo’s blushes were temporarily spared after Youssouf Sabaly and Zizo also missed from 12 yards.

Watford’s Sarr got the ball rolling before Egypt leveled things after three kicks. Senegalese striker Dieng made no mistake to put pressure on the Pharaohs – Mostafa Mohamed’s penalty was then saved by Edouard Mendy.

Man of the moment Mane – who is composure personified when the pressure is on – then made no mistake, heading home to send Senegal to Qatar.

EARTH DAY, one of the highlights of this month of April on IWONDER

“We are at a turning point”: with the approach of the elections, what remains of the French left? | France