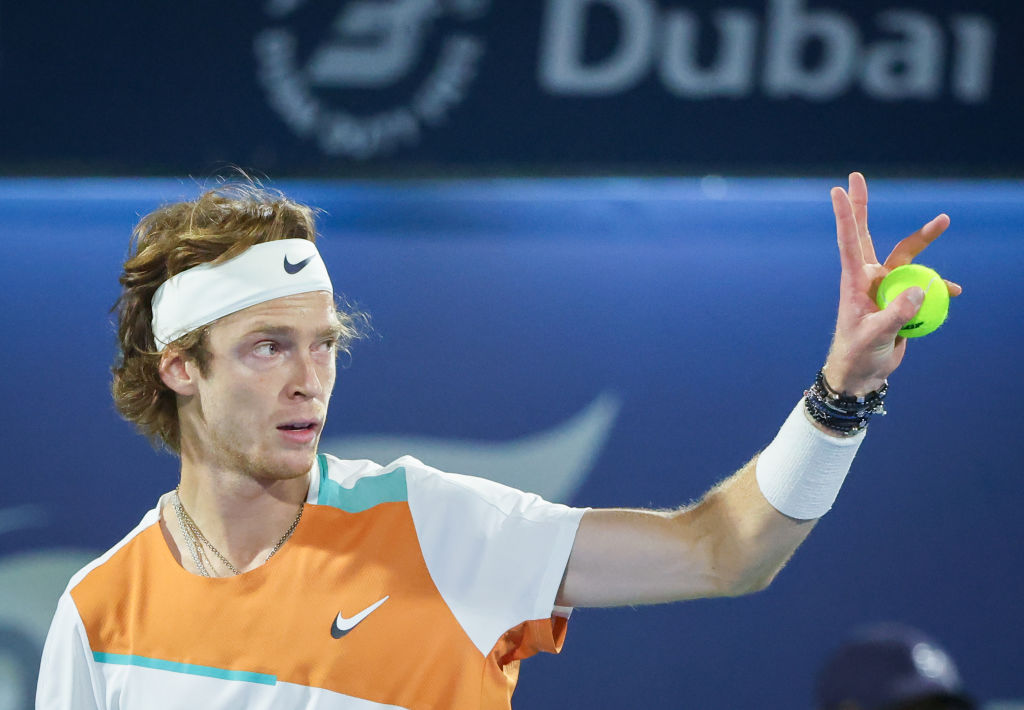 Russians from all walks of life oppose Putin’s war

One of the only encouraging things about the ongoing, illegal and increasingly dangerous Russian invasion of Ukraine is the level of dissent within Russia itself. It reminds us to reject the twisted logic – once advanced by Osama bin Laden and now echoed by leading liberal hawks like the former ambassador to Russia Michael McFaul — which equates the people of a country with the crimes of its government. It may also prove essential to ensure a diplomatic descent into Moscow after its current hostilities, not to mention the nuclear disaster.

Massive anti-war demonstrations have been a part of Russian cities since the first day Vladimir Putin announced the invasion, when thousands of Russians gathered in more than fifty cities that evening to protest. Since then, more than five thousand demonstrators have been arrested following anti-war actions. Protests so far have been smaller than those staged against the arrest of opposition leader Alexei Navalny last January, which is likely more related to the level of internal repression since then. Just today, a new coalition of anti-war socialist activists in Russia was announcementaccusing that “Kremlin elders are in the minority” and that “most Russians do not want a fratricidal war, even among those who still trust the Russian government”.

We have other information that hints at the depths of Russian discontent and opposition to this war. A petition declaring the action “senseless” and a “step to nowhere” has seen the number of signatures from scientists and science journalists soar from over 100 to now over four thousand. Russian scientist Oleg Anisimov later apologized to a Ukrainian colleague during an online United Nations climate conference, telling her: “I am ashamed – as a person, as a citizen of this country. . . that we could not create civil society institutions in our country that could influence the decisions made by the president and the government.

Kommersant Journalist Elena Chernenko also circulated an anti-war petition that gained around 100 signatures from fellow members of the press, thereby losing her access to the Russian Foreign Ministry. Political comedian Ivan Urgant, host of a late-night weekly show on Russian state broadcaster Channel One, posted “no to war” on his Instagram account, causing his show to disappear from the network schedule.

Russia’s independent media has been particularly vocal, with Syndicate-100, a coalition of dozens of independent outlets, expressing “pain, anger and shame” over Putin’s decision and the editor-in-chief of Novaya Gazeta stating that “only the anti-war movement of the Russians can save lives on this planet”. Journalist Mikhail Zygar wrote his own open letter urging “all Russian citizens to say no to this war”. Meanwhile, the Union of Journalists and Media Workers of Russia, which has more than 600 active members in forty regions, published its own open letter demanding an immediate withdrawal of Russian forces which received 162 signatures, and the union has continued to criticize the war ever since.

Various other industry groups have followed suit. An anti-war petition organized by a Russian tech has garnered a staggering over ten thousand signatures from fellow computer scientists. A separate open letter garnered support from more than two thousand actors, directors and other creators across the country rejecting Putin’s “peacekeeping” pretense for the war. Yelena Kovalskaya, the artistic director of the Vsevolod Meyerhold State Theater in Moscow, resigned in disgust, saying she could not “work for a murderer and receive a salary from him”. Calls to end the war were signed by the country’s economists, lawyers, teachers, psychiatrists and Russians in countless other fields, suggesting the breadth and depth of anti-war sentiment in the country.

Prominent filmmakers and celebrities have been particularly outspoken, despite the risks to their careers. Rapper Oxxxymiron canceled six sold-out shows in Moscow and St Petersburg in protest, saying “I can’t entertain you when Russian missiles are falling on Ukraine”. Tennis’s new world number one Daniil Medvedev has called for peace, joined by fellow tennis players Anastasia Pavlyuchenkova and Andrey Rublev, who wrote ‘no war please’ on camera after winning a half- final at the recent Dubai tournament, a week after winning the doubles championship at the Marseille Open alongside a Ukrainian athlete. Big names in football and ice hockey have done the same.

Even institutions that one might normally consider fairly established have spoken out. The Boris Yeltsin Presidential Center, which receives more than half of its funding from the Russian government and which counts Putin among its donors, called the war “an unthinkable disaster for both countries and their peoples” and called for a “stop immediate hostilities”. Just yesterday, 158 Russian Orthodox Church clergymen, whose support has been key to Putin’s rule, signed a statement calling for “reconciliation and an immediate ceasefire”, warning that “doomsday awaits every person” and urging that “no non-violent act calls for peace and an end to war must be suppressed by force”. The signatories went from twenty-six to the list when the letter was published.

There is also significant anti-war sentiment among elites and their families. Billionaires Mikhail Fridman and Oleg Deripaska have both called for peace, while Chelsea football club owner oligarch Roman Abramovich is believed to be embroiled in talks between Moscow and Kyiv. A number of other oligarchs also sought to underline their disapproval of the war, while family members of several Putin associates and elites – including the daughter of predecessor Boris Yeltsin, the son-in-law of Defense Minister Sergei Shoigu, the son of Putin’s longtime friend Sergei Chemezov, and Putin’s spokesman’s ex-wife and daughter Dmitry Peskov have all made anti-war statements on social media.

To date, three Communist Party deputies have spoken out against the war, despite voting in favor of recognizing Ukraine’s breakaway regions, which precipitated Putin’s invasion. One of them, Vyacheslav Markhaev, claimed that the reconnaissance had masked “plans to start a full-scale war with our nearest neighbour” and condemned both the West and Moscow for what he said to be the same strategy of seizing new territories under the guise of defending democracy. It is also worth recalling that before Putin’s invasion, retired Colonel General Leonid Ivashov warned of a war against Ukraine on behalf of a group of retired Russian officers.

Needless to say, none of this gives us an exact gauge of Russian public opinion on the war, which polls show is more complex than this roundup suggests. But whatever the exact numbers, there is clearly a substantial level of opposition to Putin’s war in Russia.

If Putin thought the invasion would boost his national popularity, or at least be allowed to go ahead unhindered by a disgruntled populace, it seems he may have miscalculated. As Moscow steps up its war effort and even flirts with nuclear deployment, ordinary Russians’ discontent with the war could prove critical in forcing Russian de-escalation and an eventual ceasefire. Even authoritarians need to be sensitive to public opinion, as Putin showed in January, when Russia’s parliament scuttled plans for QR-coded vaccine passes in response to popular opposition.

But it should also be cause for caution on the part of the West as it responds to the invasion. A blind and overly harsh response risks killing this nascent opposition as it has done elsewhere in the past, making desperate Russians more dependent on Putin’s government for survival and undermining solidarity between much of the world and ordinary Russians. opposed to war. In addition to putting a nuclear-armed Putin in a corner, the current talk of the collapse of the Russian economy through unprecedented sanctions could prove a boon for Putin, stoking resentment among ordinary people at the regard to Western countries besieging their country and giving Putin a chance to rally the people against a foreign enemy.

Independent media Medouza, a vital source of independent and critical media coverage for Putin in Russia, already warns that “international sanctions against the central bank and other Russian credit institutions create serious risks for our crowdfunding.” Western voices calling on companies like YouTube to end the service in Russia should also consider the possible consequences of denying Russians access to news and information outside the increasingly state-controlled media sphere. .

Russian anti-war sentiment can be key both to ensuring peace and stability in Europe and to warding off militarism. It would be a shame if the rush to reckless and punitive politics undermines and kills it.