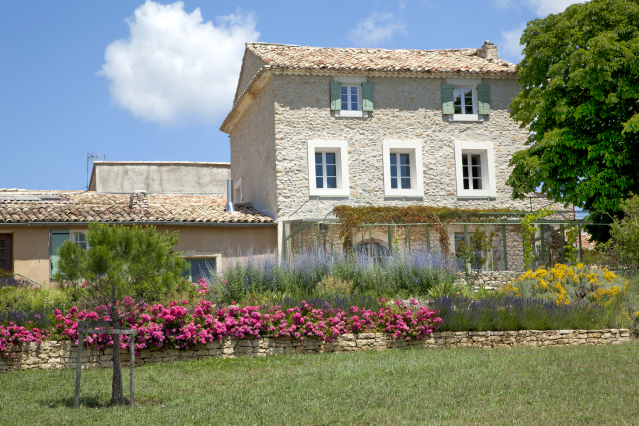 Real estate news in France: Our report for December 2021

The real estate market in France remains “euphoric” according to industry insiders, in the meantime, changes are coming, including the posting of planning requests, new fees if you refuse a “Linky” meter and we are examining a little known trick to pay less. ” notary fees “.

From January 1, 2022, it will be possible to apply for a building permit online.

The service will include all planning requests, including pre-declaration for small projects, or requests to demolish or modify a building.

Larger municipalities with at least 3,500 inhabitants will also have to process the online application.

The service will not be centralized, although the state offers several technical solutions to help. The town halls will have to offer a dedicated email address or an online contact form or a specific website for requests.

However, it will still be possible to apply on paper if you prefer.

Property tax expected to rise due to inflation

The property tax should increase sharply next year, under the effect of a rise in inflation, according to estimates of the consumer price index of the national statistical institute Insee.

The tax, paid by owners on January 1 of a given year, is based on a theoretical rental value, the cadastral rental value, which is subject to annual increases according to formulas linked to the consumer price index. .

INSEE notes that the index increased by 3.4% in metropolitan France in 2021, which will have an impact on property tax from 2022, as well as on housing tax for people still eligible (i.e. is the case for second homes).

It is planned to start billing a monthly fee to households who have refused the installation of the new â€œLinkyâ€ energy meters which allow readings to be carried out remotely.

The energy regulator CRE has proposed a fee estimated at â‚¬ 5.33 per month, or nearly â‚¬ 64 / year, although this should not be in place everywhere before 2025.

The reason given is the additional cost for Enedis, which manages the electricity distribution network, of having to send people to read meters in the traditional way.

The French real estate market remained “euphoric” according to the terms of the monthly Best Agents – Les Echos index, but at the same time it warned that signs of weakness were starting to appear.

Experts agree that the main driver remains a wish to change homes after the Covid shutdowns, with space and greenery the best selling points, so areas far from major cities continue to drive the overall rise.

However, Thomas Lefebvre, head of the index, said the uneven market in the country meant the average price was unlikely to be the result of a bubble that could burst.

Apartments and houses in downtown Paris fell by 1% over the month and by 1.8% over one year. They are still beyond the reach of the greatest number, at 10.275 â‚¬ per m2.

Outside of Paris, it is Poitiers which arrives this month at the top of the list of the 50 cities in France which experienced the largest price increases over one year, with an increase of 10.3%.

Lyon, Bordeaux, Nice, Nantes, Strasbourg and Lille saw prices drop from one month to the next from 0.1% to 0.2%, while still experiencing strong increases over one year.

Law allowing to change borrower insurance at any time

From 2023, it should be possible to change your borrower insurance (required by banks when taking out a mortgage) at any time.

Under the current rules, this can only be done within 12 months of signing the initial contract and then once a year on the contract anniversary date.

A modification of the law was voted by the deputies. Commentators say the remaining Senate vote is just a formality, while the government is pushing it through on a fast-track basis.

The economy minister said the change was right and would protect people’s purchasing power.

A counterintuitive aspect of French real estate transactions means that buyers could overall save money by paying the estate agent’s fees instead of the seller.

The advantages of the option, which is however not common in France, result from the lower notary fees for the transaction.

For more expensive goods, the saving for the buyer if the fees apply at a sale price excluding fees, can amount to several hundred euros.

Read more: Buyers could save money by paying a real estate agent

Amendments to the Pinel law

Changes to the â€œPinelâ€ rental investment scheme have been announced by the government, with existing benefits ending at the end of 2022.

Real estate experts have warned, however, that people should not rush to buy apartments under the program before this date without doing extensive research into the attractiveness of apartments to tenants and the property rental market in the region. .

“Without the fundamentals of buying real estate in an attractive area where rental demand is strong, no tax deduction due to the Pinel law or to the laws which, without a doubt, will follow it, will allow the investment to ‘reach their full potential. ” Yves Mazin of Verson Patrimoine consultants in Bordeaux, confided The connection.

Read more: The buy-to-lease program is changing, but make a rushed decision to invest

Airbnb has signed a partnership agreement to donate millions of dollars to the restoration of heritage buildings in the French countryside, including privately owned ones, as it seeks to increase its activity in rural areas.

With the pandemic increasing people’s desire for open spaces, Airbnb has also signed a partnership to donate money to an association of rural mayors whenever a new rural owner signs up to rent on the platform. The association will use the money to communicate about the partnership and encourage more owners to sign up.

One of the effects of Covid lockdowns is that people with second homes spend more time there, leading to the questioning whether it is beneficial to change the classification of the main residence of the city property to that in the countryside.

Primary residences are charged, on average, 20% less tax than second homes, but people considering the change should consider whether the townhouse is in an area with high local taxes, which could make change more costly than keeping things as they are. once a higher proportion of the tax is applied to the townhouse as a second residence.

Rent illegally too high in 35% of rental advertisements in Paris

A study by Paris City Hall and the AbbÃ© Pierre Foundation showed that 35% of rental property listings in the city asked for rents that violate rules intended to limit price increases.

Rents are not expected to be 20% higher than the median rent for properties located in 14 areas of the capital.

Figures show that these rules have had only limited success – landlords can legally charge higher rents if the property has features such as an exceptional view, outdoor space, or is next door. a historical monument.

Not all rule breakers can make these claims, but the numbers show homeowners are willing to risk the fines they would face if caught.

France second in Europe for online booking of short-term rentals

AirBnB, Booking, Expedia and TripAdvisor (often blamed for high property prices in cities like Paris) have published European tables showing where the most online bookings have been made for short-term rentals.

Overall, France was in second place, behind Spain, with Paris the most popular city in Europe. Nice, in ninth place and Marseille in 27th place, completed the French podium.

Video cameras in apartments on the rise

CCTV cameras in lobbies and common areas of buildings are increasingly popular, although France has some of the strictest rules for use in the world.

A camera supplier explained to The connection that apartment management trustees often request estimates after incidents of violence or criminal behavior in the vicinity of apartments.

Cameras cannot film individual apartment entrances, balconies or windows, and strict rules apply to who can view footage from them, and how long they can be stored.

Real estate prices in France up 7.4% on average in one year

Buying and selling a house in France: what is the life annuity?