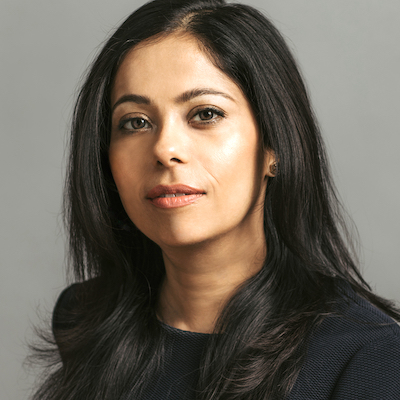 Faran Latafat is the President of the Avanew single-family rental subsidiary of Core Development Group. (Courtesy of Avanew / Core)

Latafat, who has over 15 years of experience in leadership roles, joined Core in 2018 as Executive Vice President to build a company focused on alternative income producing assets, through the Avanew platform.

In addition to being a pioneer in institutional investment in SFR in Canada, Latafat has played a decisive role in setting up the framework for an urban cohabitation model in shared accommodation.

The vision is to be the pioneer of the SFR asset class in Canada and, under the leadership of Latafat, to aggregate the largest portfolio of high quality homes in the country.

RPC Investments has promoted Andrew Edgell the Senior Managing Director and Global Head of Credit Investments, and a member of the management team.

It also invests in intellectual property with income streams guaranteed by royalties.

Edgell was previously Managing Director, Head of Structured Credit and Financial Services for the Americas, responsible for investments in structured credit and lower quality debt capital solutions for financial institutions, as well as investment strategy in intellectual property. During the last fiscal year, Edgell also served as Acting Head of Credit Strategy.

Edgell joined CPP Investments in 2008 as one of the first members of its then fledgling credit team. Credit investments have since increased to reach $ 41.9 billion in net investments as of December 31, 2020.

Edgell holds a Bachelor of Commerce in Finance and International Business from McGill University and is a Chartered Accountant and Chartered Business Valuator.

Western Wealth Capital (WWC) has hired the former Head of Corporate Strategy for CBRE Western Canada, Ashley O’Neill, to the new position of Vice-President, Capital Markets. She joins the management team and will focus on raising capital from new and existing institutional and private investors.

O’Neill has carved out a unique career path over the past 15 years with experience spanning New York, Toronto and Vancouver in investment banking, corporate finance and commercial real estate.

She began her career in investment banking at Jefferies & Co. in New York, then worked as an institutional analyst at Phillips Hager & North before moving into commercial real estate.

Over the past decade, O’Neill has become a key member of the CBRE management team, becoming Senior Vice President, Corporate Strategy in Canada.

Bunker Scott joined Peerage Realty as Director of Growth and President of Core Services. He will also be a partner of Peerage Capital.

Bunker left Boardwalk for Peerage and previously worked at CAPREIT, two of the largest multi-family REITs in Canada, where he held leadership roles in charge of incremental change and innovation.

A civil engineer with a degree from Queen’s University and an MBA from the Schulich School of Business, Bunker has extensive experience as an entrepreneurship, management and compensation consultant. He has also built a reputation for his transformative strategic and growth initiatives.

JLL brought in Claudia Verno be its national director of research in Canada. Verno will focus on developing strategies to leverage data, thought leadership and technology for clients.

Verno has over 17 years of experience as an economist. She has a wide variety of skills including policy analysis, country risk assessment, macroeconomic forecasting, business, government and finance.

Prior to joining JLL, Verno led the Natural Disasters and Climate Change team in a trade association representing home, auto and business insurance companies in Canada. She led an economic team and oversaw all of the G7 economies and some of the largest emerging markets.

Savills has hired Alex heintz as general manager of the company and Kyle bartkus as General Manager of its new Edmonton office. They join Lizotte et Associés Immobilier Inc., and will specialize in office and industrial rental and commercial sales.

Both have 20 years of combined sales and commercial leasing experience in the Alberta region. The team has executed transactions on behalf of companies such as Above and Beyond Compression, Allied Fitting Canada, Ampak, Bird Construction, HESCO, OK Tire, Parkland Fuel, The Brick and Wood Wyant Canada.

Heintz is a high-profile, long-term company having successfully completed over $ 200 million in transactions, totaling over two million square feet.

Bartkus focuses on both the industrial and investment markets. During his career, he signed over 1.2 million square feet of commercial leases, with values ​​totaling over $ 125 million.

Joanis at the head of the APEQE

The Professional Association of Real Estate Brokers of Quebec has appointed Denis Joanis as president and chief executive officer.

During her career, Joanis has worked for various industry organizations, including the Outaouais Real Estate Board, the Quebec Federation of Real Estate Boards, Via Capitale and RE / MAX Quebec.

Joanis holds a bachelor’s degree in administration, a law degree from the University of Ottawa and an MBA specializing in real estate from UQAM’s School of Management Sciences.

Starlight Capital has promoted Varun Anand as Vice-President and Senior Portfolio Manager. Anand has spent the past two and a half years as a portfolio manager at Starlight.

Anand has over a decade of industry experience in a variety of roles. Prior to joining the firm, he was an Associate Portfolio Manager at CI Investments Inc. and also worked at Sentry Investments, Veritas Investment Research and Jones Collombin Investment Counsel Inc.

He holds a BA in Mathematics and Business Administration from the University of Waterloo and is a CFA.

Story, which is based in Montreal, will help guide Sonder’s communications as it grows. The company just announced its intention to go public later this year through a transaction with Gores Metropoulos II.