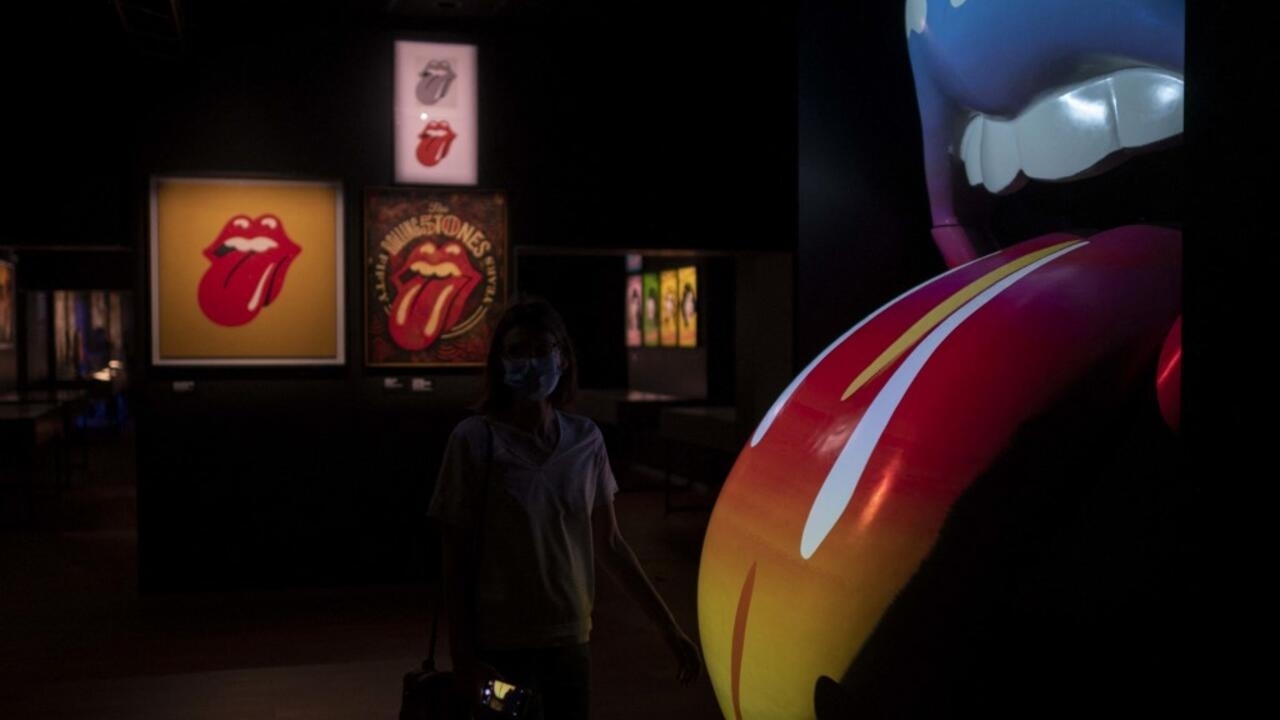 Opening of the Rolling Stones exhibition “Unzipped” in Marseille

The exhibition-event Decompressed retracing the life of the Rolling Stones opened in Marseille in the south of France, the only French stop on his world tour. Hundreds of objects from their first record contract, rare instruments, notebooks and stage costumes are on display until September 5.

“It’s a great way to get to know The Stones,” said French journalist Philippe Maneuver, one of the organizers of the Decompressed exposure.

At the start of the 2000m2 space in Marseille Velodrome stadium, the spectator walks through a life-size reconstruction of the mythical group’s first dilapidated London apartment.

Welcome to 102 Edith Grove, where dirty dishes overflow, piles of cigarette ends and spilled beer bottles are the norm.

“Mick Jagger got the idea by visiting an exhibition on Dubuffet, with his reconstituted workshop. He called the decorator to recreate their apartment,” Martin d’Argenlieu, director of events at the VÃ©lodrome, told reporters before the opening. .

On the living room board, Howling wolf turns, while a Bo Diddley blanket is prominently displayed on the shabby carpet. The roots of the Stones – black American music – are there.

“Before being an overwhelming artistic adventure (they are celebrating their 60th birthday in 2022), the Stones were first record buyers, like everyone else”, specifies Philippe Maneuver.

Among the 400 pieces on display is the group’s first recording contract, which was dropped because it did not suit them. Alongside Keith Richards’ guitars, a dulcimer, a sort of double lute, is on display in a display case.

The rare instrument was played by Brian jones, founding member of the Stones and poly-instrumentalist genius, died in 1969.

Also on display is Mick Jagger’s Mephistophelic stage outfit for the 1969 tour – a decidedly bad year in the band’s history, with a spectator also killed during one of their concerts in Altamont (United States).

the Decompressed exhibition, with its zipper visuals referring to the cover of the Sticky fingers album released 50 years ago, ends with a reproduction of their legendary concert in Cuba.

Marseille and the Stones have a long history – and a very rock’n’roll history that begins with a bloody eye.

In 1966, a supercharged fan threw a chair at Jagger as the group gave a show in the small Vallier hall.

“The next day, we were in Lyon, and Mick Jagger went on stage with big clown glasses to hide the scar”, then tells the bassist Jean Sarrus, future member of the musical and comedy group Charlots, who played at the time with Les Problems (which toured with The Stones in France).

“There were one or two cops, no more. Wooden chairs were broken, one was thrown. It was two years before 1968, it was a time of bubbling youth,” says Mady, fan in his seventies. ‘Velodrome exhibition, which was in the room that evening.

“With the story of the eyebrows, the Marseillais thought: ‘The Stones are going to hate us.’ But they came back three times (1990, 2003 and 2018). They liked the rebellious side of the city, â€says Martin d’Argenlieu.

England need a unifying force for the Euro