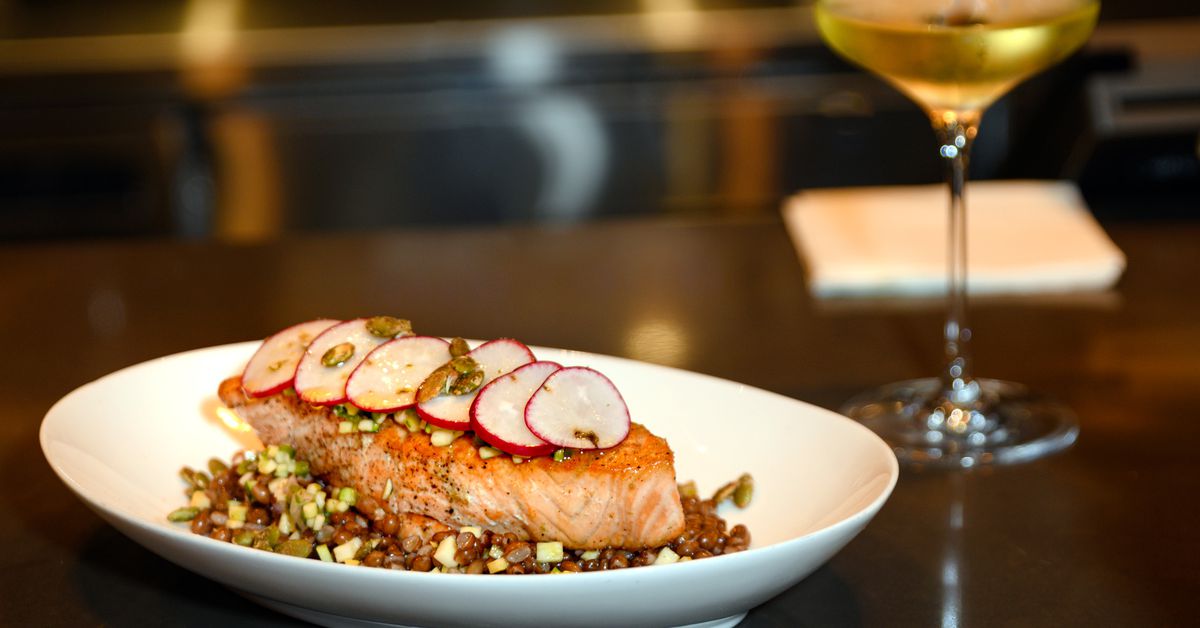 For years, Yannick Benjamin hung a poster of â€œCheersâ€ bar owner Sam Malone in the bedroom of his Hell’s Kitchen apartment. â€œIt has always been my dream to be Sam Malone,â€ he says.

Benjamin, a well-known figure in the New York wine world, never had his all-American draft beer bar. But on June 10, he and his partners George Gallego, Oscar Lorenzzi, Mara Rudzinski and Lorenz Skeeter opened Contento, their own neighborhood restaurant and gathering space. Located in East Harlem at 88 East 111th Street just west of the Metro-North tracks, Contento caters to all New York trends with its Peruvian-inspired cuisine, killer wine list and inclusive hospitality.

Contento’s philosophy and slogan are â€œaccessible to allâ€. It’s a personal mission to the team: In 2003, while working as a gastronomic sommelier, Benjamin had a car accident that left him paralyzed below the waist. After recovering, Benjamin fitted his wheelchair with a modified tray and continued to work as a sommelier. He also co-founded Wine on Wheels, a non-profit organization that raises funds to empower people with disabilities.

At Contento, table tops are a few inches higher than the standard to accommodate wheelchairs. The aisles between the tables are wide, and guests can easily roll over to a low, wheelchair-accessible bar (overlooking the dining area and open kitchen, these are the best seats in the house).

The design is just the start, however. Accessibility also informs how the Contento team develops the menu, selects its wines, recruits workers and engages the community.

â€œI think it’s important that people from all marginalized communities feel they can come here,â€ he says.

The restaurant was born from the Wine on Wheels network. Gallego, a longtime Harlem resident who also uses a wheelchair, mentored Benjamin after his accident, and the two are collaborating on Gallego’s Axis Project which helps people with disabilities train and stay in shape. In 2019, Gallego and Skeeter found the space for Contento and simply told Benjamin, â€œAre you going to join us?

The pandemic delayed opening for more than a year, and the team considered selling take-out meals and serving food to a nearby construction crew to keep the project alive, but “the best thing we did was reserve our resources and wait for the right time to open. People are starting to live again, â€explains Rudzinski, sommelier and managing partner.

In addition to its 36 indoor seats, Contento has installed an alfresco dining shed that seats up to 14 people, and Lorenzzi’s menu is designed for neighborhood drop-offs, solo bar diners and wine drinkers who wish to linger.

The drinks menu, a collaboration between Benjamin and Rudzinski, has over 20 bottles at less than $ 50 each. There is also a reserve list with a premier cru from Burgundy, 1995 Napa Cabs and a bottle of Selosse at $ 550, the darling of winegrower’s champagne.

The main list is divided into five themes. The simplest of these is â€œEurope,â€ including Loire Valley Chenin Blanc ($ 60) and Hungarian amphora-aged Kadarka ($ 45). There is also “The Americas and the Jewels of the Edge of the World” and “The Wines of the Ancient World”.

But the themes that seem most linked to Contento’s mission are â€œWines of Impactâ€ and â€œEast Coast Terroirâ€. The first features women, BIPOC and native winemakers to the Tara Gomez, a member of the Chumash tribe, which produces KitÃ¡ wine in the Santa Ynez Valley in California. The section also includes bottles from winemakers at the forefront of sustainability and other social movements.

â€œThese people are questioning the status quo. But these are not just difficult obstacles. The quality is extraordinary, â€says Benjamin.

For â€œEast Coast Terroir,â€ Benjamin traveled to wineries from Maine to Virginia to find gems like Glen Manor’s Petit Manseng. And Rudzinski, a native of the upstate, has long been a fan of Hudson Valley and Finger Lakes wines, like Pinot Noir ($ 65) from master sommelier Chris Bates’ Elements cellar. There’s even sparkling blueberry wine from Bluet ($ 45) in Maine. (Yes, you read that right: blueberry wine.)

“Maybe there will be someone, and him, her or them, they’ll come in and they’ll start with blueberry wine.” And they will end with Selosse, â€says Benjamin. “Why not? Why can’t this happen?”

You can also enjoy cocktails prepared by Heidi Turzyn Benjamin (former Gotham Bar & Grill sommelier and Benjamin’s wife), non-alcoholic beer and wine, a canned Ramona spritz, local beers and bottles of Modela Especial . And they’ll be served by floor tops like Travis Padilla, a Bronx native who felt left out of the wine world until he met Benjamin during a Sommelier Society of America certification course.

â€œI was working in Latin nightclubs and trying to find a job in wine. I was tired of leaving work at 5am, wanted a slower pace, but no one wanted to hire me. No one saw how my experience would translate into wine, â€says Padilla, who spent last summer traveling through vineyards with Benjamin.

Contento plans to launch a vocational training program and organize courses for neighbors, people with disabilities and people from other marginalized communities. The team wants the restaurant to be a model for better business and working practices, as well as a safe and respectful space for customers and staff.

It’s time to get the job done, Benjamin says, not just posting about it on Instagram. But hospitality and hard work are all Benjamin has ever known. After his accident, his father tried to take him away from the industry and put him to work in an office. Benjamin resisted, regrouped and began to work towards new goals.

â€œSometimes we run after something that might never exist,â€ he says. â€œBut for me, one of my dreams actually came true because I was able to bring my mom and dad to my restaurant, and I was able to serve them. And I believe in magic.


Register to receive the newsletter

As a gay imam I know Islam is not anti-LGBTQ +