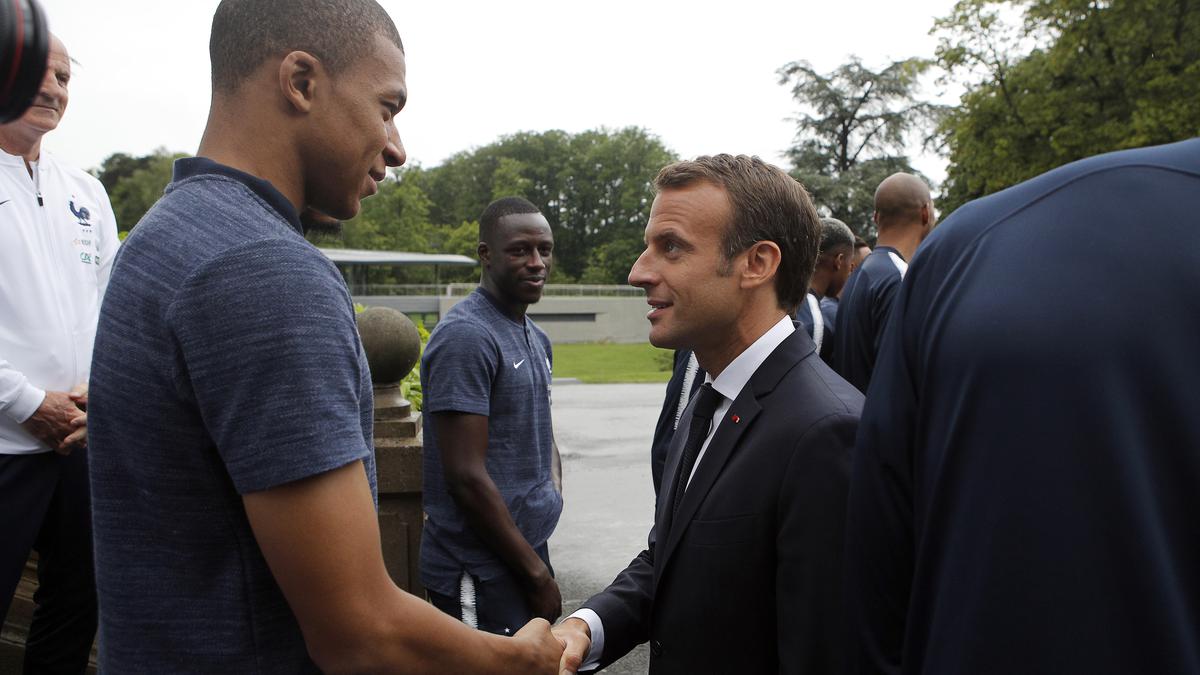 Kylian Mbappe made the surprising revelation on Monday that he had discussed his potential move to Real Madrid with Emmanuel Macron, saying he appreciated the French president‘s ‘good advice’, who wanted the Paris Saint-Germain star to stay in France.

World Cup winner Mbappe had for months looked certain of signing for Real Madrid before he was persuaded to sign a new three-year deal at PSG, the club he joined in 2017.

“We talked quite a bit,” Mbappe said of his exchanges with Macron. “You could say that was good advice.

“He wanted me to stay, it’s part of the negotiations.”

Mbappe said Macron was one of many people he spoke to.

“That’s where you see that football has changed and has an important place in society. It’s also important to know how to stay in your place despite the importance that can be given to me in the country.”

With that in mind, Mbappe also revealed that PSG won’t stop him from competing in the Paris Olympics in 2024.

Born in Paris, Mbappe grew up in the northeastern Paris suburb of Bondy, a part of the Seine-Saint-Denis department which is home not only to the Stade de France but also several other Olympic venues, including the Olympic Village.

There is no doubt that the potential participation of top quality homegrown talent in the Summer Games would be a huge boost for the organizers.

“First of all, I have to be chosen,” Mbappe said of the possibility of participating in Paris 2024. “We spoke about it with the club.

“The club is not against, it is for. There was no problem about this in the negotiations.”

No say on transfers

There has been speculation that, in addition to a mammoth undisclosed financial package, the Qatari owners of PSG persuaded Mbappe to stay with the hometown club by agreeing to give the 23-year-old striker his word. to say about the players to sign for next season.

Mbappe, however, denied that such a deal was done.

“Everyone knows that last year I wanted to leave and I was convinced it was the best choice, but the years pass and things change.

“I am French and there is this sentimental side to leaving my country which would have been difficult.

“The project has changed, my club wants to build a new sporting ambition and I think there are other great stories to write here, that’s what matters.”

Hours after Mbappe announced on Saturday that he was staying at the club, it has emerged that PSG’s powerful sporting director Leonardo – heavily criticized by fans – has been sacked.

“We keep the best player in the world,” said the president.

“It’s a great day for Paris Saint-Germain, for our supporters in France and around the world. Kylian is staying at PSG for the next three seasons and that’s important for us and for Ligue 1.”