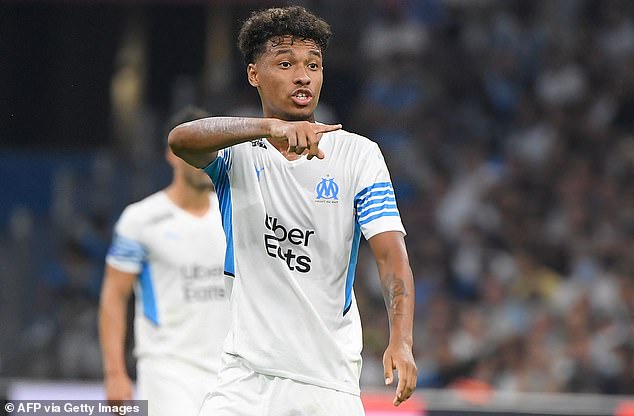 By Kieran Jackson For Mailonline

Marseille midfielder Boubacar Kamara has reportedly turned down the opportunity to join Newcastle United on loan on the deadline day.

The 21-year-old, who was also a target for Wolves on the last day of the window, will now remain at the Ligue 1 club until at least January.

french radio CMR reported that Newcastle had struck a deal with Marseille but the versatile Frenchman chose to reject the chance to move to St James’ Park at the eleventh hour.

The 21-year-old, who was also a target for Wolves, will now stay at the Ligue 1 club

The Magpies, according to the report, have agreed to a loan fee of Â£ 2.2, with a permanent signing option next summer for Â£ 12.9million.

Still, Kamara has decided to stay at Stade VÃ©lodrome for the time being, although his future is still uncertain with less than a year on his contract.

Kamara has also represented France at the youth squad level but has yet to be capped for the senior squad.

Versatile Kamara, who can play both defense and midfield, was also interesting for Wolves on deadline day.

This means Newcastle’s only major signing of the summer was to land Joe Willock from Arsenal for Â£ 22million.

They did, however, manage a late transfer for Mexico’s Under-23 international Santiago Munoz, who joins the club’s academy on an initial 18-month loan deal.