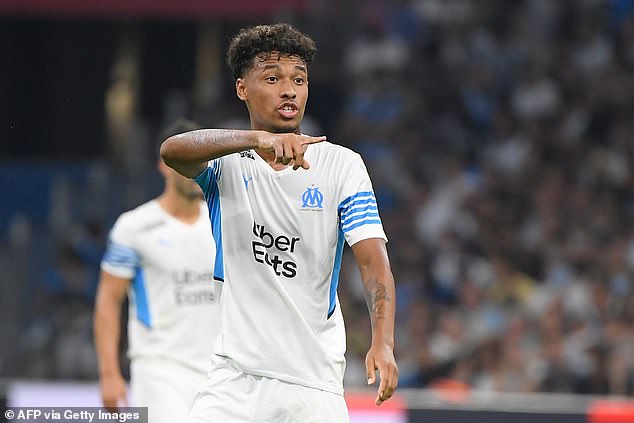 By Ollie Lewis for Mailonline

Newcastle United are set to pounce for Marseille star Boubacar Kamara in January and scupper Manchester United’s plans to sign the French youngster for free next summer, according to reports.

United caretaker boss Ralf Rangnick is said to be a keen admirer of the Frenchman and hopes to try him at Old Trafford, but the Red Devils are said to be waiting until the summer when he becomes available for free.

Brand reports that Newcastle are ready to make a move for Kamara next month, suggesting Eddie Howe’s side are preparing a £10million offer for the versatile centre-back previously linked with Wolves.

The Red Devils will, however, try to stifle Newcastle’s attempts to land Kamara next month and the same outlet reports that the club could offer Ligue 1 side Anthony Martial on loan in a bid to stop them offloading Kamara sooner. .

Kamara has been on Newcastle’s radar for some time and the French outlet RMC Sports reported that the Magpies reached an agreement with Marseille over a deal for the 22-year-old last summer.

The Magpies, according to the report, have agreed a loan fee of £2.2m, with an option to sign permanently next summer for £12.9m.

However, the Frenchman has rejected the possibility of a move to St James’ Park so he might need convincing to change his mind this time around.

Newcastle have since changed ownership, with a consortium led by Saudi Arabia’s Public Investment Fund now making the Magpies the wealthiest football club on the planet.

The Tyneside side are currently mired in a relegation battle and Howe has been tasked with avoiding the drop. New additions of Kamara’s quality will therefore be welcome.

Newcastle have also been heavily linked with the transfer of Atletico Madrid star and England international Kieran Trippier. Reports from last week claimed that the LaLiga champions are anticipating an offer for the right-back.