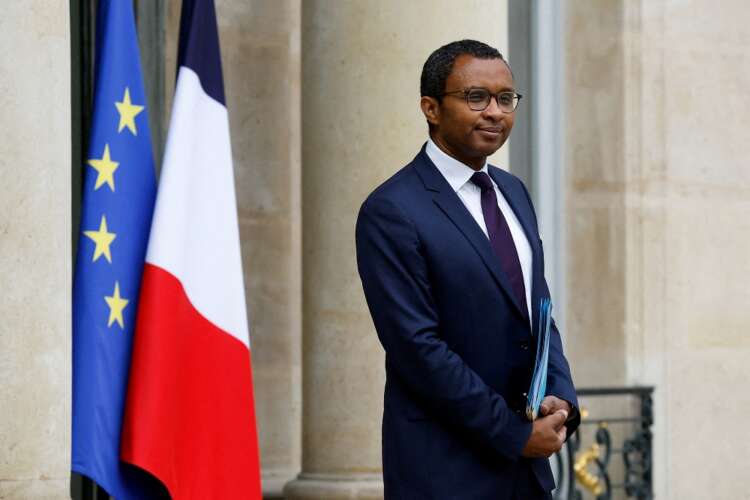 MARSEILLE (Reuters) – French President Emmanuel Macron on Thursday defended his choice of education minister, a black academic whose appointment has sparked a debate about “awakening” and racism in France.

A specialist in African-American history and minority rights, Pap Ndiaye, son of a Senegalese father and a French mother, is only the second black man to lead a key ministry in France.

His May 20 nomination, seen by analysts in part as a tactic to woo woke voters on the left ahead of this month’s legislative elections, has made waves.

Ndiaye’s work on minority rights and his comments, including saying France was in “denial” of police violence and discrimination, angered many in a country where some – including Ndiaye’s predecessor in Ministry of Education – fear the impact of revival.

The far right and staunch conservatives see wokeism as an American import that seeks to rewrite the history of France.

Far-right Marine Le Pen called Ndiaye’s appointment a “terrifying choice”. She said she “didn’t care about the color of his skin”, but rejected his ideas, accusing him, without giving any evidence, of wanting to “deconstruct” France.

Macron brushed off that criticism as he and Ndiaye visited a school in the southern port of Marseille.

Le Monde newspaper said in an editorial this week that France was still struggling with racism.

“That the appointment of a black man to a high ministerial post has fueled so much controversy shows that beyond the political use that the President of the Republic himself has made of it, France still has a long way to go. before being truly ‘blind'”. to skin color “as he claims,” ​​he said.

Upon his appointment, Ndiaye said: “I am a pure product of the Republican meritocracy, of which the school system is the pillar.

“…I am perhaps a symbol of meritocracy, but perhaps also of diversity. I take no pride in it, but rather a sense of duty and responsibilities that are now mine.