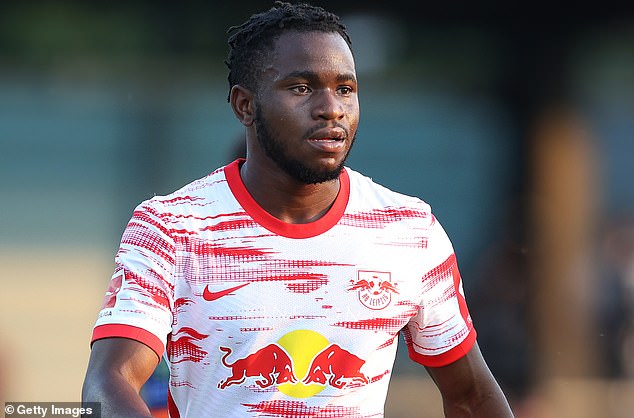 Leicester secured the signing of Ademola Lookman from RB Leipzig on loan, including a call option to bolster Brendan Rodgers’ options on the wing as the England star admits it is “a great honor” to join the Foxes

By Tom Collomosse for Mailonline

Ademola Lookman has joined Leicester on a one-season loan to end Brendan Rodgers’ summer search for a wide striker.

The Foxes boss desperately needed to improve his flank options and finally landed his man, the 23-year-old arriving from RB Leipzig.

Loan fees are considered minimal and Leicester will have an option – rather than an obligation – to sign Lookman at the end of the campaign.

Lookman impressed on loan at Fulham last season and scored in his 2-1 win at King Power Stadium in November. Leicester are confident that Lookman, 23, will be more successful than the last winger they signed in this type of arrangement – Cengiz Under, who only made nine starts in 2020-21 after arriving from Rome.

For some time now, Rodgers has wanted to have a player who threatens on the right as much as Harvey Barnes on the left – time will tell if Lookman is that player.

Lookman is Leicester’s fourth major signing of the summer following the arrivals of Boubakary Soumare, Patson Daka and Jannik Vestergaard.

Lookman said: â€œI am delighted to be here. It is a great honor to be at such a big and incredible club with such a huge history and such a quality group of players.

The facilities are amazing. It’s pretty mind-blowing and I can’t wait to get down to business here. I think the environment is very important for a player, so it’s the right environment for me to work hard every day and help my profession to be even better.

Lookman initially joined RB Leipzig on an impressive loan for the second half of Everton’s 2017-18 season.

He then signed for the Bundesliga in the summer of 2019, but only made 13 appearances the following season.