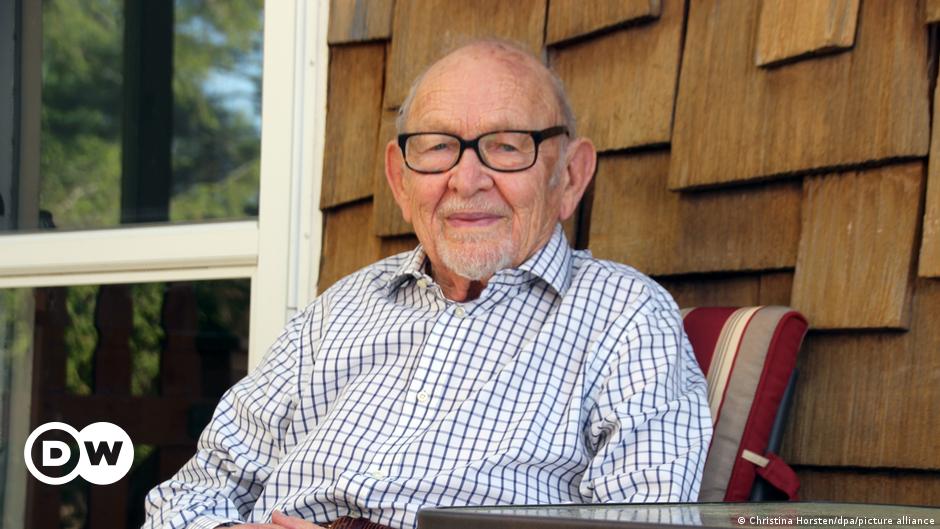 “Justus was one of the last witnesses to the Holocaust. As a member of the French Resistance, he was also a hero in the fight against fascism,” Bard college president Leon Botstein wrote in a letter. .

in tribute to his former colleague after his death.

Justus Rosenberg had ended his teaching career as Emeritus Professor of Languages ​​and Literature at Bard College, a liberal arts institution in New York State. He died on October 30, as reported on New York Times Thursday.

Rosenberg was born in 1921 in present-day Gdansk, Poland, which was then the Free City of Danzig, a semi-autonomous city-state that existed between 1920 and 1939.

The racial laws of the day meant Rosenberg was kicked out of school because he had Jewish parents. He was sent to study in Paris for school and later enrolled at the Sorbonne.

When the Nazis took Paris in 1940, Rosenberg fled the city with thousands of others and eventually landed in Marseille.

“At the time, the American Rescue Committee, which was founded in the United States, sent a gentleman by the name of Varian Fry to Marseille with $ 3,000 in his pockets,” Rosenberg said in an archive video. published by the International Rescue Committee.

Fry had a list of names of people believed to be particularly threatened by the Nazi regime. The plan was to smuggle them out of Nazi territory.

“I was a courier,” Rosenberg said in the video. “I was shopping, except it was not ordinary shopping. It was shopping with false papers, money, various documents, to try to reach the refugees who were trying to get out of there. ‘Occupied Germany,’ he added.

At the time, Rosenberg looked much younger than his age. He was blond and German in appearance and was not often stopped by soldiers to check his papers. In her own words, “I looked so innocent and angelic at the time.” The professor confessed in the video that he was not really aware of the danger involved in the task. For him, it was mostly about adventure and romance.

However, the operation stopped in 1941 after being denounced and expelled by the anti-Semitic and authoritarian French government of Vichy, led by Marshal Philippe Pétain.

Rosenberg was left on his own and managed to escape being sent to a labor camp in Poland. He joined the French Resistance and fought alongside the Americans after the invasion of Normandy.

After the end of World War II and the surrender of Germany, Rosenberg served as an officer in a camp for displaced persons run by the United Nations.

He later enrolled at the Sorbonne and left for the United States in 1946, where he completed his doctorate and taught literature and languages ​​at Swarthmore and then at Bard College.

In 2020, Rosenberg published a memoir entitled “The Art of Resistance: My Four Years in the French Underground”.

Talk to New York TimesRosenberg’s wife Karin, who met her husband in the 1980s, said she knew nothing about his heroism for many years. “Oh, I just didn’t want to brag about it,” recalls Karin Rosenberg. “I believe he was a hero… But he didn’t consider himself a hero. For him, he was just doing what needed to be done,” she said.

“It was a miracle that Justus fulfilled the nation’s famous anniversary greeting of his birth which calls for ‘100 years’ of life,” said College president Bard Botstein in his memorial letter, referring to the Polish birthday song, “Sto Lat”, meaning “May you live a hundred years”.

Botstein added, “Against all odds, Justus took this step. In Poland, his country of birth, just under 3 million Jews – almost 90% of all Polish Jews – were murdered between 1939 and 1945.

Strike of railway workers and airports in France for salary increases