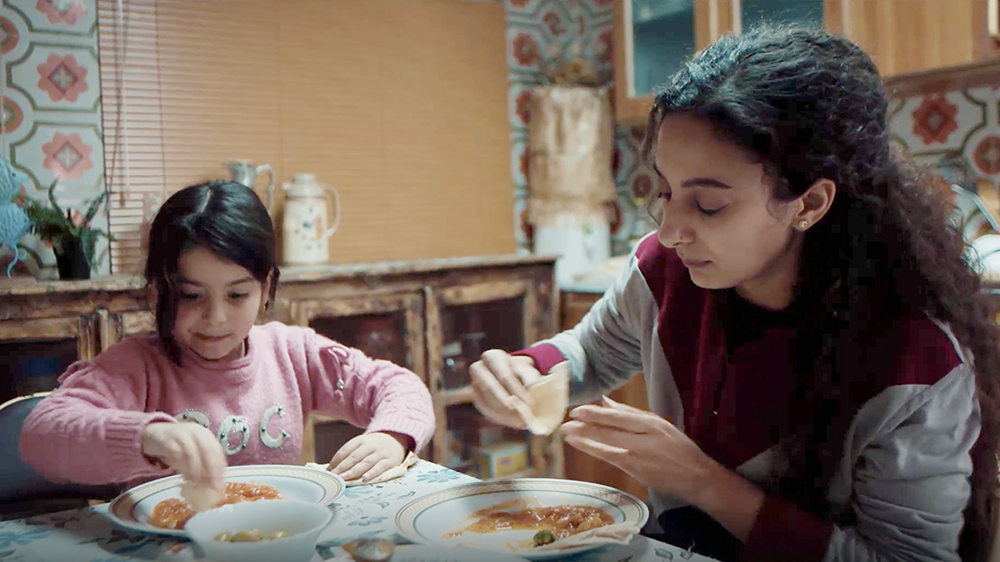 ‘Inshallah A Boy’, ‘The Sea in the Distance’ win top prizes at lively edition of Atlas Workshops

Industrial platform of the Moroccan festival, this 5e edition of the Atlas Workshops saw the return of physical events after two years online, and with it, a welcome reception for the 250 professional delegates who came to support the 23 selected projects – in development, production and post-production – with mentoring sessions, targeted advice and, finally, $109,000 in prizes split between the eight winning titles.

Directed by Amjad Al Rasheed, produced by Rula Nasser of The Imaginarium Films and winner of this year’s top prize at the Venice Final Cut, Jordanian drama ‘Inshallah A Boy’ can now add a $25,000 Atlas post-production grant Workshops at an already substantial budget. list of honors (which also includes the honors of the festivals of El Gouna and Fribourg). The highly acclaimed project follows a young widow navigating a harshly patriarchal legal system following the unexpected death of her husband. The only solution to a system designed to add humiliation to grief? Giving birth to a boy.

“So many people ask us, ‘Is this real? Do you really have this law?!’ It’s inspired by the experience of a person I know, a loved one. But when we started developing the story, we were surprised to find out how common this practice is,” the director said. Variety out of Venice.

Described as “similar to the Dardenne brothers, set in Madagascar and with very good music”, Luck Razanajaona’s “Disco Afrika” won $15,5000 in post-production funds. The ten minutes of footage screened in Marrakesh showed a young sapphire miner narrowly dodging death in a tension-filled nighttime escape before finding a new job as a dockworker – and with that, the allure of the revolution . Back at his family home, the 20-something frontman also discovers his father’s enviable collection of afro-funk vinyl, giving this project a catchy beat.

‘A Golden Life’ director Boubacar Sangaré described his documentary on the gold mine as ‘a film for the big screen’ and the images shown in Marrakech certainly proved it. Set in the mines of Burkina Faso, the first feature exhibited a taciturn, rugged splendor as it explored the working conditions and natural surroundings of a group of (quite literal) gold diggers trying to get a better life. Produced by Faissol Gnonlonfin, the project has received $10,300 in completion funding and is expected to be ready early next year.

On the development side, “La Mer au Loin” by Saïd Hamich Benlarbi received a grant of $15,500. Produced by Sophie Pinson of Barney Production and Manuel Chiche of The Jokers, the 1990s project follows an undocumented immigrant living in exile in Marseille. While preparing this second feature, the Franco-Moroccan filmmaker has established himself as one of the most dynamic young producers in the industry, with films by Nabil Ayouch, Faouzi Bensaïdi and Ismael El Iraki.

One of the hottest projects in Ateliers Atlas’ development wing, “Pigeon Wars” marks the feature debut of Canadian-Lebanese filmmaker Dania Bdeir, whose short “Warsha” has won more than 60 awards – including three are qualifiers for the Oscar, at Sundance, Outfest and Short Short in Tokyo.

Mamadou Dia’s ‘Demba’ was another star of the Ateliers, his sequel to his 2019 Locarno Best Debut feature ‘The Father of Nafi’. Edited by JoyeDidi, based in the United States in Senegal, it revolves around a 55-year-old widower unable to recover from the death of his wife in a Senegal where mourning and depression remain taboo.

Produced by Sunuy Films of Senegal, Tact Production of France and Neon Rouge of Belgium, “Lende”, Ndiaye’s second feature film, watches a fishing district sink under the rising waters of the Atlantic in Saint-Louis, Senegal .

Directed by Ala whose 2020 short ‘I’m Afraid to Forget Your Face’ was the first Egyptian film to win a Palme d’Or at Cannes, his feature debut ‘Whale Belly’ revolves around a girl 17-year-old who is fighting to save the life of his sick father’s life.

The best of variety

Seven players who could miss Qatar 2022, from Son Heung-min to Ben Chilwell