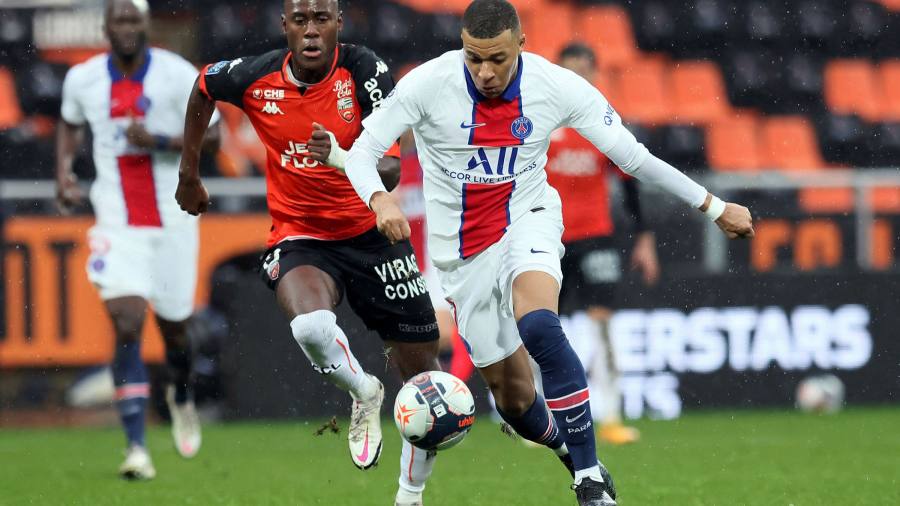 The French top football league failed to auction off four sets of TV rights for the 2021-2024 seasons that had been returned by its cash-strapped former broadcaster Mediapro, plunging the sport deeper into crisis.

The Professional Football League (LFP) said Monday evening it had received offers from tech giant Amazon, US broadcaster Discovery, which owns Eurosport, and sports streaming service DAZN. None of the offers were considered valuable enough by the league.

“Since the reserve prices were not met, the consultations were unsuccessful,” he said. “The LFP will take 48 hours to determine the next steps in the marketing of its TV rights.”

The French Ligue 1, made up of 20 teams including Paris Saint-Germain and Olympique de Marseille, must now seek a new way out of the slow-motion crisis that began in October when Mediapro simply stopped paying TV rights. Several club presidents told the Financial Times earlier that the situation could push some clubs into bankruptcy, and many have already started negotiating with players to reduce their salaries.

The auction’s failure is largely due to the fact that pay-TV operator Vivendi Canal Plus and Qatar-backed beIN Sports did not submit bids.

Canal Plus has been the main broadcaster of French football for decades, but in 2018 the league cut it in favor of newcomer Mediapro in an auction that pushed the total price up nearly 60% to a little over a billion euros. At that time, beIN Sports won a smaller bundle of rights and then signed a license deal worth 330 million euros per year with Canal Plus to give them access to the matches.

Then the Covid-19 pandemic last year threw a veil on sport by undermining ticket and merchandising revenues. The crisis crippled Mediapro’s attempt to launch a new pay-TV channel called Telefoot to showcase French football, and by October the Spanish company had simply stopped paying the hundreds of millions it owed the league.

Mediapro then requested legal protection for its creditors, namely the LFP.

After a fierce struggle and a court-supervised mediation process, both sides finally agreed that Mediapro would return the rights, leaving the league free to resell them. But the broadcaster would only pay a fraction of what it owed the league, putting enormous strain on the finances of member clubs.

And before the auction could take place, Canal Plus launched legal action against the LFP, arguing that the league should also take back the bundle of rights it had licensed from beIN Sports. Canal Plus argued that it would be fairer to resell all rights, otherwise it would be stuck with the inflated prices set at the 2018 auction.

The league refused, then proceeded with the auction which failed on Monday. A court hearing is scheduled for February 19 to hear the Canal Plus case against the league.

Canal Plus has also filed a complaint with the French competition regulator regarding the league’s decision.