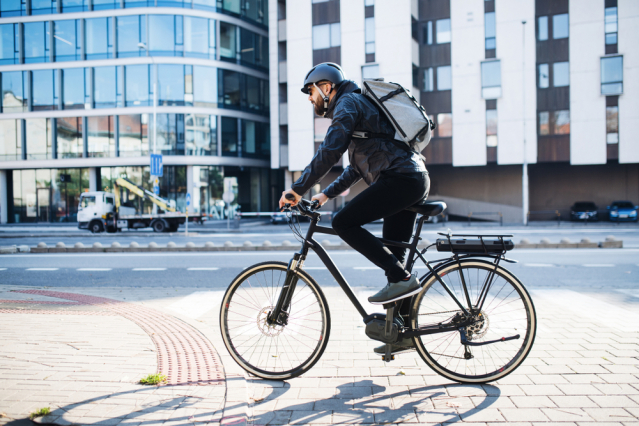 France in the world’s top 5 cycling, according to Google Maps data

France is number five in a list of countries in the world for bicycle use, new data from the Google Maps cycling app shows. Paris is the third largest city in Europe, just behind Amsterdam and London.

Google Maps has compiled data from its app in 30 countries, which shows how many users have used the app’s bike steering feature to make their trips, to coincide with this week’s World Cycling Day.

Google Maps provides users with travel options, including by car, public transport or taxi, on foot or by bicycle.

In cycling, Germany took first place, followed by the United States, the Netherlands and Japan, with France completing the top 5.

Cycling use in 2020 in France increased 45% from 2019, which helped boost the country’s ranking, Google said.

Around the world, users seem to use Google Maps and bikes more than ever for getting around, with searches for â€œbikesâ€ tripling in the past year.

Data for individual cities push France even higher, with Paris coming in fourth place, behind London (third place) and Amsterdam (second place). Tokyo took the first place in the world.

The most popular cycle paths in Paris can be found in the Arts et MÃ©tiers, Palais Royal and Oberkampf districts.

The average duration of bicycle trips in France is also on the rise; 2% more last year. Globally, travel for 2021 is up 10% on average compared to 2020.

The pandemic appeared to dramatically increase bicycle use in France, with a record 2.7 million bicycles sold in the country in 2020 (up 1.7% year-on-year), and the industry growing by 25% year on year to a record value of 3 billion euros.

JÃ©rÃ´me Valentin, president of Union Sport & Cycle Told BMFTV: â€œThe enthusiasm started in September 2018 with the launch of the ‘bicycle plan’ by the government. This plan is the cornerstone of the launch of cycling culture in France. “

Mr. Valentin said: â€œOur industry has done well in 2020, but we must remain vigilant. 2021 remains a challenge as we face logistical challenges to put in place the parts needed to meet demand. “

France offers a number of financial aids to help people start cycling, including a â‚¬ 200 grant for low-income adults to purchase an electric bicycle.

Some regions, such as Ile-de-France, Occitanie, Corsica and Pays-de-la-Loire, offer additional aid for the cost of a bicycle. The amounts vary from 150 â‚¬ to 600 â‚¬ depending on the region, the amount never exceeding half the price of the bike.

The country has clear rules for using the road by bicycle, with standard fines depending on the offense.

The fines increase in amount if they are not paid after a certain period of time. Fines can reach up to 1,500 to 3,000 â‚¬ in the event of a repeat offense.

A full list of rules and fines can be viewed here.

Man fined for traveling 98 km / h on electric scooter in south of France
Tributes paid as French “oldest cyclist in the world” dies at the age of 109
MAP: Paris plans 680 km of new cycle paths connecting the suburbs to the center