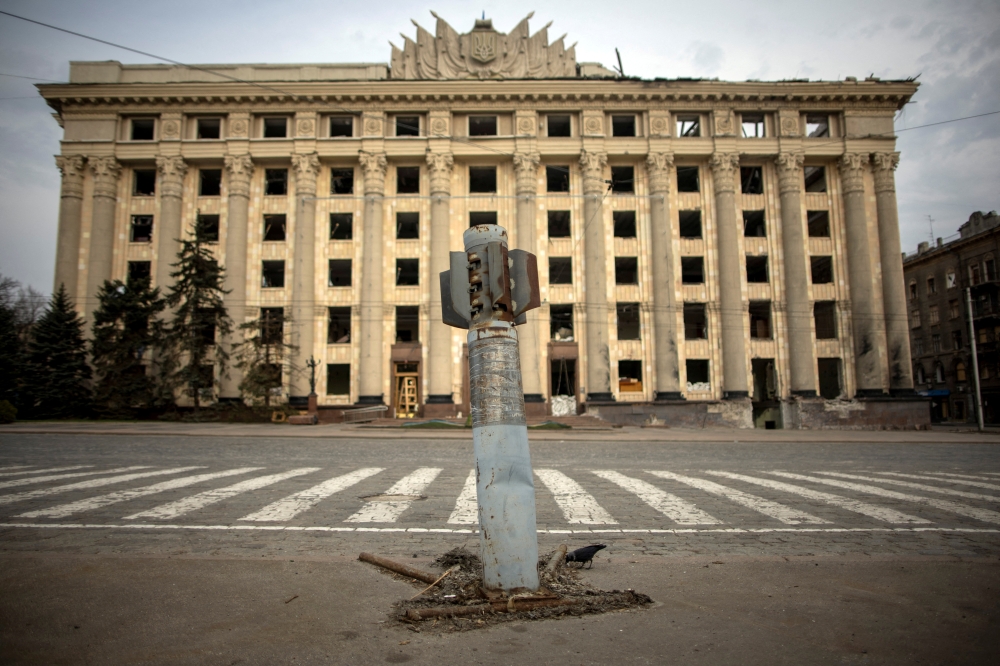 A bird is seen next to a missile from a previous Russian military attack as the damaged Kharkiv state regional administration building is seen in the background, amid Russia’s attack on Ukraine, in Kharkiv, Ukraine, April 11, 2022. REUTERS/Alkis Konstantinidis

General/ International/ Countries around the world/ FranceParis, April 13 (QNA) – French authorities have announced that they have so far frozen 23.7 billion euros of Russian movable and immovable assets, including real estate worth of $573.6 million.

Assets belonging to the Central Bank of Russia, which, according to the French Ministry of Economy and Finance, amount to 22.8 billion euros, constitute the bulk of the frozen assets, confirming information published by the French newspaper “Le Parisien”.

The ministry added that 178 million euros of various bank assets are added to the list of frozen assets.

France has frozen four freighters and four yachts, the last of which was in Marseilles last week, worth a total of more than 125.2 million euros, in addition to six helicopters worth more than 60 million euros, as well as works of art worth 7 million euros. The French authorities have also seized 33 properties, including 19 real estate companies, and are preparing to seize a dozen other properties.

The total value of these movable and immovable funds is approximately 24 billion euros.

In the last period, the European Union, the United States and the United Kingdom adopted a set of tough economic sanctions against Russia, in an attempt to pressure Moscow into stopping the military operation. which she launched in Ukraine on February 24. (QNA)

Not Arteta’s form: Why Arsenal should have no regrets cutting Guendouzi and Aubameyang