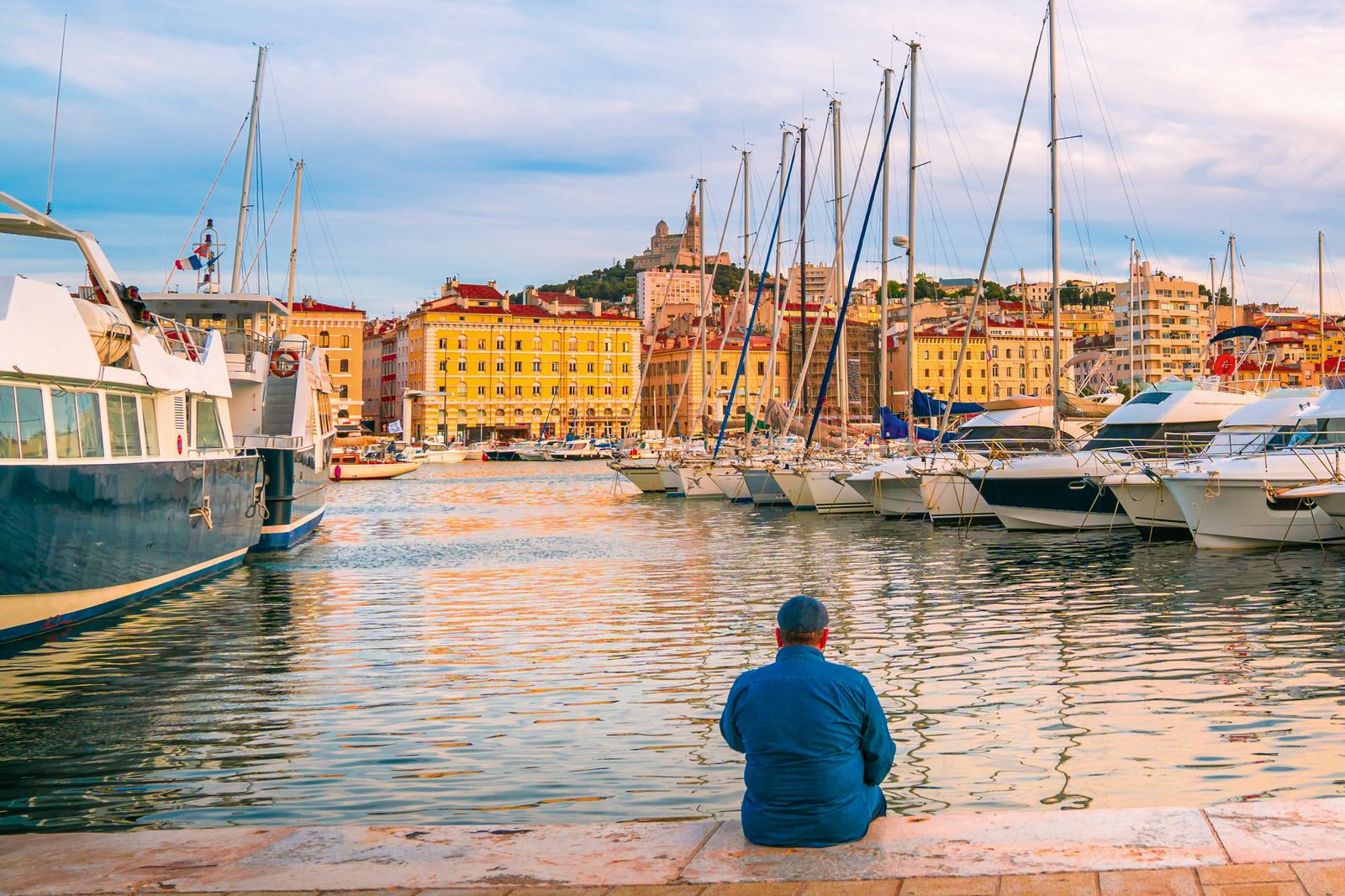 In France‘s oldest city, famous for its ethnic diversity from centuries of commerce, a growing number of boutique hotels reflect local culture and connection to the sea.

One of the spots that is revitalizing the old Phocaean city is the Tuba Club, set up on the waterfront in the Goudes district. Opening in 2020 took over a century-old building, which began life as a restaurant before becoming a diving club frequented by legendary French freediver Jacques Mayol in the 1980s.

Fast forward to today, and it is completely reborn as a stylish seaside retreat, designed by a local collective of friends from film, architecture and fashion. The Tuba Club celebrates its setting through its design, with upcycled furniture that sits alongside the work of local artists and raw materials such as wood, stone, beads and shells.

Minimalist and bright, the hotel’s five rooms have seagrass floors, rope lamps, and marine plywood headboards. In the seafood-inspired Tuba restaurant and on its terraces, diners enjoy seasonal Mediterranean dishes, including the catch of the day.

The bar complements this culinary offering with cocktails that reflect the flavors and stories that shape Marseille, as Tuba’s own radio provides the soundtrack for it all. Outside on the rocky shore, guests can soak up the sun on yellow-striped lounge chairs before jumping straight into the sea. Activities include snorkeling trips, boat trips, and canoeing. From €160 (£140).