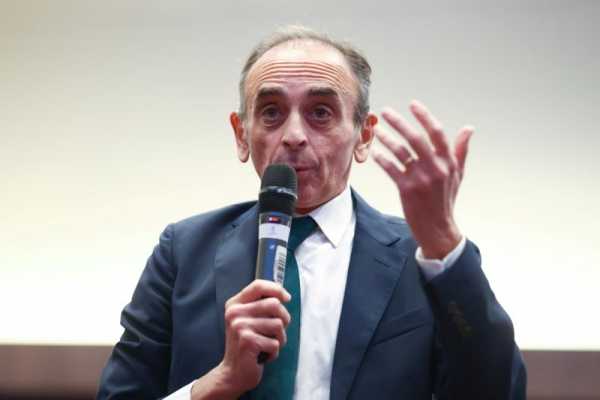 Zemmour, a former journalist known for his hard-line anti-migration stance and Euroscepticism, dominated the pre-election calendar with his polarizing language.

The polls had seen him compete with Marine Le Pen, leader of the traditional far-right National Rally party, to qualify for the second round of the presidential election next April.

But his campaign has stalled after several misadventures, even before he officially announced his candidacy – which he is expected to do at a mass rally in Paris on December 5.

Agence France Presse broke Zemmour by pointing his middle finger at an opponent who had just held out his finger, and quoted Zemmour as saying “and very deep”.

This weekend’s trip to France’s second-largest city, Marseille, was to end its pre-candidacy campaign on a positive note, but it received an icy reception. A walkabout lasted barely 15 minutes with residents shouting: “Get out, anti-fascist Marseille”!

Police eventually escorted him through the train station as anti-fascist protesters demanded he leave their town.

â€œFingergateâ€ is likely to hurt its already stagnant poll scores. An Elabe poll this week had already seen him drop around 2 points to between 12% and 15% from two weeks ago and Le Pen increase by around 2-4 points between 20% and 22%.

Zemmour’s troubles began almost 10 days ago after a trip to Britain to court investors was overshadowed by the event’s cancellation by the Royal Institution of London. In Geneva, the authorities refused him permission to hold a conference in a restaurant.

He also sued gossip magazine Closer after claiming he was expecting a baby with his top political adviser.