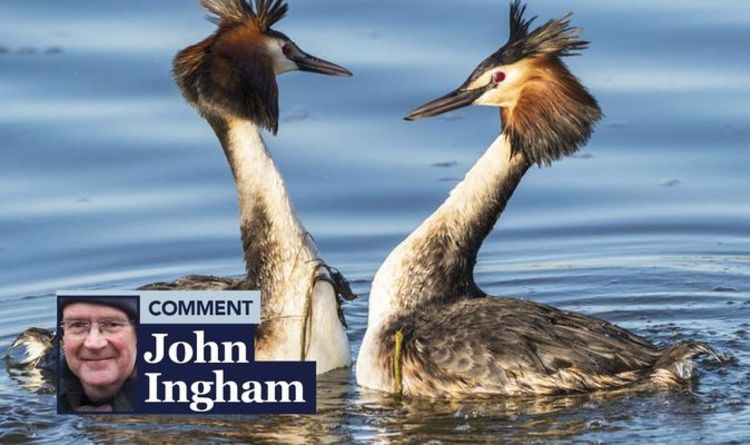 Male and female face each other, fan their strawberry head feathers and shake them side to side, then dive underwater before rising together with grass in their beaks. They then walk on the water to â€œstandâ€ chest to chest in one of nature’s great bonding rituals. And we have to thank a Victorian woman from Manchester for the privilege of still being able to watch loving grebes.

Emily Williamson (1855-1936) fought to prevent feathers, including the magnificent plumes of great crested grebes, from being used as accessories in women’s fashion.

Along the way, she and Eliza Phillips founded what has become the Royal Society for the Protection of Birds. This week, to mark the centenary of the Plumage Act of 1921, Emily was posthumously named a member of the British Ornithologists’ Union, which the male members of the Victorian era snubbed her.

Shortlisted designs for a statue near his home in Didsbury were also unveiled.

His work is far from over. This week, the Commons environmental audit committee called government nature conservation policies “toothless” and plagued by budget cuts. At the same time, a report from Emily’s “baby”, the RSPB, showed that it was not to be.

It is estimated that the government could earn Â£ 6.4 billion a year in carbon storage, air quality and recreational benefits by harnessing the power of nature.

Every Â£ 1 invested in salt marshes, bogs or woods would bring in Â£ 3 in profit. There would be other bonuses such as water quality, flood management, job creation and noise reduction.

There is another factor which cannot be measured but which is just as vital: pleasure.

In Dorset last week two women saw me birding and one got excited about the swallow-shaped hawk she had seen on Dartmoor. It was a hobby, which comes here every summer from Africa. Obviously, watching wildlife makes us happy. It’s good for our mental health.

Considering what we’re going through, you can’t put a price on this.

Three cuckoos tagged by the British Trust for Ornithology – their summer of looting nests behind them – are already in France.

AJ, from Sherwood Forest, and Jac, from Denbighshire, are near Paris, while Calypso, from Worcestershire, is near Marseille. He is probably heading for the Congo via Italy. But the biggest barrier awaits you – the Sahara.

JACKDAWS, which pair for life, put survival above love.

When the breeding females were threatened, the University of Exeter told a Royal Society newspaper, their mates did not console them.

They continued to feed them but reduced their own risk by minimizing contact.

New balls, please. About 320 million tennis balls are sold worldwide each year and most end up rotting in landfills. But Price of Bath (priceofbath.com) claims that its Phoenix balls are made from recycled tennis balls – and when they are worn out, you send them back to be recycled again.

Spiders have a strong taste for snakes.

Many poisonous spiders can kill and eat snakes up to 3 feet long and 30 times their size, reports the American Journal of Arachnology.

American spiders can even kill deadly rattlesnakes and in Australia red spiders can fight off cobra relatives.

Are we having a disappointing year?

We have more ticks on my dog â€‹â€‹so far this summer than in the past 20 years combined.

I have the scars. Taking them out of our edgy young Muttley is about as calming as doing 10 rounds with an all-in wrestler.

GREEN COUNCIL: Lower the thermostat 1C could save up to Â£ 80 a year on energy bills, says Uswitch.