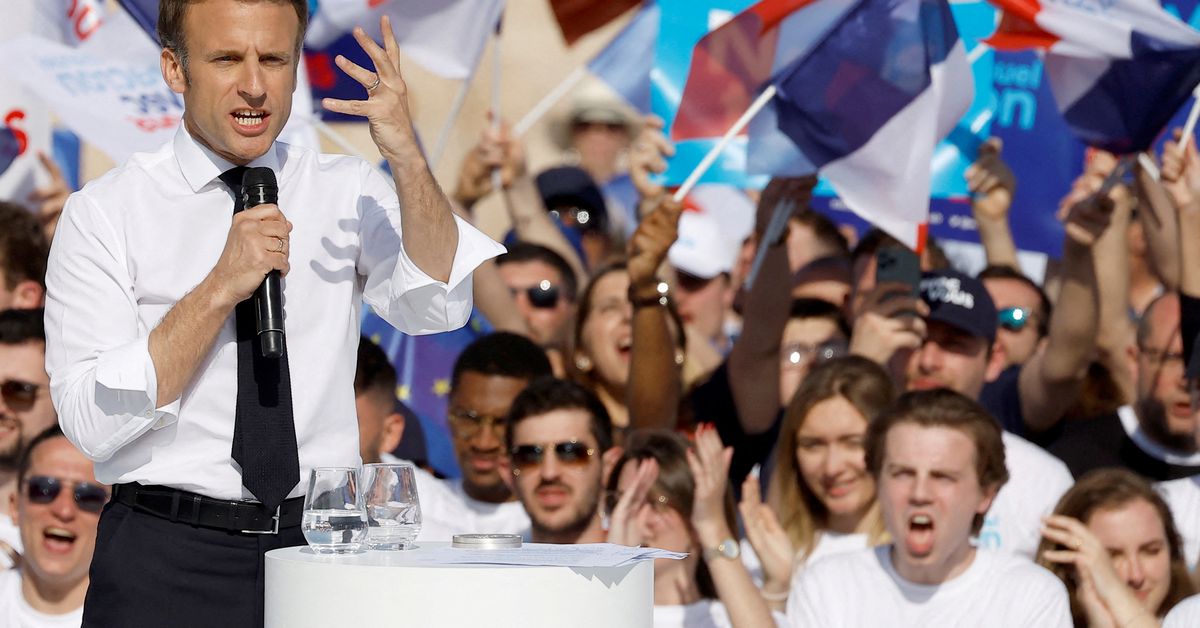 Explanation: What you need to know about the French presidential election

Opinion polls point to Macron as the likely winner, but by a much smaller margin than in 2017, when he beat Le Pen with 66.1% of the vote. A victory for Le Pen cannot be ruled out, even if it is the less likely of the two scenarios.

– Who do voters hate or fear the most? Neither candidate has enough diehard supporters to carry them to power. The key, then, is to convince voters that the other candidate is worse, with Macron focusing on far-right fears and Le Pen banking on voter disenchantment with his ruling opponent’s record.

– The decisions of left-wing voters will be crucial to the outcome. Macron’s style and politics have upset many on the left and he will find it harder than in 2017 to convince enough of that and keep the far right out of power.

Whoever wins on Sunday will only have done so after a bitter and divisive campaign and likely by a small majority.

If Macron wins, he will face a tough second term, with little or no grace period and voters of all stripes likely to take to the streets over his plan to pursue business-friendly reforms, including on pensions. . Read more

If Le Pen wins, a sea change in France’s domestic and international policies would be expected, and street protests could begin immediately. Read more

Either way, one of the winner’s first challenges will be to win the June legislative elections.

– Purchasing power is the primary concern of voters, following a sharp rise in energy prices and rising inflation. Le Pen successfully focused his campaign on the issue.

– The election campaign began in the midst of the war in Ukraine. Polls showed an initial boost for Macron, but that has faded.

– Polls show voters unhappy with Macron’s economic policies, but unemployment is at its lowest in years and those polled believe none of his opponents would do better.

– Macron’s handling of the COVID-19 pandemic could also play a role.

– At 6:00 p.m. GMT, voting ends, exit polls are released and French television will announce the predicted winner. Official results arrive throughout the evening, but exit polls are generally reliable.

Free activities to do in Marseille