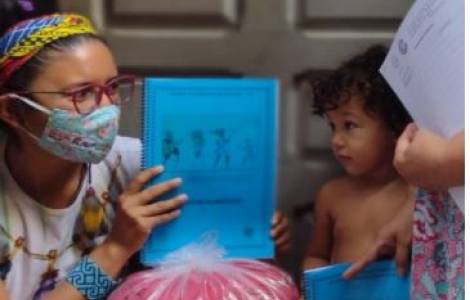 Rome (Agenzia Fides) – “The conversion of Saint Ignatius does not only concern the past, but also the present and the future. It is an opportunity for renewal and rediscovery of Ignatian roots. It is an opportunity to stop, take stock and put Christ back at the center With this in mind, we have decided to place special emphasis on the 500th anniversary of the conversion of Saint Ignatius of Loyola after his injury in Pamplona, ​​carrying out a special jubilee year, which began last May and will end on July 31, 2022, the feast of Saint Ignatius. “This was reported to Agenzia Fides by Father Arturo Sosa, Superior General of the Company of Jesus, recalling that March 12, 2022 will be the 400th anniversary of the canonization of Saint Ignatius: “Ignatius – he explains – founded the Society of Jesus to help people see that God acts in the reality of their lives and to enjoy the growing dream to which the Lord calls us every day “.
All over the world there are many pastoral and missionary events, initiatives and programs dedicated to Ignatian spirituality. In Germany, a documentary in several languages ​​on Ignatius and his spirituality, entitled “Ignatius the Godseeker”, will be screened. In the United States, a news initiative was launched called “In the Pilgrim’s Company”. In France, in Marseille, a very important meeting of the Ignatian family is organized for November 2021. In Hungary, a board game is in preparation in several languages ​​to discover in a fun way the history of the Jesuits and live a community experience. In Latin America, a series of prayer guides, with audio-visual capsules, are being prepared for distribution on social networks. In Africa, a photographic competition for young Jesuits will be launched to capture in images various aspects of the mission of the Society of Jesus on the continent.
“It is good to remember – observes Father Arturo – that the injury suffered by Ignazio in Pamplona was not so much a happy ending, but a happy ending as a happy beginning. Conversion sometimes consists of great moments of change, but it is also a process that accompanies us throughout our life: this process – he concludes – is a pilgrimage through winding roads, sometimes having to retrace our steps, sometimes feeling lost. people who show us the way and lead us by the hand “. (ES) (Agenzia Fides, 19/6/2021)

Attachment to the article

Dinner at the museum: Michelin-starred chefs offer refined cuisine in the cultural highlights of France