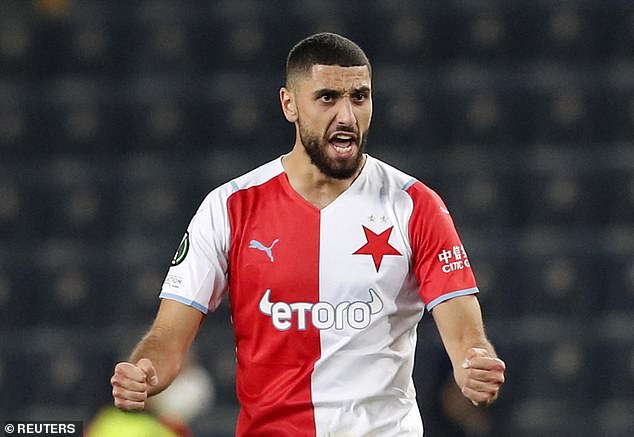 By David Wood for MailOnline

Slavia Prague won 3-2 away at Fenerbahçe in the first leg of the Europa Conference League knockout stage qualifier on Thursday.

The Azerbaijani side rallied in the second half with Kady completing a neat move in the 85th minute.

PSV Eindhoven cruised to a 1-0 victory over Maccabi Tel-Aviv, courtesy of an early Cody Gakpo goal.

PSV’s young Dutch winger Gakpo received a through ball from Mauro Junior in the 11th minute and cleared a defender on the edge of the box before firing a perfectly placed shot into the bottom left corner to give the advantage to the hosts.

The Eredivisie side dominated the game but couldn’t increase their advantage and travel to Israel next week with a slim lead.

Danish side Midtjylland beat PAOK 1-0 at home, Austrian club Rapid Wien had a man sent off but still managed to secure a 2-1 win over Vitesse Arnhem and Partizan Belgrade won a 1-0 victory at Sparta Prague.