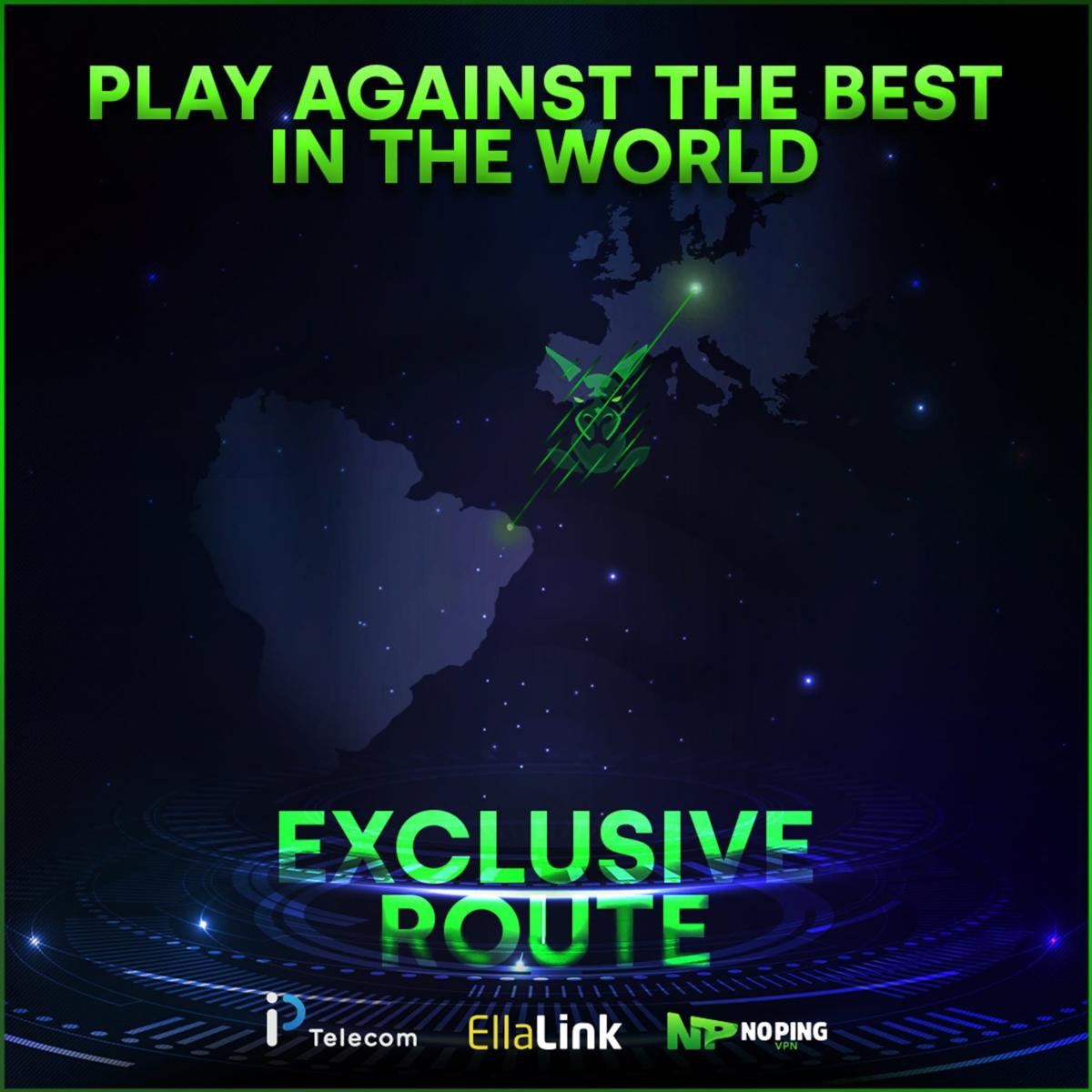 Thanks to the new undersea fiber optic cable, which directly connects Latin America to Europe, and the expertise of the partners, players from both continents will play matches online with 30% less latency.

The entry of the EllaLink cable into the world of gaming is the result of a partnership with IP Telecom – which provides differentiated IP transit access to the main content servers spread across the European continent – and with NoPing, a powerful solution for latency improvement focused on the online gaming segment.

Inaugurated in June, after an investment of BRL 1 billion, the EllaLink cable comprises four pairs of optical fibres. Before, most connections between the two continents were made via the USA. The new direct route, 6,000 km under the waters of the Atlantic, between Fortaleza (Ceará) and Sines (Portugal), guarantees a high-speed and high-performance connection (up to 100 terabits per second), with reduction of latency regarding the previous route. In addition to online gaming, low latency benefits the performance of digital businesses, cloud services, electronic banking, and entertainment media.

The expertise of the partners brings together the decisive factors for online correspondence between Brazilians and Europeans: quality and speed of connection at any point on the two continents to take advantage of the reduced latency of the new route offered by the EllaLink cable.

“This reduction in latency in the connection between Brazil and Europe, measured in milliseconds (ms), represents the greatest differential of our cable, but many people have not been able to realize this gain in most applications. “, explains Rafael Lozano, head of EllaLink in Brazil. “In an online game, if we imagine two players, a Brazilian and a North American, playing on a European server, aiming at the same target at the same time, the differentiator between winning and losing will be whoever hits it first, and that’s determined by latency, called LAG by the players,” he adds.According to Lozano, with this new course, they will compete on a level playing field.

Lozano notes that until the partnership between EllaLink, IP Telecom and NoPing, latencies across continents were around 250ms between major game servers, and a game experience considered good should be less than 150ms. “With the EllaLink cable, this latency is reduced to less than 120 ms between points of high traffic concentration in Europe”, he specifies.

In other words, from now on players will notice the difference. In addition to the shorter direct route provided by the EllaLink cable, IP Telecom will streamline data transmission from supplier customers, using EllaLink’s connection hubs on both sides of the Atlantic – and also via European partners, will extend transmission to Sines, Lisbon, Madrid and Marseille, and in Brazil, from Fortaleza to Ceará to São Paulo and Rio de Janeiro.

“IP Telecom has in its DNA the pursuit of advanced connectivity. We are creating a turning point in Latin America by offering the lowest latency between Brazil and Europe. This offers the market a new experience”, said IP Telecom . CEO, Jefferson Carvalho.

NoPing, in turn, will ensure that the connection has the lowest possible latency. Indeed, its solution works like an Internet GPS: the algorithm calculates all the available routes and chooses the one that simultaneously allows the maximum reduction in latency, with packet loss and correction of connection loss.

According to Marcos Kenickel Vasconcelos, CTO of NoPing, the partnership will usher in a new era for the company in the multi-billion dollar gaming market – a segment that moves around US$200 billion per year worldwide (more than the combined movie and music streaming market) and is expected to bill $2.3 billion in Brazil in 2021, according to estimates from industry consultancy Newzoo.

“Breaking the borders with the European continent was something we always dreamed of,” says Vasconcelos. “Now we will have hotly contested online championships between the two continents, which should expand the inclusion of Brazilian players in Europe,” he adds, referring to e-Sports players, such as the professional version. online games is known, where NoPing has a strong participation, finance teams or offer services.

In terms of online gaming audience, Brazil is third in the world, behind the United States and China. Besides several types of games that Brazil has already had world champion teams – Free Fire, Counter-Strike: Global Offensive (CS:GO), Rainbow Six Siege – the NoPing executive believes that the direct route to Europe will have an impact on Brazilian players who are fans of Dota 2. “It is the strongest game modality for Europeans and also the one that distributed the largest e-Sports prize pool in 2021, around $47 million”, he said. To get an idea, the champion and vice-champion of the last edition of the Copa Libertadores de football received 22 million dollars from Comenbol.

Vasconcelos says that the first matches between Brazilian and European players on EllaLink cable saw a drop in latency on the order of 30%. “This is for gamers connected in the South East region. Gamers in the North East, due to physical proximity to Europe, have seen latency drop by up to 50%,” he notes. he.

The excellent results have led the company to schedule NoPing Day, an event that will bring Dota 2 teams from both continents together in a challenge on February 18.

“This is just the beginning. EllaLink will soon connect a DataCenter in Cape Verde, which should have an impact on increasing intercontinental play of popular online games. Then we will have a wave of African players joining the circuit “, predicts Vasconcelos.

The EllaLink system was built with state-of-the-art coherent technology initially offering 100 Tbps capacity over four direct fiber pairs between Europe and Brazil. EllaLink is a private, independent company committed to providing products and services on a neutral, open access basis. Marguerite II, a pan-European investment fund active in the renewable energy, energy, transport and digital infrastructure sectors, is the main shareholder of EllaLink.

A photo accompanying this announcement is available at https://www.globenewswire.com/NewsRoom/AttachmentNg/71a00cfe-bd74-497f-92a3-7b8c870c78d5

Activists call on Guess founders to step down