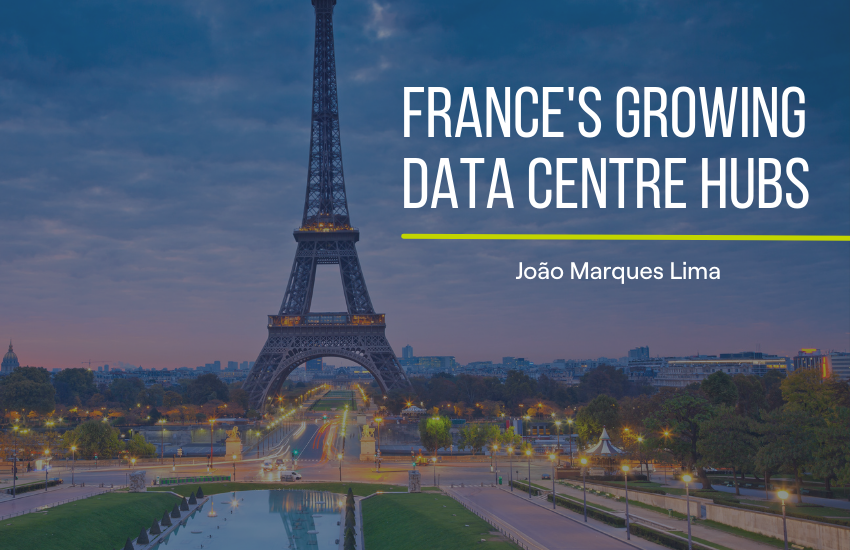 With the rapid adoption of data services, the country has seen a new wave of capital for expansions in the last three years, not only in the capital region and the maritime/digital port of Marseille, but elsewhere, notably in Lyon, Lille, and Strasbourg. From the cobbled streets of Paris to the sunny French Riviera, France is not only home to some of Europe’s most scenic landscapes, but also home to an ever-growing number of digital infrastructure companies.

More than $1.2 billion is invested in the French data center sector each year, which generates up to eight times more investment in IT equipment, according to the France Datacenter Association.

According to Mordor Intelligence, the market is expected to register a CAGR of 8.7% between 2021 and 2026.

The rapid penetration of the Internet and smartphones has increased the user-friendliness of digital payment services across the country and boosted the demand for data centers in France.

In 2019, no less than 62% of the French population made purchases online, before the Covid-19 pandemic caused online purchases to explode.

Digital-only banks, also known as neobanks, are also redefining the future of banking in France and have attracted many established international neobanks, sparking a need for new data center assets.

Increase in cloud adoption in most enterprises due to emerging technologies, such as artificial intelligence, big data, and blockchain among various end users, has also boosted the market in France.

The General Data Protection Regulation (GDPR) and the French Data Protection Authority have served as a vehicle for new data center builds, which should drive more investment, as it provides the protective legal framework for data storage and processing. This is a continuing trend across Europe today and in several other regions. But France is also forging ahead with new data center trends.

The country is also seeing the emergence of state-of-the-art infrastructure that brings data storage closer to populations across France. And it attracts a lot of money.

For example, Cellnex and Bouygues Telecom have signed a strategic agreement to invest 1 billion euros ($1.14 billion) over the next seven years until 2027.

The picture of the French data center economy looks positive in the short to medium term, including land and electricity, crucial for the spread of the industry.

Being such a key market – let’s not forget that Paris is part of the European Big 5 known as FLAP-D (Frankfurt, London, Amsterdam, Paris and Dublin) – all the big players have a footprint in France, including Equinix, Digital Realty through its subsidiary Interxion, Telehouse, Data4, Global Switch, OVH Cloud, to name a few.

Some of the biggest expansion projects are currently being developed by Digital Realty, which in Paris alone is investing over $1.2 billion, including the construction of what will be one of France’s largest accommodation campuses in the capital.

Fabrice Coquio, Managing Director of Interxion France, explains that this development responds to the strong demand from content and cloud providers, interested in a third hub in the Paris region.

“It will also allow companies in the East of France to improve the resilience of their infrastructures by being located near Paris, while being connected to a high-performance, low-latency network. It marks a new chapter in the development of Interxion in France to continue to meet customer demand,” he adds.

Digital Realty, in conjunction with Equinix, also made headlines when Crosslake Fiber’s undersea cable linking London and Paris came online. The CrossChannel system connects two of Europe’s Alpha capitals and important financial centers. The project strengthens the position of Paris and France in a post-Brexit Europe.

Plans for what could become France’s largest data center project to date were submitted by Washington, DC-based operator CloudHQ, part of the Fateh Family Office in November 2021.

The company plans to build 66,000 m²/710,400 square feet of data center floor space on 13.7 hectares of land in the Leonardo da Vinci Business Park. Of the 13.7 hectares, 12 are currently under agricultural cultivation.

The business park is located in the concerted development zone (ZAC) of the Folies which extends over 32 hectares to the west of the town of Lisses, thirty kilometers south-east of Paris.

As the EU’s second-largest country heads to the polls in April 2021, it’s also a key time for the data center industry to make its voice heard.

The few sample projects mentioned above are part of a two-part act necessary to achieve this. Not only does the sector need to show its viability and criticality – which ongoing investments and the Covid-19 pandemic have shown – but also come together.

Prepare today for the challenges of tomorrow

what France Datacenter Association does by mobilizing collective intelligence and sharing best practices around four objectives.

In his “Plan Ambition 2025”, the president of France Datacenter, Olivier Micheli, also president of the operator Data4, indicates that the group wants to develop the attractiveness of the professions in the sector, strengthen the resilience of infrastructures, innovate to better protect the environment, and overall, to accelerate the development of the data center sector in France.

“France has many assets for the establishment of data centers and data hosting,” says Micheli. “Ideal location, temperate climate, carbon-free energy, vast business fabric in Paris and in the regions, very good telecommunications network, attractive real estate and high-level skills: these are the main assets of our sector, one of the most competitive in Europe.

The association also recently launched a seven-point list with suggestions for French presidential candidates to approach in the run-up to the election.

As Europe plans its roadmap for the post-Covid 19 era, data centers are expected to continue to receive mostly positive attention from all parties.

For France, the country has flames to decide his destiny and the question will be whether he can climb higher in the data center league, and especially for Paris, whether he can regain his place as Top 3 of the European FLAP-D alongside London and from one of the other three – Frankfurt, Amsterdam or Dublin.

How to apply for a payday loan