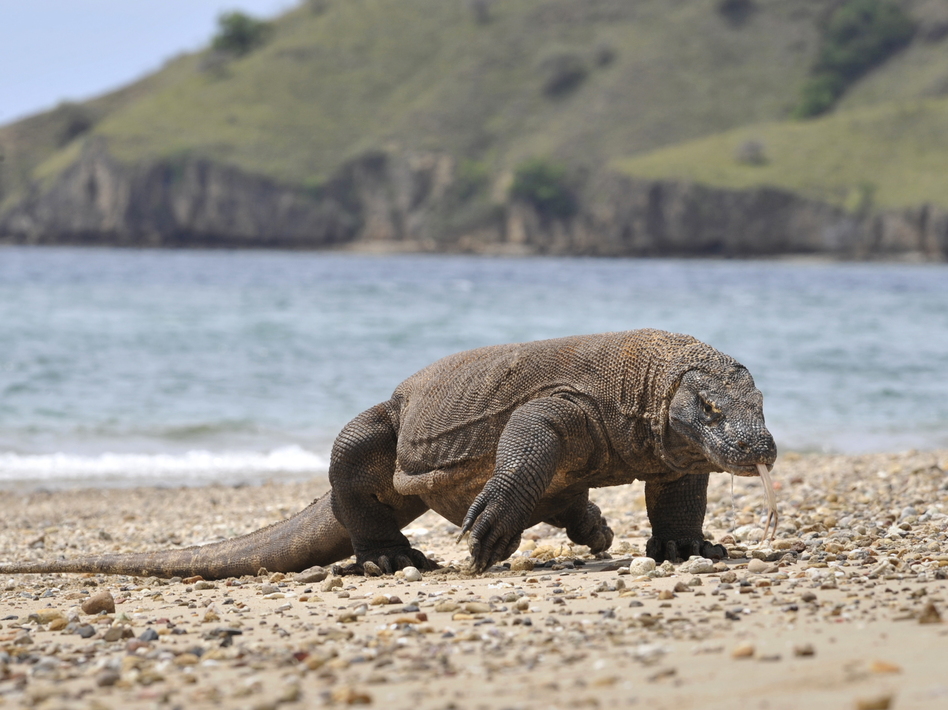 Scaly and with forked tongues, Komodo dragons are the largest lizards still walking on Earth.

But their days here may be numbered.

According to the Red List of the International Union for the Conservation of Nature (IUCN), a health assessment of tens of thousands of species around the world, Komodo dragons have gone from “vulnerable” to “endangered. “.

Why the Komodo dragon – or Varanus komodoensis – so threatened? Climate change.

Rising global temperatures and rising sea levels, according to the IUCN, will reduce the habitat of the Komodo dragon by at least 30% over the next 45 years.

“The idea that these prehistoric animals have come close to extinction in part because of climate change is terrifying,” said Dr Andrew Terry, director of conservation for the Zoological Society of London.

Komodo dragons are originally from Indonesia and only live in Komodo National Park, a UNESCO World Heritage Site, as well as on the nearby island of Flores, according to the IUCN.

“While the subpopulation of Komodo National Park is currently stable and well protected, Komodo dragons outside the protected areas of Flores are also threatened with significant habitat loss due to ongoing human activities,” says The report.

The Red List update, released on Saturday and a day after the start of the IUCN World Conservation Congress in Marseille, brings more bad news.

Of the shark and ray species monitored by IUCN, around 37% are now threatened with extinction.

All of these endangered species are overexploited, according to the group, while some also face habitat loss and are affected by climate change.

It demonstrates the failure of governments to properly manage these populations in the world’s oceans, according to the IUNC, but the report also includes a major achievement in species management.

Of the seven most commercially fished tuna species, four of them – including albacore and bluefin tuna – showed signs of recovery in the last assessment.

According to the IUNC, the improvement of these species is the result of successful efforts to combat illegal fishing and enforce more sustainable fishing quotas.

“These Red List assessments are proof that sustainable fishing approaches work, with huge long-term benefits for livelihoods and biodiversity,” said Dr Bruce Collette, chair of the Tuna Specialist Group. and billfish from the IUCN Species Survival Commission. “Tuna species migrate thousands of kilometers, so it is also essential to coordinate their management on a global scale.”

Still, the group says many regional tuna populations remain significantly depleted in part due to overfishing.

CapRadio provides a trusted source of information through you. As a non-profit organization, donations from people like you support journalism that allows us to uncover stories important to our audiences. If you believe in what we do and support our mission, please donate today.