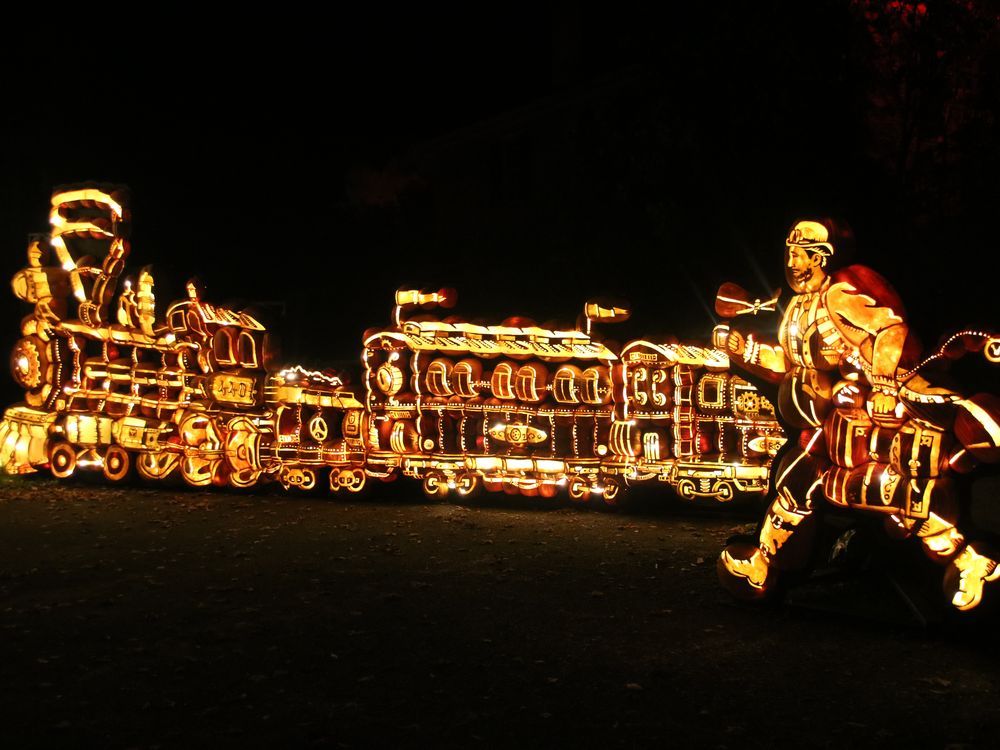 MORRISBURG — As a season draws to a close at Upper Canada Village, tickets to its next popular attraction went on sale Monday.

Pumpkinferno returns from September 30, entering its second decade in the village. This fall also marks the second time that a Pumkinferno will be held at Fort Henry National Historic Site, which the St. Lawrence Parks Commission manages in Kingston.

The Upper Canada Village event will feature seven new displays, more new displays than in all previous years. It will be the alley of lovers, the great outdoors, a tribute to camping, vignettes of children playing, a tropical oasis, an ode to snacks and a “crazy laboratory”.

Tickets can only be purchased online at www.uppercanadavillage.com/event/pumpkinferno.

Michael Fawthrop is promoted to General Manager of Infrastructure and Municipal Works for the City of Cornwall.

The city released the information Sept. 2, noting that Fawthrop will take on the role of Bill de Wit beginning Oct. 3. In this role, he will oversee one of the city’s largest departments which includes infrastructure planning, Cornwall public transit, fleet services, roads and transportation, parks and landscaping, waste management, the municipal water system and the municipal sewer system.

The 2022 budget for these ministries is $45.9 million, of which $19.7 million comes from property taxpayers. The department accounts for about 20% of city spending, as well as the type of infrastructure and services relied on daily, such as roads, drains, parks and waste management.

Fawthrop was first hired by Cornwall as Infrastructure Division Manager in 2016 and later promoted to Infrastructure and Municipal Works Manager in 2021. He worked for WSP Consulting Engineers before joining the city. He earned a Bachelor of Science in Civil Engineering from Queen’s University at Kingston.

de Wit took over from John St. Marseille a few years ago and is retiring.

The moms are coming back

The Rotary Club of Cornwall Sunrise has launched its longest running fundraiser, Mums for Thanksgiving.

Donors can purchase a six-inch pot of florist-grade chrysanthemums in assorted colors for $15 each, which will be delivered to recipients’ doors anywhere in Cornwall, SDG or Kawehno:ke in Akwesasne, the week before Thanksgiving (week of October 1, 2019). 3). Proceeds from this year’s sales will go towards supporting the Agapè Center and Salvation Army food banks, Baldwin House, Akwesasne Family Wellness Center and Center 105.

The club encourages orders from any member of the Rotary Club of Cornwall Sunrise. Orders are also accepted through Rotary’s online marketplace, by private message on the club’s Facebook page, or by email at rotaryclubofcornwallsunrise@gmail.com.