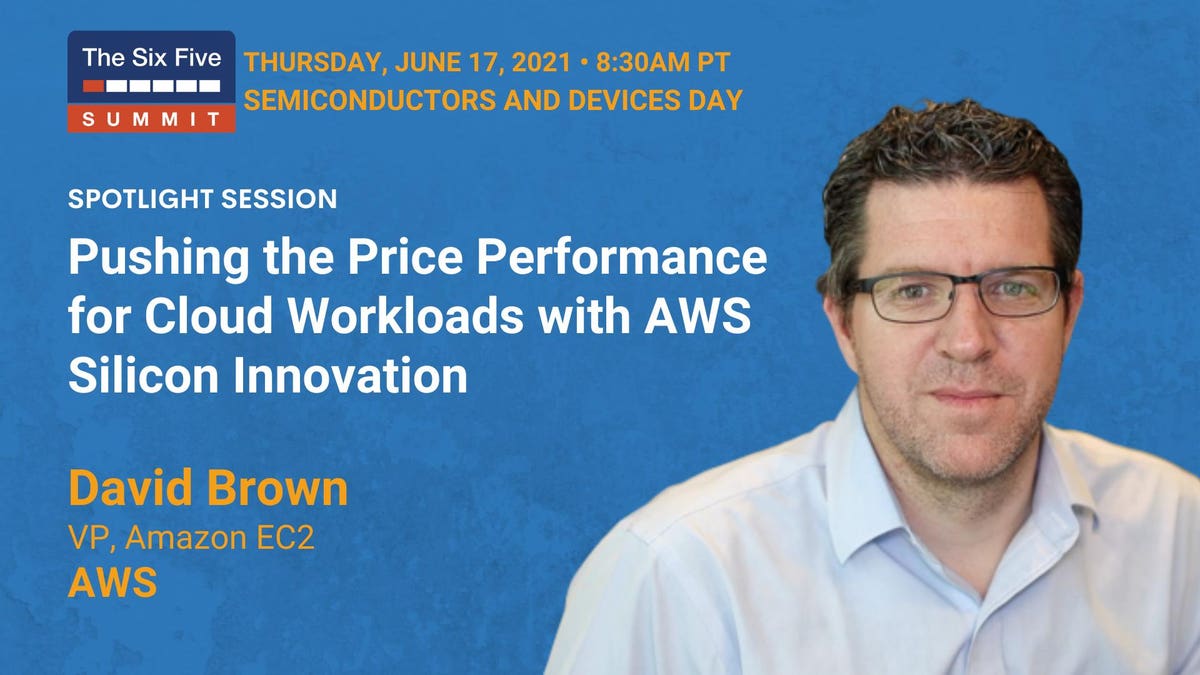 AWS announces the “Graviton Challenge” at the Six Five Summit 2021

Brown explained at the summit that the Graviton Challenge is a new initiative with a four-day plan (customizable over multiple weeks) that provides developers with a step-by-step process to move their workloads from x86 instances to instances based on it. Graviton2. It’s not that AWS doesn’t like Intel and AMD, it does; it’s just that Amazon gives its customers more choice, and that’s always been a good thing, right?

Amazon will offer migration assistance if needed with resources, tips and tricks, and a Slack channel for support. At the end of the process, developers and IT can demonstrate their one-time migration for a chance to win prizes, including freebies, a trip to AWS re: Invent 2021, and the opportunity to perform on stage at the conference. fame. I’m sure taking the stage at re: Invent would turn any developer or IT professional into a total rock star.

I think the Graviton Challenge is a nifty way to show developers what is possible in just four days, with prizes as an added incentive. So let’s take a look at the details of the four-day challenge (not necessarily four consecutive days).

Finally, developers can let the world know they’ve risen to the challenge by posting a post on social media using the #ITookTheGravitonChallenge hashtag.

I always had a little laugh when I heard “software devours the world” and “silicon is a commodity”. As we’ve seen with AWS, the real magic happens when you strategically combine silicon, software, and the cloud. Graviton2 isn’t AWS’s first custom silicon rodeo. I followed AWS’s custom silicon journey that began about ten years ago with the acquisition of Annapurna Labs.

AWS initially sought to accelerate storage and I / O through custom SmartNICs. This evolved into a full virtualization layer called the AWS Nitro system. Nitro added more acceleration and offloads the functions of the main processor used to run and therefore allows 100% of the main processor to be used for applications. Others in the industry call it a “DPU” (Marvell and NVIDIA) and “IPU” (Intel), but it’s cool that Nitro is there first.

The Graviton processor was announced in 2018, signaling the first AWS general-purpose processor and, to me, Arm had “arrived” in the cloud. Arm was important in data center storage, networking, and Nitro, but not in general-purpose computing where developers could run their applications. In 2019, the Graviton2 was announced, and AWS says it offers up to 40% price-performance improvements over x86-based alternatives and has caused a new wave of customer migrations.

Brown says customer feedback has been positive based on the improved value for money. AWS has publicly reported up to 40% improvement in value for money, but Brown says some customers are seeing better numbers for certain workloads.

Customers have also reported that the migration is much easier than expected. AWS has done a great job working with the ecosystem to ensure that the various ISV libraries and software packages are available. Brown said a customer migrated an entire enterprise application in just four days, which formed the basis of the Graviton Challenge. This process did not happen overnight. I was covering Arm in the data center a decade ago and a lot of open source work in the industry has helped me.

Unlike the first Graviton processor, the price-performance improvements of Graviton2 should be a reality on a wide range of general-purpose workloads such as webcasting with NGINX or Apache. Graviton2 has worked well with open source databases and is available with RDS, the relational database service.

Customers are also experiencing compute intensive workloads such as HPC (High Performance Computing) on ​​Graviton2 with high performance networking up to 100 gigabits per second.

The easiest way to use Graviton2 is with a fully managed AWS service with Graviton2 instances. An example would be moving an open source database to RDS using Graviton2. Another option would be to find a simple service and assign a developer for a week or two and assess the progress – the Graviton Challenge is the four day plan to successfully migrate to Graviton2. AWS also offers a free trial available outside of the regular free trial, where you get an expandable T4g instance on Graviton2 to qualify your apps. AWS plans to keep a free trial for a period of time so that customers can continue playing Graviton2 at no cost.

Let me end by saying that the only thing I appreciate about Graviton2 is that it is AWS’s processor with the features that suit the AWS environment, based on customer feedback. There aren’t many people who can point to the same level of customization and performance. I appreciated that AWS didn’t engage too much with the first gen Graviton by suggesting a smaller set of workloads. I was a little surprised and happy to see AWS opening up with Graviton2 because you have to think less about the types of applications that can migrate into the environment.

For AWS, the custom silicon journey will continue in machine inference with Inferentia and training with Trainium. It even has custom silicon for speeding up database queries with AQUA. I like how AWS doesn’t alienate itself from Intel, AMD, or NVIDIA, as I see the company repeatedly announcing with these companies its most recent processors and corresponding instances of AWS. There’s a big pie for everyone — great, super exciting. Finally, I appreciate that AWS announces the news of the Graviton Challenge at our event and look forward to seeing some of the customer stories from this challenge and seeing the best on stage at AWS re: Invent.

Disclosure: The Six Five Summit is a vendor sponsored event hosted by my company, Moor Insights & Strategy and Futurum Research.

Patrick was ranked the # 1 in 8,000 analyst in the ARInsights Power 100 and the # 1 most cited analyst in the Apollo Research rankings. Patrick founded Moor Insights & Strategy based on his real-world technology experiences with an understanding of what he wasn’t getting from analysts and consultants. Moorhead is also a contributor for Forbes, CIO and Next Platform. He runs MI&S but is a generalist analyst covering a wide variety of topics including Software Defined Data Center and Internet of Things (IoT), and Patrick is an expert in client computing and semiconductors. He has nearly 30 years of experience, including 15 years as an executive in high-tech companies in charge of strategy, product management, product marketing and corporate marketing, including three appointments to the industry board of directors. Prior to founding the company, Patrick spent over 20 years as a high-tech strategy, product and marketing manager, dealing with personal, mobile, graphics and server computer ecosystems. Unlike other analyst firms, Moorhead has held senior positions in charge of strategy, marketing and product groups. He is grounded in reality because he led the planning and execution and had to live with the results. Moorhead also has extensive board experience. He was a member of the board of directors of the Consumer Electronics Association (CEA), the American Electronics Association (AEA) and chaired the board of directors of St. David’s Medical Center for five years, appointed by Thomson Reuters as one of America’s Top 100 Hospitals.