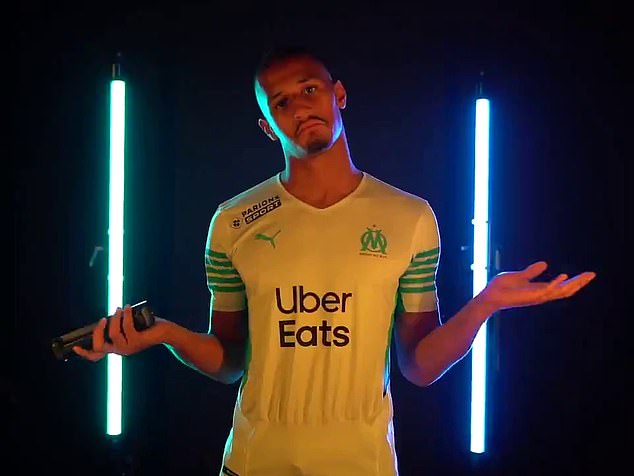 Arsenal defender William Saliba will spend the coming season on loan at Marseille, in Ligue 1.

The 20-year-old center-back joined the St Etienne Gunners in 2019 on a five-year contract worth Â£ 27million, but has yet to make his first-team debut.

He was loaned to St Etienne for the 2019-20 campaign and spent the second half of last season with Nice.

And Arsenal announced Thursday that the France Under-20 international will have another loan in his home country with a one-year stay in Marseille.

Technical director Edu said on the club’s website: â€œTogether with William we decided that it would be good for his continued development to spend another season on loan.

â€œWilliam joined us when he was 18 and he’s only 20, so he continues to develop all the time.

â€œWilliam is a player with strong natural abilities and next season has the potential to be really beneficial for him at Marseille, a good club.

â€œPlaying another season in Ligue 1 will be very important for his development.

Despite finishing as the Blues’ top scorer last season, the England international has fallen out of favor at Stamford Bridge since the arrival of new manager Thomas Tuchel in January.

The 23-year-old has only made two appearances for the European Champions since February, and valued at Â£ 40million is being sued by his childhood club.