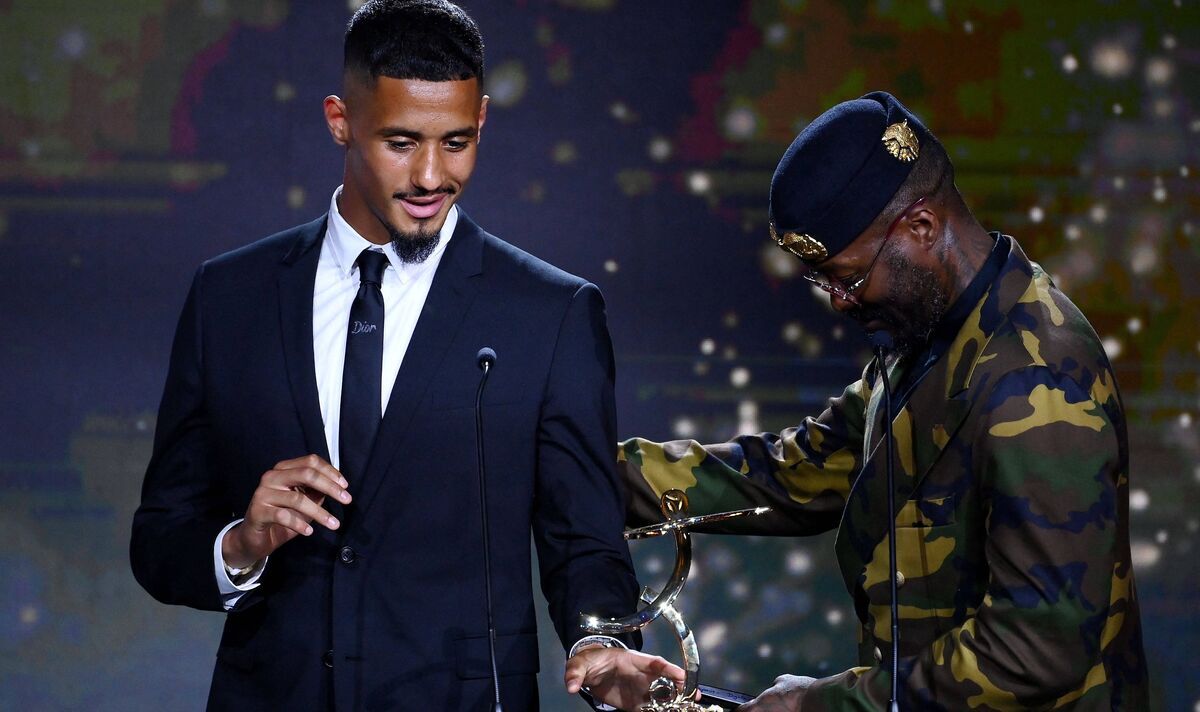 The Champions League is the only goal for Mikel Arteta at the moment – but the Arsenal boss faces a tough decision this summer regarding one of the club’s brightest stars. William Saliba is yet to make a senior appearance for the Gunners but the promising centre-back has just followed in Kylian Mbappe’s footsteps following his impressive loan spell with Marseille.

The defender has started all but one Ligue 1 game so far this season, and his performances under Jorge Sampaoli earned the player his first senior loan cap for France in March. Now, Saliba’s consistent form has been recognized as the 21-year-old was named the division’s Young Player of the Year.

Saliba edged out competition from Arnaud Kalimuendo, Castello Lukeba, Nuno Mendes and Khephren Thuram to receive the award. The player on loan from Arsenal was presented with the trophy by former Liverpool and Marseille striker Djibril Cisse at a ceremony in Paris on Sunday evening.

Saliba succeeds Monaco’s Aurélien Tchouameni as the division’s Young Player of the Year and has also been included in the Ligue 1 Team of the Year. Paris Saint-Germain star Mbappe – who has already received the youth award three times – was named Player of the Year for the third consecutive year.

Saliba is entering the final two years of his contract with the Gunners, and the centre-back gave a coy response when asked about his future at the awards ceremony. When asked if he will stay with Marseille for a second season, he said to Metro: “We’ll see, only time will tell.”

The award ironically comes at a time when Arteta faces a defensive headache ahead of the final two matches of the season. Rob Holding is suspended for Monday night’s clash at Manchester United, while Gabriel and Ben White are feared for injury as both were out of training over the weekend.

However, it’s clear that the Arsenal boss faces a dilemma when it comes to Saliba’s future in the capital. Arteta relied on an established partnership between Gabriel and White, and Holding was forced to settle for a bench role for much of the season.

Unless the Gunners boss is considering a potential move to three backs, it’s hard to see the Marseille player enjoying the same minutes at his parent club. Arteta insists Saliba’s development in Ligue 1 has followed a collectively agreed plan, but the £27m signing is unlikely to accept a bench role given his form this season.

Marseille president Pablo Longoria has already confirmed that the club would be interested in negotiating a permanent contract for the young defender. A second loan spell could also be on the table, although Saliba’s contract status could make another temporary exit difficult unless an extension is agreed.

Arsenal legend Thierry Henry has been critical of his former club’s approach to the defender so far, and fans have echoed that frustration as the centre-back has consistently impressed this term. Another loan or even a permanent transfer would likely spark outrage from the fan base, and Saliba’s performances have given Arteta a dilemma to solve this summer.