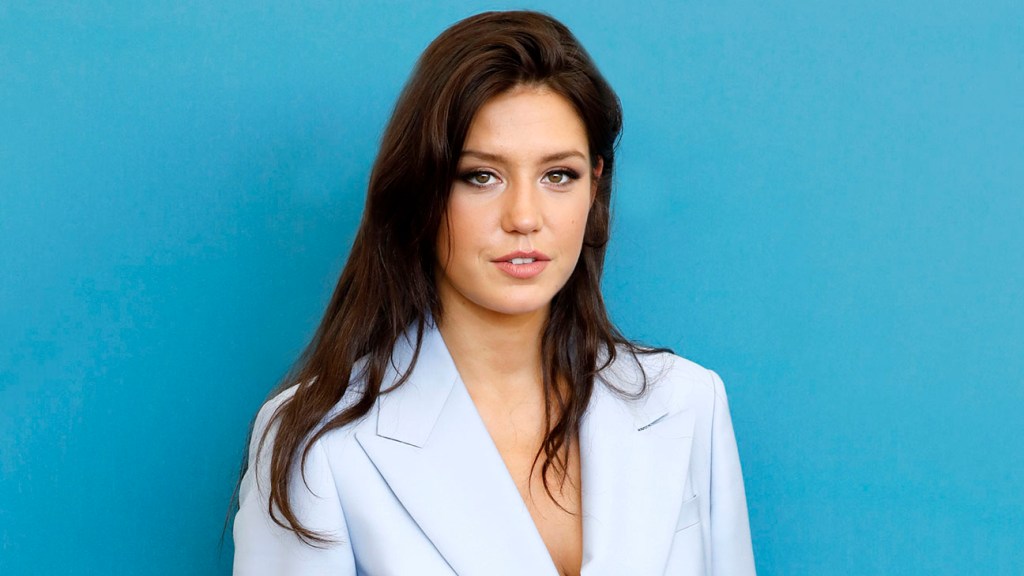 Adele Exarchopoulos says “I have no regrets” – The Hollywood Reporter

It has been barely eight years since AdÃ¨le Exarchopoulos became the cinematographic revelation of the Cannes Film Festival. The French actress not only enjoyed her major breakout moment on the Croisette with 2013 Blue is the warmest color, Abdellatif Kechiche’s lesbian romance, acclaimed by critics, but made history by becoming the first actress to win the Palme d’Or – alongside her co-star Lea Seydoux – and, at just 19 years old at the time, its youngest recipient.

Less than a decade later and several visits to Cannes later, Exarchopoulos – now 27 – is back, this time with two films. At Julie Lecoustre and Emmanuel Marre zero fuck given – appearing in the Critics’ Week sidebar – she takes on the role of a party stewardess working for a low-cost European airline and struggling with her own sense of identity and purpose as she pulls herself together travels from one destination to another.

Out of competition and acquired by Netflix during Cannes, she is also part of an ensemble cast in CÃ©dric Jimenez’s thriller The fortress, set in the crime-soaked streets outside Marseille and following the infamous BAC police squad, which is deploying morally questionable tactics to improve drug seizure statistics.

Talk to Hollywood journalist, Exarchopoulos reflects on his relationship with Cannes and how it was â€œthe start of it all,â€ but considers the good times and the bad (Sean Penn’s The last face), the career path she followed after her explosive escape in Blue is the Warmest Color and explains why Thierry Fremaux might not want to hear what happened to his Palme d’Or statuette.

You return to the festival where you made your major breakthrough, won the Palme d’Or and have been there several times since. Does Cannes hold a special place in your heart?

Yes, I have strong memories of Cannes. But the funny thing is that for Blue is the warmest color, I didn’t really realize what was going on. I didn’t know about the commercial, I didn’t know what was significant and what wasn’t, so it was all pretty exciting. I didn’t even know we each had a Palme d’Or! I remember around 4 in the morning after a party with my friends, one of them said to me: “Wow, did you know that this is the first time and probably the last time that the Palme goes to a actor â€, and I said to myself no! So for me Cannes is really the beginning of everything, but at the same time I had both experiences in Cannes. I went there with Blue is the warmest color and it was a huge success, and everyone was like ‘oh this is amazing’ and then i went with the Sean Penn movie (The last face) and it was really hard. Cannes can really destroy or build you up. There is obviously good constructive criticism, but then there is often [some] that seems pretty unfair. There is a lot of noise !

Where is the Palm now?

Ooh la la, I hope Thierry Fremaux never sees this interview. So we got our awards a year later because they had to build them, and I was so happy we had a special party. The Palm comes on this plinth, to support it and I was so excited thatâ€¦ I broke it. I didn’t glue it back on, I just tried to hold it in place. Anyway, it’s now with my parents. But to be honest, I love the story more than the statue.

zero fuck given – great title aside – is a truly interesting film that opens a fascinating window into the lonely world of the budget flight attendant. What drew you to the role?

I have already watched the directors’ short films, they were in the same style with a real documentary side, natural. And he [Marre] told me he didn’t have a script at the time – he just wanted to talk about loneliness and how you find your life purpose. He said it was going to be a very small crew, that we actually didn’t have any permission to shoot on planes so we would make a deal where everyone on board would agree to be filmed but could travel for free. And he was like, wanna come with me?

It was just me and my sister. And my father is the distributor of the film! But yes, everyone is their own real character. The airlines knew this and they chose flight attendants. It was truly an experience. Sometimes there were scenes shot on an iPhone. Honestly, it was really crazy and it feels so much like a documentary. There was no makeup department – I did my own. It meant it was really hard not to get lost in the character.

Has it changed your attitude towards people in these kinds of jobs, when you see the mundane repetition?

To be honest, playing a flight attendant for a low-cost airline made me realize the difficult pace and the fact that when you’re in the air you can’t really do anything related. to his life. For example, we were about to take off and I got a message from my son’s school about a problem, and I was trying to deal with it, but we had to take off and I couldn’t do anything do for several hours. It’s very difficult. There is also this image of the flight attendants, you see where they stay in each country with their teams in the hotels, see the world, but at the same time you are always far from home and cannot tie real relationships.

The fortress is a very different film, a thriller set in the crime-ravaged streets outside of Marseille. What attracted you to this kind of film?

It’s a mainstream movie, but what I really liked was the way it shows people on both sides – including people who live in this tough neighborhood – just trying to get out of it. You also see the bosses of these drug trafficking organizations and these are the people who wear the costumes. They are never the ones who will have problems. He showed that those who still suffer are the families. It really is a good mirror of society – showing what happens when hard right-wing politics are forced on people.

You’ve had a real mix of movies since Blue is the warmest color. Was there a particular career path that you chose to follow when selecting your projects?

If I remember correctly, I was very young so I didn’t try to have a strategy. I remember getting a lot of offers and I think what I’m really proud of is being honest with myself. I thought, of course, that people might believe I can do anything now, but I know I can’t because I still have things to learn. I won’t say which ones of course, but there are films that I made of which I was not particularly proud and of which I regretted elements. But I still really remember why I made them. And it was either for human interaction or to work with a director or for a character. But I think the choices you make reveal who you are, and can also be quite political, even if it’s not consciously. I just tried to follow my instincts and so far I have no regrets. It must have been difficult to have such a breakthrough and then manage the number of offers, trying to figure out what the best direction would be. What was hard was that I traveled for a year with Blue is the warmest color, and that was really cool – I discovered a lot of things, learned a lot about myself and stood up for the movie, and then when I came back to reality I had to make those choices. And that was the way people looked at you and tried to make you into something – like, oh, that would be nice if you lost weight, or if you did that. One day I was like okay, I don’t want to be like those people who feel lonely because they shoot movie after movie, and I don’t want to be what people project on me. I really wanted to keep my freedom. So it was difficult, but luckily all the people around like my family are not from the industry and don’t really care. So there was always a feeling of luck and fun – like wow, I’m gonna work with Sean Penn or oh la la, I’m gonna work with Ralph Fiennes! I have never been bored.

Interview edited for length and clarity.

The worst charlatans of the Covid-19 pandemic

The charm of the Marseille coil, News & Top Stories