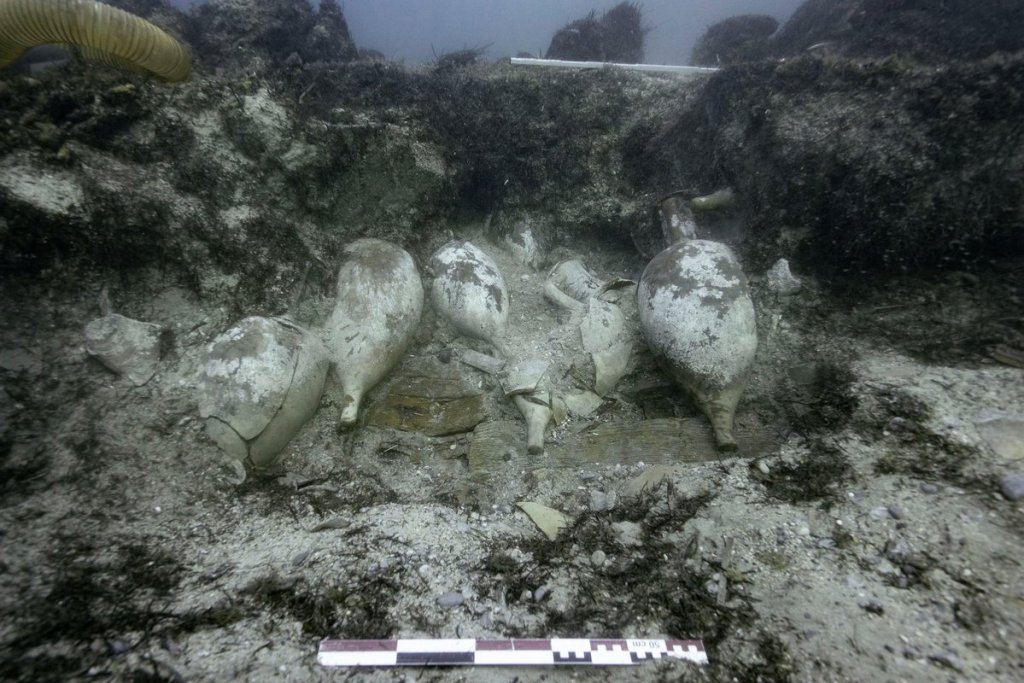 France is investigating the looting of an ancient shipwreck discovered in the depths of the Mediterranean Sea.

The 2,200-year-old ship was discovered by archaeologists in 2017. A recent official exploration of the wreck revealed that unauthorized divers had reached it first, damaging the structure and looting the rare clay vessels stored at inside.

The ship, nicknamed Fort Royal 1, is said to have sunk or lost its cargo near Sainte-Marguerite, one of the Lérins Islands off Cannes, in the 2nd century BC. It carried amphoras or large Greek and Roman jars used to store wine.

“Well-preserved shipwrecks from this period are particularly rare,” said a joint statement from the marine archeology department of the French culture ministry and Marseille authorities. “That’s why the opportunity to study wooden bodywork and cargo is absolutely exceptional.”

“The loss of scientific and historical information is likely significant,” the statement continued. In response to the “looting of a major heritage site”, navigation and mooring around the wreck is now prohibited and an emergency salvage operation has been launched. Ecologists are currently on site to assess the damage.

The merchant ship was discovered in 2017 by leading French marine archaeologists Anne and Jean-Pierre Joncheray, who spent decades searching for shipwrecks in the Mediterranean. Jean-Pierre died in 2020.

The Joncherays found 17 urns in what they called “remarkable” condition and continued to excavate Fort Royal 1, named after a fortress on Île Sainte-Marguerite, until 2019. At this time, it is unknown how many wine containers were looted. or damaged.